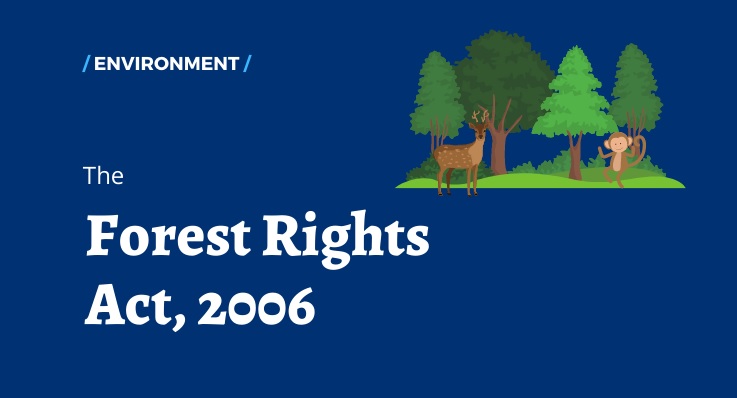 Around November this year around two dozen villages in Odisha’s Ranpur block of Nayagarh district received around fourteen (14) community forest right (CFR) titles under the Forest Rights Act  2006 (FRA). The villagers also received the same number of community forest resource right (CFRR) titles as well. I along with Chairman District Development Council Budgam Nazir Ahmad Khan had also been invited to participate in this event that was held in a remote forest village of Surkabadi in district Nayagrah which is around 100 kms from Odisha’s capital city of Bubaneshwar.

The event was more like a festival as this was a historic day for the residents of two dozen villages. Hundreds of men , women , children wearing traditional colourful clothes had assembled in an open field as early as 9 am on Nov 22nd , the day when people were supposed to get the title. The actual event started in the afternoon, but the enthusiasm of the people was so charged that they kept waiting for their MLA and other officers of the administration  under scorching sunlight for several hours.  The local MLA of Ranpur Satyanarayan Pradhan and Chairman DDC Budgam Nazir Ahmad Khan jointly gave away the CFR titles to villagers. The officers from forest , revenue and tribal affairs department were present on the occasion.

The people around Ranpur forest area in Nayagrah district have already been working for conservation and protection of their forests and forest resources including the wildlife for last 24 years under the banner of Maa Maninag Jangal Suraksha Parishad (MMJSP) which is a confederation of around 132 community based forest protection groups  in 132 villages. Arkito  Sahu the Secretary of the Maa Maninag Jangal Suraksha Parishad has been putting his sincere and tireless efforts to organize the people in 132 villages for protection and conservation of forests. To give them institutional support V Giri Rao the Director of Vasundhara a reputed NGO based in Bhubaneshwar has also been working with people like Arkito Sahu for last many years.  Vasundhara has been working around Ranpur area from 1995. This NGO has helped MMJSP with institutional support like the documentation of their great work and to involve women in forest committees which has been a very tedious task. After enactment of the Forest Rights Act in 2006 Vasundhara and MMJSP have been working more rigorously to ensure the benefits of this legislation reach out to the forest dwellers around Ranpur block.

It is for the first time in last 14 years since the enactment of the Scheduled Tribes and Other Traditional Forest Dwellers (Recognition of Forest Rights) Act, 2006 commonly known as Forest Rights Act 2006 (FRA) that community forest rights (CFR) or community forest resource rights (CFRR) were conferred on other traditional forest dwellers (OTFD) as well. In the past the titles were mostly conferred on scheduled tribes (ST’s) in India but due to local community mobilization by civil society groups all this was possible. The community rights conferred on the 24 villagers which includes joint title for a group of villages to collect and use the firewood and household implements within and outside traditional boundary. The villagers have the right to collect, process , use and sell minor forest produce, such as bamboo, kendu leaves (making beedi’s) , tubers, green leaves etc. The villagers are allowed to undertake value addition , storage and transportation of the products. The rights on the water bodies along with fishing and grazing rights have also been given to the 24 villages. This was not the case in the past. Many villagers would be sent to jail as the forest department would invoke various sections under  the Indian Forest Act of 1927.

Last year, the Divisional Forest Officer (DFO) of Pir Panjaal forest division Budgam tried to evict forest dwellers in almost one dozen villages in the district on the orders from his higher authorities. As explained in some of my articles the DFO invoked subsection 1 of section 79-A of Indian Forest Act 1927 which was overriding FRA 2006.

In many villages apple trees were chopped off by the forest department which was completely a violation under the Forest Rights Act (FRA). The FRA 2006 had been extended to J&K along with many central laws on Oct 31st 2019 but was not being rolled out and instead of giving the benefits of the FRA to tribals or other traditional forest dwellers, the J&K Govt started evicting the people living near forests calling them encroachers. We highlighted this issue through and held protests as well and the Govt was forced to stop the eviction process.

It is very important to note that the preamble of the FRA says that this law is to recognize and vest the forest rights and occupation in forest land in forest dwelling Scheduled Tribes and other traditional forest dwellers who have been residing in such forests for generations but whose rights could not be recorded. The preamble further reads

Under the Forest Rights Act the local Gram Sabha’s  are empowered to protect and conserve or even manage the forests or forest resources. The act gives the local communities like forest dwelling scheduled tribes or other traditional forest dwellers (OTFDs) the rights to protect and preserve the forest’s biodiversity and wildlife as well. The section 5 of the Forest Rights Act 2006 reads

“That holders of any forest right, Gram Sabha and village level institutions in areas where there are holders of any forest right under this Act are empowered to – (a) protect the wild life, forest and biodiversity; (b) ensure that adjoining catchments area, water sources and other ecological sensitive areas are adequately protected; (c) ensure that the habitat of forest dwelling Scheduled Tribes and other traditional forest dwellers is preserved from any form of destructive practices affecting their cultural and natural heritage; (d) ensure that the decisions taken in the Gram Sabha to regulate access to community forest resources and stop any activity which adversely affects the wild animals, forest and the biodiversity are complied with “

A false narrative has been built that forest dwellers are the threat to forests. Gujjars or other people in J&K are being called encroachers, but has the Govt ever tried to involve them in forest conservation through community participation? Who had stopped successive Govt’s in J&K in past to enact a FRA type legislation ? I myself saw forest dwellers protecting forests in Odisha during my recent visit and FRA has further strengthened their resolve & commitment. Ironically many forest officers apprehend FRA will destroy forests but they never utter a word when the J&K Forest Advisory Committee (FACs) gives permission for axing of hundreds of trees every year for so-called “development “. Who has destroyed forests of Jammu & Kashmir in the last 75 years? From 1950’s to early 1990’s our Deodars were axed to make sleepers for Indian Railways. Kail & Fir trees were axed to build mega hydropower projects and dams. Even the small hydropower projects built without dams through Run of River (ROR) technology have been disastrous. Having suffered such a huge loss we don’t even get electricity for 18 hrs a day in J&K ? Let the Govt put a moratorium on further destruction of our forests and give its control to local communities as mandated under the Forest Rights Act….

The author is an Acumen Fellow. He is Founder & Chairman J&K RTI Movement and Anant fellow for Climate Action. 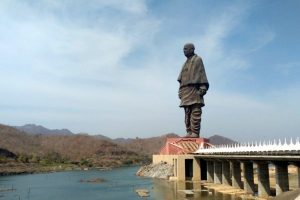 Bureaucracy needs to go back to Patel’s original idea 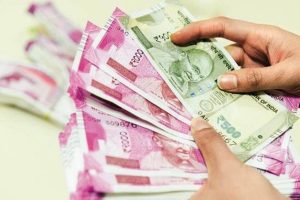