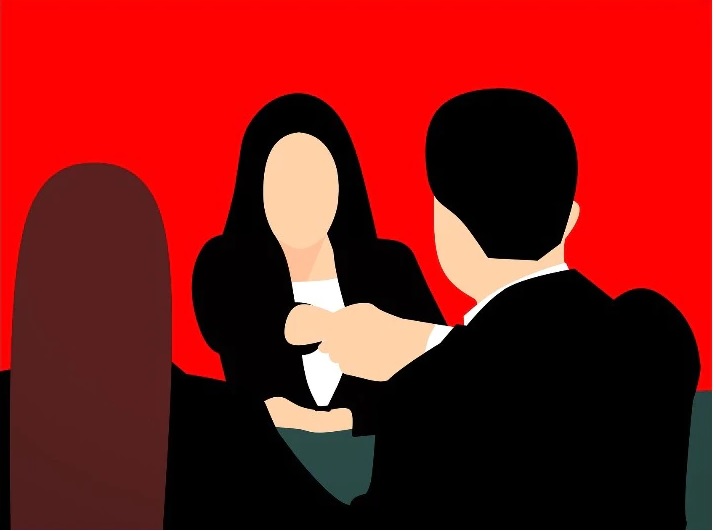 As India is busy taking shots at recovery against Covid 19 latest variant Omicron, lost in euphoria of taming it is the growing cacophony of hate crime once again. The latest is when many Muslim women woke up to a horror of their photographs being stolen and morphed for a webpage, hosted on code sharing platform Github with the intent of “auctioning” them on New Year’s day code named ‘what’s the deal’..

From Sulli Deals, a derogatory term used by right-wing social media trolls for Muslim women six months ago to the Bulli Bai app. Already police have arrested five students between 18-26 years from Bengaluru, Rudrapur, Kotdwar, Jorhat and Indore for creating these apps. Worse, they have no regrets for their heinous misdeeds which induced raw emotions of hate.

Questionably, what could have brought them all together in a mission to shame, embarrass, scare and dehumanise over 100 Muslim women concertedly and brazenly? Alas, nobody wants to address questions on why content on social media are becoming more venomous and toxic?

Can such issues which blatantly deepen religious cleavages by pitting Indians against each other be condoned as done in ‘the heat of the moment’ thereby unleashing a Frankenstein? How does one control the hate mongers and blunt them? Is the Government capable of defusing this treacherous lethal keg?

Shockingly, around 91% of hate crimes recorded in the last decade took place after Prime Minister Modi came to power. According to Hate Crime Watch, out of 287 hate crimes motivated by religious bias from January 2009 to April 2019, 262 took place between 2014-19 whereby 99 persons were killed and over 703 wounded across 23 States.

Cow vigilantism was the most common reason for attacks with 77 such hate crimes. Overall, there were 124 cow-related hate crimes. The other frequent causes were opposition to interfaith relationships (15%) and communal clashes (10%).

Why blame youth alone? Our political tribe is worse. Given our netas have perfected intemperate language to inject poison in society over the years, from communal hate speeches, taking crude and repulsive swipes at rivals to stoking communal violence and sowing seeds of rabid communalism. Namely, dangerous and diabolical machinations of vote-bank politics, pitting Hindus against Muslims, creating fissiparous tendencies resulting in a communal divide.

The Congress accuses the BJP for engineering a Hindu majoritarian communal style of politics by using tactics like attempting to electorally marginalise Muslims to patronising communal violence, especially around the emotive issue of gau raksha, love jihad and ghar wapsi. The Hindutva Brigade slams its rival as a ‘Muslim party’ part of the “tukde-tukde gang” which protects terrorists and is “working on Pakistan’s agenda” and belongs there.

Undeniably, we are watching cut-throat communalism at work. Whereby, our netas have made nationalism and the Hindu-Muslim vote-bank the tour de force of politics. With every leader propounding his self-serving recipe of ‘communal’ harmony harbouring the same intention: To keep their gullible vote-banks emotionally charged so that their own ulterior motives are well-served. Never mind, the nation is getting sucked into the vortex of centrifugal bickerings.

Clearly, the level of poison and hate coursing through political and social India injecting venom in young minds and radicalizing them is worrisome and fraught with serious ramifications. Certainly the youth have plenty to be angry about. One, acute disruption of education and unemployment pushed many into online echo chambers that are resolute with the cause of their suffering. Two, polarization thanks to technology and social media is more extreme than any physical ghettoisation.

Pertinently, it underscores that toxic inputs across society starting with rabid politics of communalism, religious hatred leading to mob violence online and offline creates a domino effect destroying young innocent minds and turning them into monsters of venom and hate.  Pointing to society’s utter moral bankruptcy where communal elements openly target, vilify and perpetuate sexual violence against women and minorities with alarming impunity.

Importantly, no quarter should be given to those who fan hatred among people and communities. Be it a Hindu ‘messiah’ or Muslim ‘mullah’. Both are destroyers of the State, which has no religious entity. Thus, our moral angst cannot be selective but should be just, honourable and equal.

In a mammoth one billion plus country there would be a billion views whereby one cannot curtail people’s beliefs and rights. One is free not accepting another’s view as it is a matter of perception. A statement objectionable to one might be normal for another. However, no licence should be given to anyone to spread hatred or ill-feeling towards any community.

In this dog whistle surcharged communalised atmosphere with dangerous ideas expressed in fissiparous language which appeal to baser emotions and promises unapologetically sectarian beliefs, the time has come for us to look at the perilous implications of the insidious out-pourings which inject poison in society.

Today, India is facing an existential crisis — a pluralist, inclusive India is defending itself against toxic religiosity. Averting this dystopia requires work on multiple fronts: The police needs to look whether these youngsters were part of a larger conspiracy aided by organized groups spreading hate. Alongside, tough policing of hate crimes, effective social media regulation and politics staying away from religious misadventures.

Time to adopt zero-tolerance stance on offensive and disruptive toolkits. The message has to go out clearly that no one belonging to community or group can spew hatred, and if they do, they lose their democratic right to be heard. Such dangerous proposals have no place in a civilised society.

In the ultimate, when we do a cost-benefit analysis, we need to answer a simple question: Is this toxicity really worth the price the country will pay? Who will bear the cross? Unless the larger network fuelling such hate and bigotry is brought to justice the anonymity and radicalization offered by social media and internet will continue to incubate these acts.

Stringent and timely action is the only apt response. India is a big country with enough room for all to live in peace and goodwill. The aim should be to raise the bar on public discourse and digital media, not lower it. India could do without citizens who distort and in turn destroy democracy.

Impact of melting glaciers on river system, food security
Forest Rights Act is all about Community Control of Forests
Comment