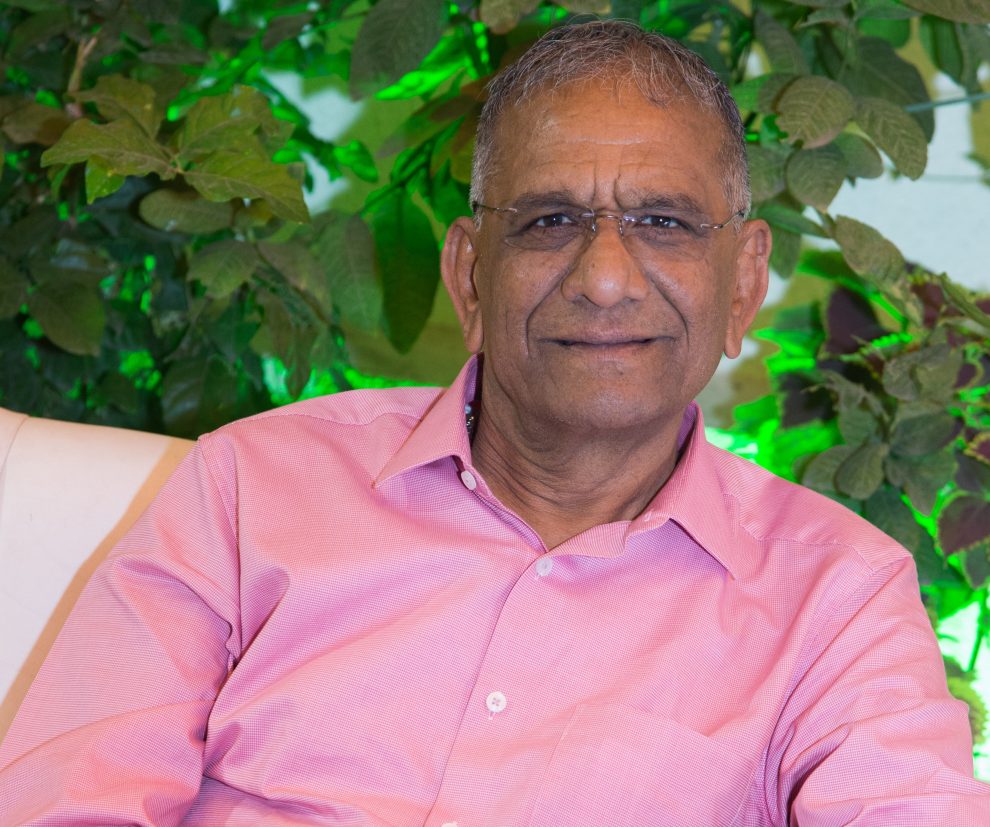 On 14 May 2015, Chief Minister of Gujarat Anandiben Patel joined Prime Minister Narendra Modi with a twenty-six-member delegation of industry leaders and officials on the first day of his state visit to China. The delegation included top officials from Gujarat such as Arvind Agrawal, Additional Chief Secretary, Ms S. Aparnaji, Ms Mamta Verma, Mrs Minaxiben Patel, Ahmedabad Mayor, and representatives of major industries, including Shree Parimal Nathwani and Shree Hemant Desai of Reliance, Shree Sudhir Mehta of Torrent Group, Shree Nitin Shukla of Shell, Shree Shankar Kaka of Unique DyeChem, Shree Raju Shah of Hansa Engineering and my friend Mathurbhai Savani. Young businesspersons such as Karan Gautam Adani of Adani Group, B. K. Goenka and Chintan Thakar of Welspun, Jakshay Shah of CREDAI, Yatindra Sharma of KHS Machines and representatives of Tata Chemicals, Essar Group, and L&T joined us in China. I represented the diamond industry in the delegation. I had been an avid traveler, giving up no opportunity to see the new places but this was a different opportunity, travelling with Prime Minister and his delegation.

It would be my first visit as a part of state delegation, and I felt both good and elated. The world is deeply interconnected. The decisions taken by business leaders and governments eventually affect the life of ordinary people in factories, fields, and offices in a significant manner. Nothing, whether good or bad, happens without human decisions triggering it first. While I got proper business suits packed for the occasion, Champa made a bundle of Thepla and Sukhdi for me. Despite having all the glitter and gold of the outside world, we both remain simple, Kathiawadi people of the land at the end of the day.

On 17 May 2015, we arrived in Guangdong, formerly known as Canton. Guangzhou is the capital of Guangdong. Along with the neighbouring cities of Foshan, Dongguan, Zhongshan and Shenzhen, Guangzhou forms one of the largest urban agglomerations on Earth and is the heart of the Chinese manufacturing industry. I took some time off to visit the temple of the City God of Guangzhou. I was curious, as I knew China as an atheist country, so how come this temple? Which God is worshipped there? I found out that the Chinese traditionally believed that Guardian Gods watched over their cities. Every major city has its own City God to whom locals would appeal to during hard times. I found it quite an interesting concept. What if there was a God of Surat as a mediator to settle local issues?

We drove to Shenzhen across the Pearl River, on 19 May 2015. Shenzhen is the financial hub of China. Due to Shenzhen’s proximity to Hong Kong, every multinational company doing business in China is headquartered here. It was here that Deng Xiaoping opened up the Chinese economy in May 1980 and converted Shenzhen as an SEZ, almost like Hong Kong on mainland China. We visited Hong Kong on 19 May 2015. The Gujarati Samaj in Hong Kong hosted a Grand Dinner at the Holiday Inn Hotel. Next day we landed at Ahmedabad in our Chartered flight from Hong Kong.

To succeed a great leader has never been easy throughout history. The burden of high expectations and the reality of internal strife presents a deadly combination before each successor of a legend as a rule almost every time. The business communities had benefitted from the Gujarat Model, but the businesspersons constituted around 10 per cent of the population. Fifteen per cent of the people are Adivasis; more than 15 per cent constitute fishing communities, pastoral and other peasants and artisan communities and Dalits. They were all rallying behind Narendrabhai but now conflicts between some of the communities around economic and social issues started coming to the forefront.

The seventh Santokbaa Humanitarian Award for the year 2012 had been announced for His Holiness the Dalai Lama, the foremost spiritual leader of Tibetans and believed to be the incarnation of Avalokiteshvara, a Bodhisattva of Compassion. I along with my family members met His Holiness on New Year’s Day of 2015 upon his arrival in the city to everyone’s joy. When I told him about my farmer background, he beamed with enthusiasm and said, ‘I am a farmer’s son from north-east Tibet. So nice to meet a farmer’s son from Gujarat.’

The next day, at the Sanjeev Kumar auditorium, a packed crowd enthusiastically welcomed His Holiness’ arrival to receive the Santokbaa Award. The Indian government accorded His Holiness the Dalai Lama, the Head of State honour, as the king of Tibet. The Governor of Gujarat, Shree O.P. Kohli conferred upon His Holiness the Award. Pankaj Patel, the Chairman of Cadila Healthcare and President of FICCI was the Chief Guest.

In his acceptance speech, His Holiness said, ‘I have three commitments: as a human being to the promotion of human values in the interest of general happiness, as a Buddhist monk to encourage harmony and mutual respect among religious traditions, which all convey a common message of love, compassion, tolerance, contentment and self-discipline; and finally, as a Tibetan, to preserve the knowledge of the mind that is rich and deep and, while most accurately expressed in the Tibetan language, which is most useful and relevant today.’

I met His Holiness for the third time the next day morning when he departed for Nashik. I took some fruits for him that he politely declined. He said, ‘As a Buddhist Monk, I eat only once in a day. It is good for health and helps in the meditation practice.’ Then he laughed loudly and said, ‘But I am very fond of sleep.’ After a pause, he said, ‘Even at the age of nearly eighty, I continue to read and study.’ His Holiness gave me a very kind hug and said, ‘Our hearts are now connected.’

Excerpted with permission from Diamonds Are Forever, So Are Morals: An Autobiography of Govind Dholakia, as told to Arun Tiwari and Kamlesh Yagnik, Penguin Enterprise. Read more about the book here and buy it here.

This book describes how a small group of villagers in Uttar Pradesh carried out a ‘slave revolt’ and founded the town of Azad Nagar
On the characteristics of the Indian Agritech Landscape, and what new Agritech offerings mean for the farmer
Comment