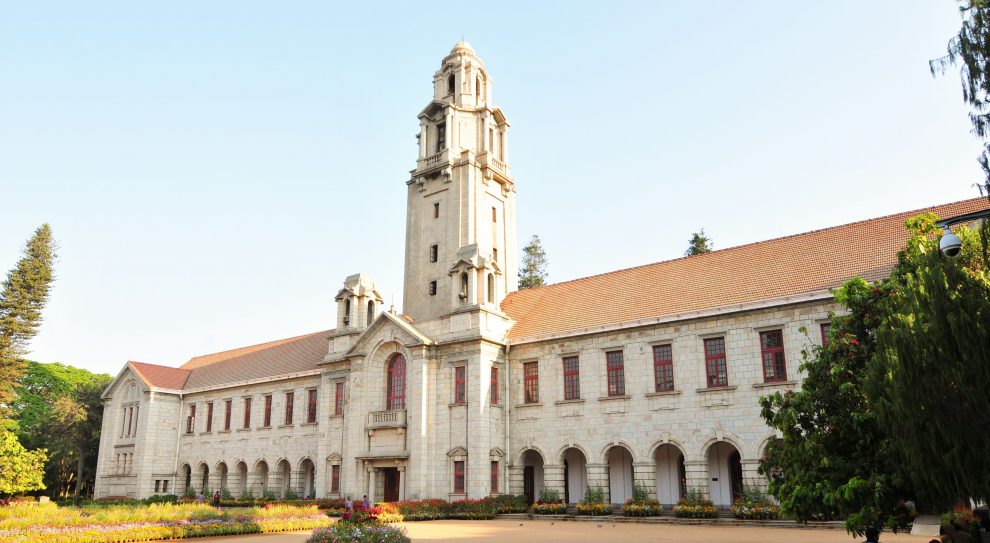 The IISc campus is among the best places to work at in Bengaluru. The dense foliage filters out the dust, reduces temperatures to comfortable levels in summer, and stifles the din of traffic. The campus didn’t look like this in its early days. There were only a few trees scattered over the 400-acre campus when the institute was set up in 1909. Modern science was only just beginning in India. Indian scientific institutions were then places of frugality and contentment, small funding and minor ideas, constant jealousies and guarded territories. Research in Indian universities was largely old-fashioned. Equipment in their laboratories was of vintage design. IISc, too, despite pockets of excellence, absorbed and radiated this mindset.

The institute had a fortuitous origin. Jamsetji Tata, the industrialist who founded the Tata Group, met Swami Vivekananda on a voyage to Europe in 1893. When the swami learnt that Tata was travelling to Europe with soil samples to have them analysed, he goaded the industrialist to set up an institution to do research for India’s private companies. The wisdom of Vivekananda’s advice dawned on the businessman over a period of time. By 1896 he had made up his mind to set up a research institute in the country with a mandate to help Indian companies develop technology.

During their meeting, Vivekananda had asked Tata to meet Krishnaraja Wodeyar, the Maharaja of Mysore, who had sponsored the spiritual leader’s trip to Chicago. Wodeyar readily granted 371 acres of land for the planned institute. Getting permission from the British government was not so easy. Tata’s acolytes were disheartened after their application was rejected by Lord Curzon, the Viceroy of India. Tata waited patiently for the viceroy to change his mind. However, by the time the institute was approved and built in 1909, Jamsetji Tata had passed away. The mandate of the institute was to conduct applied research that would benefit India.

The Tata Trust chose Morris Travers as the first director of IISc. He was a student of William Ramsay who received the Nobel Prize in Chemistry in 1904 for his work in discovering the noble gases. Ramsay was also an adviser to the Indian government in the setting up of the new institute. It was Ramsay who had recommenced Travers. Travers had conflicts with the management of the institute soon after he came to India. He found that India was ruled by officials who were resistant to change and had a bureaucracy which created a work culture that was not in tune with the spirit of innovation. By 1914 his differences with the management were too serious to be resolved amicably, and he had to resign.

Conflicts between bureaucrats and the director of the institute did not die down after Travers left the country. Government rules also frustrated C.V. Raman, the first Indian director of IISc. Raman had come from Calcutta in 1933 with grand plans of making it a world-class institute, and had started implementing his ideas as soon as he joined. He set up a department of physics, a subject that was absent in an institute originally set up to do applied research. Raman reorganized other departments and hired new faculty. He gave the institute workshop a makeover and planted trees all over the campus. He invited physicist Max Born, who had to flee Germany when the Nazis came to power, to work at the institute. Raman withdrew freely from the institute’s budget to fund his plans for expansion, paying scant respect to the usual government norms of allocations. The older faculty hit back, forcing the governing council to appoint a review committee, which gave a scathing report on Raman’s functioning.

Raman initially took the review committee head-on but had to step down as director in 1938, five years after he came to the institute. The Britishers in IISc had purportedly exerted pressure on the Tatas through the government. Raman’s biographer and physicist G. Venkataraman described the events as a battle between excellence and mediocrity that mediocrity eventually won. Although Raman could not change the institution to his liking, he left behind a physical legacy. The trees that he planted grew to their full height by the time he retired in 1948, making the campus a mini-forest rich with animals and birds. Across the road, at the eponymous Raman Research Institute (RRI) which he founded, a bitter Raman planted very tall trees supposedly to block IISc from his view. Meagre funding ensured that the institute’s laid-back culture continued well after Raman left.

In 1959, a 25-year-old scientist called C.N.R. Rao joined the chemistry department at IISc. He had returned to India after a Ph.D from Purdue University and a post-doctoral stint at the University of California in Berkeley. He was an ambitious and strong-willed young man determined to make a name for himself as a chemist. He had returned to his home country despite strong indications that he would struggle there. Rao was used to advanced research facilities at Purdue and Berkeley. He had a great circle of collaborators and colleagues in the US. He was used to the style of American universities, their generous funding and the challenging intellectual environment. He worked at the frontiers of chemistry in areas that were possible only in the best of institutions. But he had to go home. His parents were getting anxious. They were tormented by the fact that their only son lived in the US. To justify his return in professional terms, Rao thought about the state of his country, a newly independent nation that required scientists in large numbers. He told himself that he would be more useful to India than to the US.

Rao was well-trained in modern methods of chemistry. He thought about the subject in terms of atomic structures and chemical bonds, spectroscopy and X-ray diffraction, molecular orbitals and resonance. Chemists in IISc spoke in terms of columns and tubes, flotation cells, organic reactions and catalysis. Rao was ambitious and aggressive. Scientists at IISc worked in isolation, never actively publicized their research and did not prefer to collaborate. The director of the institute and Raman’s student Suri Bhagavantam was all-powerful in administrative matters. The department heads were powerful, too. Scientists in the chemistry department, one of the oldest at the institute, worked on areas like essential oils, the synthesis of steroids and the mechanisms of organic reactions. These were useful problems to tackle but weren’t at the cutting edge of chemistry. Rao wanted to use modern methods like spectroscopy to study molecular structures, the basis for understanding material behaviour. The situation was tailor-made for conflict.

Rajinder Kumar, who was a Ph.D student of chemical engineering when Rao joined IISc, had watched the young scientist’s troubles closely. ‘Rao brought a new style of working,’ he said. ‘He was full of life. I could see that he was driven, which was not the general tendency here. So he faced some resistance.’ Rao wanted to build a global reputation for himself. He had plans to build new instruments, work in emerging areas of research, and cross the traditional boundaries between physics and chemistry. He needed to buy modern equipment to set up his laboratory. He got no financial support at the institute either from its director or the head of the department. He felt like a runner at full speed who had suddenly encountered waist-deep water. C.N.R. Rao was as tenacious as he was aggressive. He did not give up his ambitions in research and settle down to a quiet life in Bangalore. Within a few months of his return to India, he was busy making plans to launch a career at the frontiers of chemistry.

Excerpted with permission from Space. Life. Matter.: The Coming of Age of Indian Science, Hari Pulakkat, Hachette India. Read more about the book here and buy it here.

Join The Dispatch Whatsapp Group to stay updated
The Dispatch is present across a number of social media platforms. Subscribe to our YouTube channel for exciting videos; join us on Facebook, Intagram and Twitter for quick updates and discussions. We are also available on the Telegram. Follow us on Pinterest for thousands of pictures and graphics. We care to respond to text messages on WhatsApp at 8082480136 [No calls accepted]. To contribute an article or pitch a story idea, write to us at [email protected] |Click to know more about The Dispatch, our standards and policies
TagsHachette India Hari Pulakkat Science books Space Life Matter