Neelam increased her pace along Hollywood Road; it had no connection with the American movie land. Some people presumed the road was named after the box office success of the Hong Kong flick, The World of Suzie Wong. It wasn’t. Its name came from the many holly shrubs lining it, when the British Army built it in 1844.
Illusion, indeed! The world needed delusions, as did the antiquities trade. Weave a brilliant history around an artefact and the value increased. Neelam recalled a particular chair: a simple design, velvet cushion seat and some intricate etching on the back rest. It sold for half-a-million dollars because Marilyn Monroe once sat on it. Its actual value was a few thousand dollars. Was this jade Krishna piece similar because of its history? She wondered.

Once a mere tree-lined street, Hollywood Road had evolved into a hotspot for antiques. It boasted of rows of shops claiming to have the most precious, unusual and rare pieces of Chinese antiquities.

It was a quiet afternoon. Her mother’s gallery was round the corner, so she decided to pop inside, where she was met with Mrs Veerappan who greeted Neelam with a warm hug and asked, ‘How are you?’
Neelam smiled at her. ‘I am fine. I was in the area, so I thought I’d drop by and tell you that Mr Kan will be arranging an exhibit soon.’
‘Yes, he informed me. It is a good idea to have these exhibitions to cover expenses,’ Mrs Veerappan said. ‘Yet another art gallery has opened up down the road. They are from America, and seem to have a good collection; lots of interest there. Here, it’s become harder to get any clients. Even if there are walk-ins, they are just browsers.’
‘Yes, art has been commercialised. We deal in ancient art, and not everyone understands its value.’
Mrs Veerappan leaned in closer. ‘There are copies being made. It is terrible!’

‘But an expert will know a fake from an authentic piece,’ Neelam said, circling around the gallery. There were a number of paintings, a couple of bronze artefacts and a few stone relics. ‘We will always display genuine pieces.’ She completed the rest of the sentence in her head: Even though they are stolen from heritage sites. She wondered what was worse in the art trade: fakes or stealing an original.

‘We haven’t had a sale in a long time,’ Mrs Veerappan pointed out.
Neelam sighed heavily. She was aware that they were barely surviving. The cost of running a business, especially like theirs, was an uphill task. She should sell the art gallery, her rational mind said to her. Not yet, said her heart. After all, it was her mother’s beloved gallery. Neelam turned to Mrs Veerappan: ‘If there’s anything you need, don’t hesitate to call me. I will surely arrange something.’
Mrs Veerappan seemed to sigh in relief. ‘Thank you. You are just like your mother—kind-hearted.’ Neelam hugged her and left. Two other art galleries had come up in the neighbourhood, and an auction house had opened up recently. Besides that, upcoming artists were putting together exhibits at empty warehouses. They were receiving media attention. Art was also an investment opportunity. Mrs Veerappan regularly provided updates on the trends that were affecting their business. The gallery now had a sparse collection. Mrs Veerappan said that private exhibitions were the only way to pay for her salary and meet the overheads of keeping the gallery operational. Kan was the one who usually arranged ‘by invitation only’ sales.

Neelam continued on her thought quest. To add to the cultural significance of Hollywood Road, there was an ancient temple dedicated to the gods of literature Man—and military—Mo. Neelam entered the temple to light a wish incense stick. She chose the one that would last the longest, and asked for her parents to rest in peace, and for some guidance.

The air inside the temple was hazy and heavy. Strings of white smoke curled into clouds from burning coils of joss sticks hanging from the ceiling. Little red notes of desires hung in the middle of the coils. There were a few people inside. Bowing heads prayed to the gold statues with sincerity.
Neelam’s eyes watered when she exited the temple. She continued on her trek; it helped her think. The more she wandered, the more she realised that unless she went to India, she would continue to be haunted by the past. She was living her life in a sea of restlessness, as though any minute she would be uprooted yet again by a calamity. Her nights were filled with dreams of Mirabai, her parents and her grandma’s stories.
Neelam felt that unless she took charge of her life, and her mind, she would be living like a dead person.

She arrived at a street corner and paused at a posh antique shop. The interiors were air-conditioned and subtly lavish, the corners revealing a single vase or sculpture highlighted under muted lighting. Other smaller establishments were more inviting. They left their doors open. Their glass window cases were overcrowded with every piece of artefact that could be considered Chinese.

Further down, Neelam noticed a small statue of Ganesha, the elephant-headed Hindu God. He sat amongst the big-bellied, burgundy-coloured Laughing Buddhas. Interesting design. Ganesha was different, yet the same in size and stature as the Buddhas clustered together.
‘Come in, lady, you are welcome; do come inside,’ the shop-owner said. The Chinese man picked his teeth with a toothpick and smiled at the same time. ‘I have special jade pendants, you want to see? Come, come I will give you special price!’ 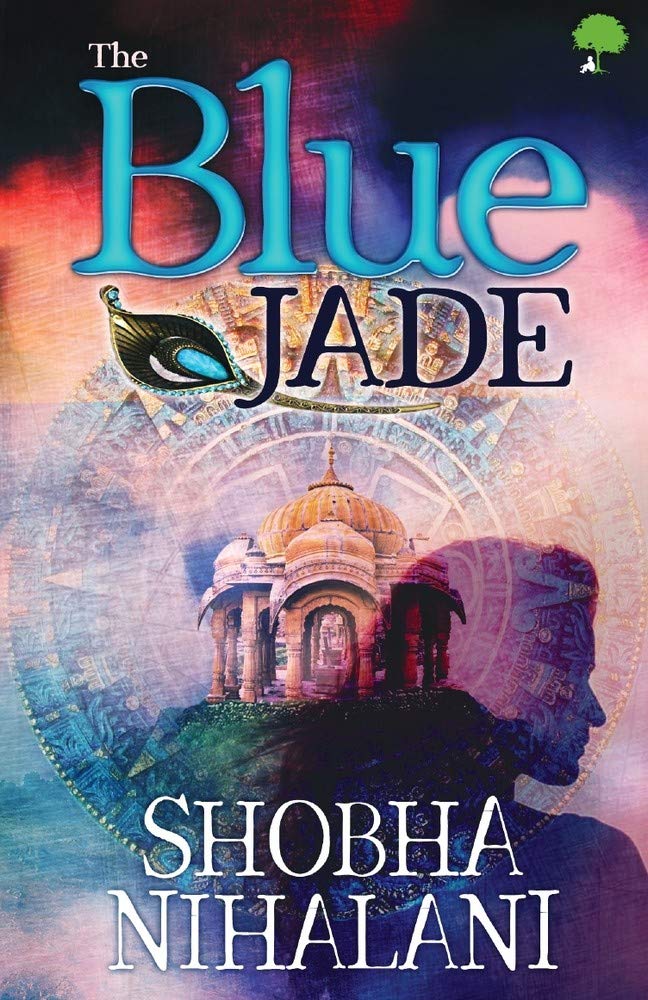 Excerpted with permission from The Blue Jade, Shobha Nihalani, TreeShade Books. Read more about the book here and buy it here.

Why most Sri Lankan Muslims are called 'Sri Lankan Moors': History of the Muslim community of Sri Lanka
Mathew Vincent Menacherry on "Feni Daze": 'In the case of this book, a story took root and then just had to be told'