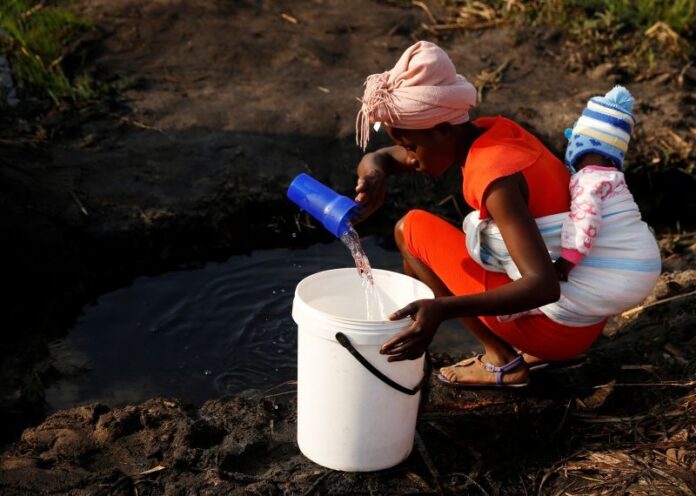 BULAWAYO: When Smangele Tshuma got divorced after five years of marriage, her in-laws forced her out of the home that she had been living in with her husband in southwestern Zimbabwe and took the three donkeys she had bought with money from selling blankets.

Like most marriages in the country’s rural areas, Tshuma’s had been a customary, unregistered union in which everything she brought to the marriage was considered her husband’s property, the mother of two told the Thomson Reuters Foundation.

In a country where women are largely treated as dependents of men, a ruling by Zimbabwe’s Supreme Court in June that entitles married couples to an equal share of their property upon divorce was hailed as historic by women’s rights advocates.

Now, they are encouraging women – especially in rural areas – to register their marriages and working to spread awareness about the new law, to tackle what is considered by many as one of the main barriers to women’s access to land and property.

“Traditionally, women are regarded as kids,” Tshuma, 38, said in a phone interview from her parents’ home in Tsukuru village, where she and her children have been living since the divorce in 2013.

“That mentality has to change if the country is serious about addressing gender inequality.”

Before the new law, women often found themselves trapped in failing or abusive marriages, knowing that divorce could leave them with no financial security, said Melissa Ndlovu, programmes manager at the non-profit Emthonjeni Women’s Forum.

By freeing women from relying on their partners for money, the new law provides them with a sense of security, helps them support the education and health of their children, and reduces incidents of violence against women, Ndlovu said.

“The implementation of this law is important as a woman’s ability to own, inherit and control land and property is vital to her ability to access resources and participate in the economy,” she said.

Land is unevenly distributed in Zimbabwe, where progress for women’s land rights has been “very slow”, according to the Gender and Land Rights Database compiled by the U.N.’s Food and Agriculture Organization (FAO).

In a 2017 report, the FAO noted that 36% of women and 36% of men in Zimbabwe own land either solely or jointly with another family member.

But, of those, only 11% of women are sole landowners – compared with 22% of men – “suggesting that when women own land they are more likely to share the ownership rights with another family member.”

“Everyone has a right to buy, own and sell all forms of property, regardless of gender and marital status. All these declarations forbid placing women at a disadvantage,” Ncube said.

The biggest obstacle to many rural women owning property or land is the traditional belief that “a woman’s place is in the kitchen,” she added.

In its June decision, Zimbabwe’s Supreme Court ruled that a judge can award a woman half of all movable and immovable properties when she divorces, regardless of her monetary contribution toward the purchase of those properties.

Secretary for Women’s Affairs Melusi Matshiya said the verdict is a welcome development.

“It is fallacious to suggest that women do not contribute to the acquisition of immovable property,” Matshiya said in emailed comments.

“Women perform the bulk of the family’s unpaid care work. Such work contributes to the family stability and the conducive environment necessary to acquire immovable property.”

Previous divorce laws did not recognise women’s non-financial contribution to the household, explained Choice Damiso, a lawyer with the Zimbabwe Women Lawyers Association (ZWLA) who represented the plaintiff in the Supreme Court case.

“The Supreme Court was facing two pertinent issues: whether or not the property was matrimonial property and, if so, how it should be shared,” she said in a phone interview.

“The plaintiff wanted 50% and the defendant wanted 100%. These issues are by no means new to the courts as the rate of divorce continues to soar.”

In 2019, more than 2,600 couples in Zimbabwe filed for divorce, about a 40% increase from two years earlier, according to statistics obtained from the High Court’s Family Law division.

Memory Chindewere of the Padare/Enkundleni/Men’s Forum on Gender, a non-profit working with men and boys to support women’s rights, said it is vital for women to register their customary marriages to be protected by the new law.

“In previous cases, before this new law, women only got things like chairs, kitchen units and the husband would get real property which mattered most, like cars, livestock and (houses),” he said in a phone interview.

Since custom forbids many women in Zimbabwe from working, the new law’s recognition of their caregiving contribution to the marriage “is actually a better option, because women have been disadvantaged for a very long time,” Chindewere added.

Sibongumusa Maphosa (not her real name), 45, left her physically violent marriage last year, but said she “lost everything” in the process.

“The ruling by the Supreme Court will help a lot of women who are faced with such a dilemma in the country,” said Maphosa, who works in cattle rearing in a rural part of Matabeleland North province.

“We are thankful our court system is taking women’s issues seriously.”