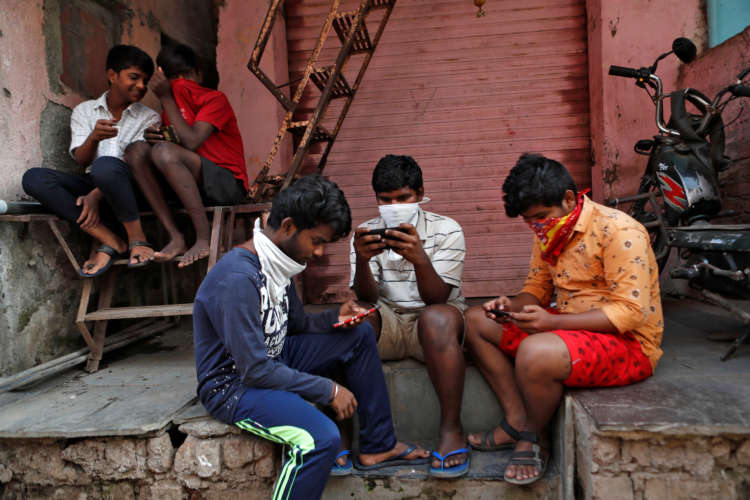 Digital lending platforms in India have come under greater scrutiny recently for their methods, including the collection and alleged misuse of borrowers’ data, underlining the risks to driving financial inclusion with newer technologies.

Mobile lending apps have mushroomed in India and elsewhere in recent years as smartphone use surged, and financial technology (fintech) companies rushed to fill the gap in access to banking services.

Unsecured loan apps, which promise quick loans to even those without a credit history or collateral, have been criticised for their high interest rates, short repayment cycles, aggressive recovery methods and misuse of borrowers’ data.

Yet they have become a mainstay, particularly during the coronavirus pandemic as job losses mounted, said Tarunima Prabhakar, a researcher at the Center for Long-Term Cybersecurity at the University of California, Berkeley.

“The goals of rapid financial inclusion, consumer protection and data security are often in conflict,” she said, citing concerns especially around unlicensed firms, and getting meaningful consent of users on digital lending platforms.

“Lending apps have the potential to generate consumer benefits, but require strong institutions and financial literacy. It is difficult for individuals to develop a full understanding of the consequences of sharing personal data.”

Globally, about 1.7 billion people do not have a bank account, leaving them vulnerable to usurious moneylenders and at risk of being excluded from vital government and welfare benefits, which are increasingly digital.

When Bhumana Prasad lost his housekeeping job during India’s coronavirus lockdown and could not keep up with his rent, he took out a loan of 3,000 rupees ($41) after receiving an instant loan offer on his phone.

Within weeks he found himself locked in a cycle of debt, pawning his family’s jewelry and borrowing from friends to repay mounting costs – adding up to 400,000 rupees since his first loan in November.

“I was called a thief and would receive at least 1,000 calls a day from agents, who would constantly abuse me,” Prasad, 27, said in a phone interview from his home in Telangana state. “I contemplated suicide because the harassment was not ending.”

Personal lending apps – which in India are mainly intermediaries connecting borrowers with lending institutions – fall in a regulatory grey zone, as the central bank does not oversee intermediaries, and does not stipulate terms.

But after reports of several suicides linked to harassment by loan providers, the Reserve Bank of India (RBI) warned against unauthorised digital lending platforms, and formed a working group to draw up an “appropriate regulatory approach”.

“Digital lending has the potential to make access to financial products and services more fair, efficient and inclusive,” the RBI said in a statement this month.

With about 190 million unbanked adults, India has the most number of people outside the formal financial sector after China, according to the World Bank.

Prime Minister Narendra Modi’s government has made financial inclusion a priority as part of its Digital India Mission.

Mobile lending apps in India, which give small-ticket loans for short tenures, have been quickly embraced by the newly salaried, college students, informal workers and others who are just below the income margin at which banks would serve them.

Tens of thousands of people in India, many of whom who lost their jobs during the pandemic, have used unregulated apps to make up for lost income, said S Harinath, investigating officer with the cyber crime cell of the Telangana Police.

“In some cases as many as 25 (lending) apps have been used by one individual,” he said.

While unsecured lending is a small part of total lending, which is estimated to be worth about $75 billion by German firm Statista, there are scores of lending apps on Google Play Store – which dominates India’s app market, with millions of installs.

“Today more than a third of fintech borrowers have never borrowed from a bank,” said Akshay Mehrotra, co-founder and chief executive of EarlySalary, a digital lender.

“Fintech’s advantage is speed … So a digital lender can approve and disburse a 25,000-rupee loan to a 24-year-old for the first time in his life in minutes,” he said.

The apps typically get access to the borrower’s phone’s location data, contacts, apps and text messages for the credit risk assessment, and this is made explicit to borrowers.

Yet intimation alone “cannot be taken as meaningful or informed consent,” said Prabhakar, whose analysis of about a dozen lending apps in India showed that most read their users’ phone contacts, and more than half read their text messages.

The use of English is also a barrier to the idea of informed consent, which assumes that users can assess the potential benefits and costs of data acquisition accurately, she added.

“A primary concern is if individuals understand how their data is being used,” she said, adding that the risks from leakage of personal data such as location history are greater for women and LGBT+ groups than men.

“If a person doesn’t pay back a loan, their data can be sold – so the material implications of exchanging data for lending are more palpable even when the intent of data collection is made explicit,” she told the Thomson Reuters Foundation.

About a third of India’s population is forecast to own a smartphone by the end of 2021, according to Statista.

In the absence of a credit scoring system that is needed to drive financial inclusion, authorities have backed the use of artificial intelligence – including data from social media and web browser history – to create scores of the unbanked.

A recent investigation by Reuters of 50 popular lending apps in India found nearly all of them required borrowers to give permission to access their contacts, which users alleged were used by recovery agents in case of defaults or late payments.

Google said this month it had reviewed hundreds of lending apps in India, and removed those that violated its terms on loan tenure. It also said developers must only access permissions that are necessary to implement current features and services.

A long-delayed Personal Data Protection Bill under discussion by lawmakers would have conditions for requiring and storing personal data, and penalties for misuse of such data.

Consumer campaigners in India and Africa have also warned that these short-term loans can lead people into a debt trap. China recently issued rules to boost oversight of online micro-lending.

Digital lenders in India, many of which are run by corporate governance standards of their private-equity investors, have set up a “consumer empowerment” body, and are pushing for a code of conduct for the industry, said EarlySalary’s Mehrotra.

There is also an urgent need for greater transparency and clarity on existing guidelines, said Prabhakar.

“Is it OK for recovery agents to call the parents of student borrowers when they default, or should the use of phone contacts be disallowed altogether?” she said.

“And if users are sharing personal data in lieu of a loan, apps should disclose the probability of loan approval. If I know that the average approval rate is 15%, I can judge whether I really want to exchange my data for a 15% approval rate.”