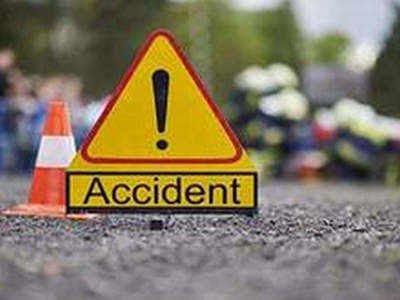 Kupwara, Feb 1: A 23-year-old young woman was killed and four other persons were critically injured when a private car they were travelling in skidded off a bridge and fell into a nullah (ravine) at Kralgund area of north Kashmir kupwara district on early Monday morning.

Official sources told news agency that the white color Alto vehicle (HR51-7420) fell down into the water body at 0710 hours.

Army’s Road Opening Party from Panzgam artillery unit along with TA Battalion and locals immediately swung into action and started a rescue operation, they said.

The doors of the car and windshield were broken to pull out the travelers–three men and two women–from inside the car. Later, all the persons were removed to nearby hospital in Kupwara were one of them, Usma (23) daughter of Mohammad Iqbal of Kralpora, was declared brought dead, they said.