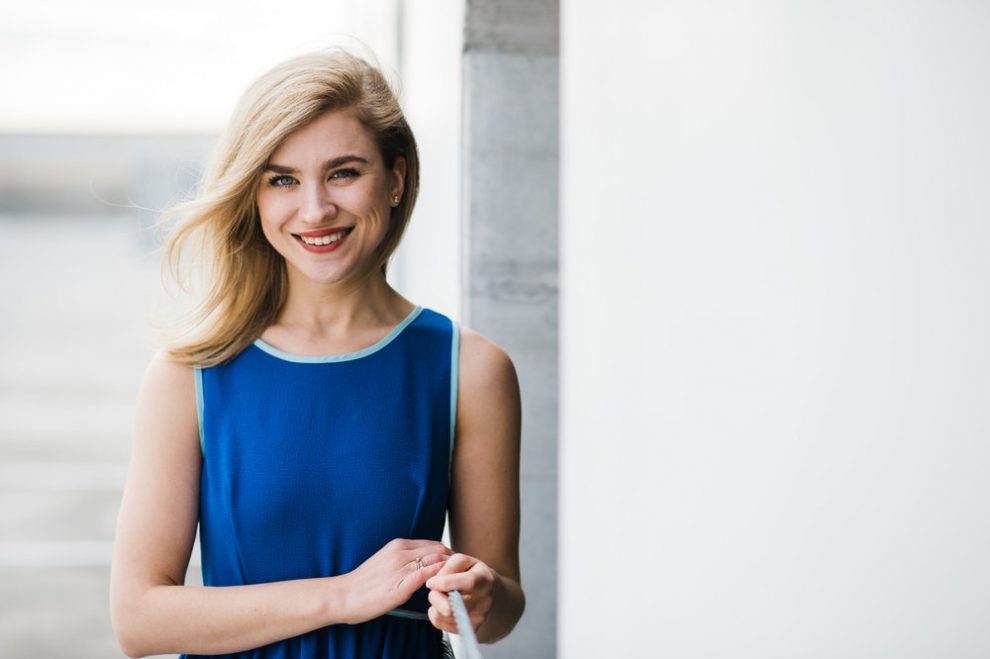 It starts with a bet.

“Abby, I’m one hundred percent more Irish than you are,” begins said bet, when Connie—who, admittedly, is about as ginger as they come—challenges me at the lunch table.

“Having red hair is not the be-all end-all of Irish-ness,” I point out through a mouthful of Flamin’ Hot Cheetos. “And my grandparents on my dad’s side were like, so Irish they bled potatoes.”

“Yet between you and all three of the gremlins you call little brothers, not one ginger,” Connie points out, narrowly avoiding slopping her chili on the mountain of study guides she has propped on the lunch table.

“Dodged a bullet there, huh?” I tease her.

Connie lightly kicks my foot. I’d feel worse about it if she weren’t so staggeringly beautiful that she has been mistaken for the actress who plays Sansa Stark more times than I can count on one hand, an especially impressive feat considering we live in a suburb of Seattle some bajillion miles away from any famous person who isn’t Bill Gates.

“Not that I support this Anglo-Saxon nonsense—”

I flinch, and then Connie’s chili is on Connie’s pile of study guides. It is a testament to how committed she is to pretending things aren’t awkward between me and Leo that she wipes the beans off the one loudly titled “AP FUCKING GOV! IS! YOUR! BITCH!!” without one threat to murder me.

“—but I’m doing one of those send-away DNA test things,” Leo finishes in a mumble, planting himself and his lunchbox down next to Connie.

“Oh yeah?” I ask, leaning across the table and making deliberate eye contact with him.

Leo, the anchor of our trio, has known us both since we were little—me because we live in the same neighborhood, Connie through youth soccer. So we’ve both known him long enough to understand that this is kind of a big deal. Leo and his sister were both adopted from the Philippines and know next to nothing about their birth parents or their backgrounds, and up until now, he didn’t seem to have any interest in looking into it.

But we’re all taking Honors Anthropology and are right in the thick of a project where we’re learning the proper way to track and denote lineage in our family trees. Hence, the Irish-off that Connie and I are currently engaged in, and probably Leo’s new curiosity about tracing his roots.

Leo shrugs. “Yeah. I mean, I guess I’m more curious about the health stuff it’ll tell you than anything else.”

We both know that’s only a half truth, but Connie pokes at it so I don’t have to. “Health stuff?”

“It can also connect you to other biological family members if they’ve taken the test,” Leo says quickly, more to his massive Tupperware of jambalaya than to us. Before we can ask any follow-up questions, he adds quickly, “Anyway, there’s a discount if you buy more than one. If you’re in, I can buy yours with mine and you guys can pay me back.”

Connie moves Mount Study Guides off the table to make room for the rest of Leo’s lunch, a bunch of delicious mismatched leftovers from his weekend culinary adventures. “You know what, I’ve got some money saved up from the ice-cream shop.”

I wrinkle my nose. We all know I have money saved from babysitting aforementioned “gremlin” brothers during my parents’ Friday date nights, but I also have my eye on a new lens for Kitty, my camera, that I’m obsessively tracking the price of online.

Except Leo’s eyes find mine and linger in this way they haven’t really in the last few months. At least, not since the Big Embarrassing Incident—more colloquially known as the BEI—I am still actively trying to scrub from my brain. Whatever it is in his gaze cuts right past it, and I understand at once that it isn’t about the discount.

Connie grins. “Loser has to make the other one soda bread.”

Leo, the only one of us who can actually cook, perks up at this. “I’ll help the loser.”

Connie and I shake on it, and Leo starts talking about some soda bread fusion with cherries and chocolate and cinnamon, and the bet is finalized by the time the bell rings to end lunch.

To be honest, hours after we all spit into tubes and send off our kits, I forget about the whole thing. There are perilously low grades to juggle, endless tutoring sessions to endure, and worried but well-meaning parents to dodge. Plus with Leo focused on graduation and Connie focused on more extracurriculars than I have fingers and toes to count on, all three of us are basically spun out onto different planets.

But there it is, a month later: an email in my inbox, directing me to a website that apparently knows more about me than my sixteen years of knowing myself.

I scroll down, morbidly fascinated by the details. It tells me I’m most likely brunette (check), have curly hair (aggressive check), and am prone to getting a unibrow (rude, but also check). It tells me I’m probably not lactose intolerant and probably don’t have issues with sleep, and that I am more likely than others to flush when drinking alcohol (noted, for future college endeavors). It also tells me I’m 35.6 percent Irish, a fact I immediately tuck away to rub in Connie’s face when the time comes.

But whatever else it knows about me is abruptly cut off by the hum of my phone. It’s from Leo, texting the group chat: DNA results came in. Big fat nothing.

It’s the kind of text that I don’t even have to wait for anyone to respond to in order to know we’re all going to head over to Leo’s. Still, I wait a few minutes, putting Kitty in her case and popping some gum in my mouth, giving Connie a chance to catch up to me so we’ll get there at the same time.

“Where are you headed, kiddo?”

Allow me to clarify, because in the last few months of him shifting into working from home more often, I’ve become semi-fluent in Dad. In this case, Where are you headed, kiddo? loosely translates to I’m pretty sure you haven’t finished rewriting that English essay you tanked, and I’m 100 percent using this as a loving, yet still deeply passive-aggressive way to bring it up.

I tighten my grip on my helmet, keeping my eyeballs as still as I possibly can even though resisting an eye roll right now might actually be pressurizing something in my brain.

My dad pulls one of those affable, apologetic smiles of his, and I brace for the usual segue into the routine he and my mom have been perfecting since the start of junior year, when my GPA first took a swan dive.

Ah, yes. The infamous “Abby Agenda.” This chipper turn of phrase includes, and is not limited to, all the exhaustive tutoring sessions my parents signed me up for, the student-run test prep meetup for the SATs they keep making me attend, and a giant running list of all my homework assignments put on a whiteboard in the kitchen (or as I like to call it, the Board of Shame). I will give them points for creativity, if not subtlety.

“Dad. There are like, five days before summer vacation. I’m good to go.”

He raises his eyebrows, and just as he intended, there’s a fresh wave of guilt—not because I care all that much about anything on Abby’s Annoyingly Alliterative Agenda, but because he looks straight-up exhausted.

“I’ll be good to go,” I correct myself. “But it’s Saturday. And it’s illegal to talk about homework on Saturdays.”

“Says the kid with two lawyer parents.” His smile is wry, but not enough to let me know I’m off the hook.

I blow a stray strand of hair out of my face. “I’ve got another draft ready, okay? I spent half the day on it. Now can I please go look at the sun before it swallows up the earth?”

He nods appreciatively. “We’ll take a look at it when you get home.”

I’m so relieved by my successful jailbreak that I basically tear holes into the street with my skateboard on my way to Leo’s. It’s only after I roll to a stop and shake the helmet head out of my mass of curls that I see the text from Connie, who is yet again held up at a Student Government Association meetup, and has essentially left me for dead.

If this were a few months ago, hanging out with Leo one-on-one would have been just another Saturday afternoon. But this isn’t a few months ago. This is right the heck now, and I am standing like an idiot in his driveway, the shadow of the BEI creeping over me like an extremely humiliating, pheromone-ridden ghost.

Before I can decide what to do, Leo spots me and opens the front door.

Excerpted with permission from You Have a Match: A Novel, Emma Lord, Wednesday Books. Read more about the book here and buy it here.

The Dispatch is present across a number of social media platforms. Subscribe to our YouTube channel for exciting videos; join us on Facebook, Intagram and Twitter for quick updates and discussions. We are also available on the Telegram. Follow us on Pinterest for thousands of pictures and graphics. We care to respond to text messages on WhatsApp at 8082480136 [No calls accepted]. To contribute an article or pitch a story idea, write to us at [email protected] |Click to know more about The Dispatch, our standards and policies
TagsEmma Lord Wednesday Books YA Novel You Have a Match 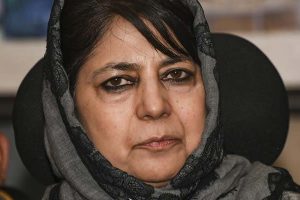 HC Notice To MEA, CID On Mehbooba’s Plea For Passport