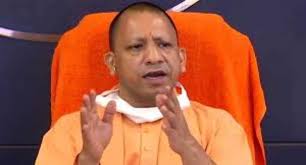 Uttar Pradesh Chief Minister Yogi Adityanath on Sunday launched a special campaign for Tuberculosis (TB) vaccination, for the search for active TB patients and golden card distribution under the Pradhan Mantri Jan-Arogya Yojana in Lucknow.
“Due to coronavirus pandemic, TB patients have faced problems for the treatment. Uttar Pradesh has the highest number of TB patients. But now with this campaign, we will focus on 29 low-performing districts for 10 days. I urge people to come forward and get themselves tested if any issue surfaces,” Adityanath said during the inaugural ceremony.
The golden card distribution campaign would cover 6,709 villages across 29 districts.
On this occasion, Adityanath inaugurated a Culture and DST Lab and National Tuberculosis Eradication Program at BRD Medical College Gorakhpur.

“The infant mortality is a challenge for all of us, although the situation is better than before. Consistent vaccination is a crucial aspect of the Prime Minister’s Ayushman Bharat Yojana,” he said.
The UP Chief Minister lauded the health officials and medical teams across the state for their contribution in “containing” the coronavirus crisis. He further urged them to focus on eradicating TB from the state.
“If we go by our plan and work persistently, Uttar Pradesh will be free of TB by 2025,” the Chief Minister said.
Earlier, Dr Harsh Vardhan, Union Minister for Health and Welfare, during his meeting with ministers of Member Nations of WHO, Heads, and Representatives of UN Agencies, had also said that India has accorded high priority for ending tuberculosis by 2025.