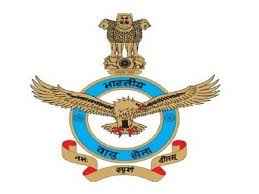 Amid an outrage on social media over Bollywood artist Anil Kapoor casually wearing an Air Commodore’s uniform in a programme on Netflix, the Indian Air Force (IAF) has asked the OTT platform to withdraw the related scenes saying its uniform has been “inaccurately donned” and the language used is “inappropriate”.

The IAF said this in a tweet reacting to a clip of the programme called AKvsAK shared by Kapoor.

“The IAF uniform in this video is inaccurately donned and the language used is inappropriate. This does not conform to the behavioural norms of those in the Armed Forces of India. The related scenes need to be withdrawn,” the IAF wrote on Twitter.

This is the second incident in recent times when the IAF has raised objections on the content shown by Netflix.

Earlier, the IAF raised objections against the gender discrimination shown in a movie based on the life of its former female pilot Gunjan Saxena.