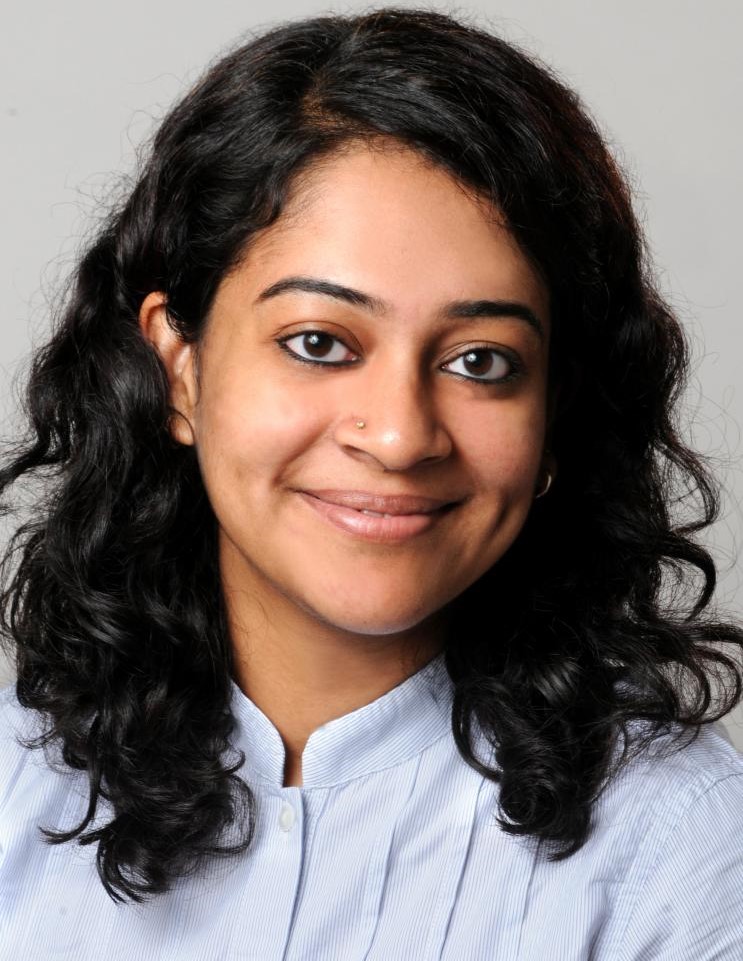 ‘Which college student did you steal this playlist from?’ I asked as I scrolled through Abhimanyu’s Spotify playlist on his phone which was connected to the car’s Bluetooth system. ‘A.R. Rahman, Arijit Singh, Coke Studio are all great choices. I can even understand Shakira, I mean the woman is hot. But why on earth do you have Ellie Goulding?’

‘My music taste is perfectly normal,’ he insisted, even as the opening bars of ‘Call Me Maybe’ poured out from the speakers.

I raised my eyebrows.

‘Some of the songs remind me of college,’ he said, as I resisted the urge to point out that ‘Call Me Maybe’ definitely didn’t come out when he was in college. He smiled nostalgically, showing off the dimple that was otherwise well hidden. ‘Until then, I hadn’t heard a single English song. I grew up in a small town, and we didn’t really know much about English music.’

Now that was surprising. He didn’t come across as someone who’d grown up in a small town at all. I could’ve sworn he was a clueless city child like I was.

‘Well, I’ll forgive this weird selection as long as I don’t stumble upon the Backstreet Boys,’ I said.

Immediately, he turned down the volume and began a rendition of ‘I Want It That Way’. In Hindi. To say I was stunned was an understatement. Firstly, this guy could sing. And secondly, he seemed to have translated the entire song!

‘Oh my God,’ I breathed. ‘I don’t know whether to admire your memory and translation skills or to judge your terrible taste in music!’

‘Listen, there are boy bands whose music is actually great for cycling,’ he said, with a sheepish smile.

All that healthy food and cycling? No wonder the man looked the way he did, I thought, as I tried hard to ignore the mental image of his abs and those oh-so-toned calves he’d been showing off all day.

‘Oh! You’re into cycling?’ I said, trying to distract myself. ‘I’m part of a weekend cycling group. I’m not very regular, but I’ve gone on a few trips. What about you? Group or solo?’

I had conveniently stretched the truth, and hoped he wouldn’t jump at the chance to ‘join’ me. I had tried to join a weekend cycling group once in a misguided attempt to recreate my childhood nostalgia of cycling around the neighbourhood. I soon realized that whatever calories I burnt were more than replenished by the meals I consumed at pit stops. The final straw came when I went on one of their ‘away’ trips to Wayanad, where I gave up on cycling by midday and instead rode around in the car that was meant for ‘assistance’ in case of emergency. I didn’t have the guts to show up again after that.

‘Well, I used to be in a group,’ Abhimanyu began, with a faraway look on his face.

‘You can let me know if you want to come on one of our weekend rides. I can add you to the WhatsApp group where they share details . . . ’ I offered.

‘Maybe,’ he said evasively. I sensed that there was more to the cycling story than he was letting on, but he seemed to be reluctant to share. I lapsed into silence, racking my brains to think of a way to change the subject.

‘So,’ he broke into my thoughts with that familiar smirk. ‘Why don’t you connect your phone to the Bluetooth and show me what supposedly good music sounds like?’

I busied myself with trying to connect my phone to the car’s Bluetooth system when Abhimanyu suddenly jammed on the brakes. I looked up and realized we were stuck in a traffic jam.

I was so busy looking at the traffic, I had accidentally played my favourites playlist instead of my carefully curated ‘for public eyes’ playlist. I blushed furiously as Abhimanyu burst out laughing and mimed eating bhelpuri. I tried to sink lower into my seat and avoided his looks. After all the fuss I’d made about his musical tastes, how terribly embarrassing it was to be caught with a campy 1990s Bollywood number on my playlist. I wondered if I could get away with claiming this was a playlist from someone’s sangeet.

‘Tujh ko mirchi lagi toh main kya karun,’ Abhimanyu began singing along with full gusto. He moved his head and shoulders to the beat, looking like he was one dance floor away from breaking into a dance. I stared at him with my mouth open. This was so far removed from the serious and staid Abhimanyu we saw at work. Even at the Circle of Success retreat where he was more relaxed, we didn’t see this side of him!

‘Unlike you, I’m not a music snob. And I will not pretend I don’t love 1990s Bollywood songs,’ he threw at me as he continued with his impromptu singalong.

There was a red hot warmth spreading from the roots of my hair to the tips of my toes. My arms prickled as he sang, and I noticed that his voice was giving me goosebumps. I needed to distract myself before he noticed that I couldn’t stop staring.

Excerpted with permission from Written in the Stars, Divya Anand, Penguin India. Read more about the book here and buy it here.

This historical fiction explores the life of Sambhaji, the second Chhatrapati of the Maratha Empire
“The Prince and The Nightingale”: A cricket-loving former prince and a singer navigate their relationship in this novel
Comment