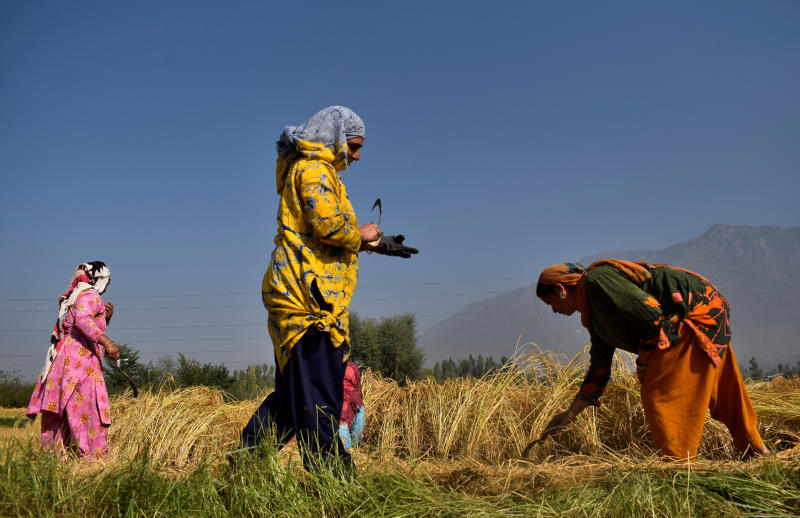 BANGKOK: Land inequality is growing worldwide, threatening the livelihoods of 2.5 billion people who directly rely on farming and widening disparities in gender, health and climate-change impacts, researchers warned on Tuesday.

The widening gap in ownership and access to land especially hurts small and marginal farmers, women, and indigenous and rural communities, according to a report by the International Land Coalition (ILC) and anti-poverty charity Oxfam.

While rural and indigenous communities are being squeezed into smaller parcels of land or uprooted entirely, land is increasingly concentrated in fewer hands, mainly those of large agriculture businesses and investors, the research showed.

“As corporate and financial investments grow, ownership and control of land becomes more concentrated and increasingly opaque,” said Ward Anseeuw, an analyst at ILC and co-author of the report.

“Land inequality reduces opportunities for younger rural generations, especially girls, to improve their lives. In the longer term, it is detrimental to human development, socio-political stability, and environmental sustainability.”

The study, which measured land inequality using traditional census data, as well as tenure, quality of land and other indicators in 17 countries, found that concentration of land has increased in nearly all regions worldwide since 1980.

The largest 1% of farms operate more than 70% of the world’s farmland, according to the study of countries including India, China, Ecuador, Guatemala, Brazil, Mexico, Ethiopia and Tanzania.

Meanwhile, the wealthiest 10% of rural populations control 60% of the value of agricultural land, while the poorest half only have 3%. Latin America is the most unequal region, according to the data that did not include corporate ownership.

“As we confront the coronavirus pandemic and catastrophic hurricanes fuelled by climate change, the impact of land inequality is even more stark,” she added.

Increasing pressure on land from industry, agriculture and infrastructure projects has led to violent conflicts, with at least 212 people killed last year while defending their land, according to advocacy group Global Witness.

Rapid urbanisation and changes in agricultural practices such as increased commercial monocropping have also been linked to the spread of disease, including the novel coronavirus.

While agrarian reform movements and progressive regulation have helped reduce land inequality in some countries, improving transparency and accountability around land investments will not succeed without legal changes, Anseeuw said.

The lack of regulatory instruments to check land concentration will continue to drive inequality in the future, he told the Thomson Reuters Foundation.

“The biggest danger is that the expansion of corporate-controlled agriculture will render the local system unviable, displacing people from their land and livelihoods,” he said.

“Addressing land inequality will not only redress asset and wealth inequality, but will also enable more inclusive and sustainable development,” he added.