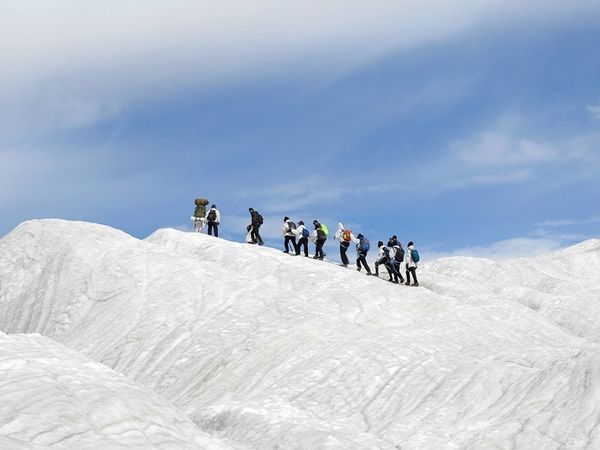 A team of eight specially-abled people created a world record on Sunday when they reached Kumar Post at 15,632 feet on the Siachen glacier.

This is the first time that such a large group of people with disabilities climbed the world’s highest battlefield.

The expedition, named “Operation Blue Freedom”, began at the Siachen base camp ​on Independence Day. It was executed by ‘Team CLAW’, a group of armed forces veterans working towards empowering people with disabilities.

The Indian Army recently gave Conquer Land Water Air (CLAW) the in-principle approval for a trek to the Siachen glacier.

Northern Command, Indian Army in a tweet said that Army’ special forces veterans from CLAW Global (Elite Team of Former Special Forces soldiers) and the grit of the team made Operation Blue Freedom a “grand success”.

“A World record was created today when 8 specially-abled people reached Kumar Post at 15632 feet on Siachen glacier. #IndianArmy special forces veterans from @CLAW_Global and the grit of the team made Operation Blue Freedom a grand success,” Northern Command, Indian Army said in an official tweet.

A group of veterans from India’s special forces on in April this year launched a nationwide campaign to invite participants for selecting the “largest team of people with disabilities” scaling the Siachen glacier.

The group, led by former 9 para officer Major Vivek Jacob, trained 20 people and of them, eight were selected to attempt for the ”Land world record” at Siachen glacier, one of the harshest terrains on Earth.

“CLAW, the global initiative, aims to bring persons with disabilities and former special forces veterans in action- to drive inner transformation and induce powerful global action for inclusion. It aims to mainstream the mindset that Special Forces and people with disabilities share i.e. to -Survive, Stabilize and Thrive in hostile environments,” said Major Jacob (retd), founder of Operation Blue Freedom.

US green card: Indians may soon jump the backlog queue on payment of a superfee
‘Congress is the mother of terrorism,’ says Yogi Adityanath; adds ‘BJP heals the citizens’
Comment