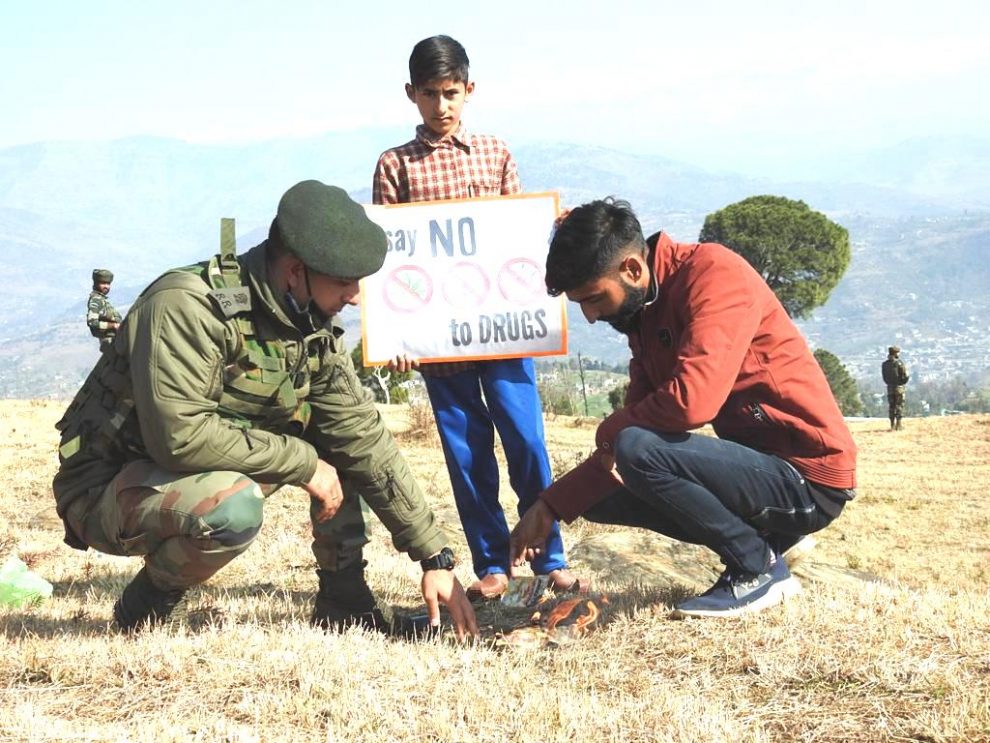 Jammu: With the aim to educate the students/ youth about Ill effect of drug abuse, Indian Army organised an interactive workshop on “Drug Abuse” at Patri Gali in Poonch District (J&K). During the lecture, youths were sensitised about various aspects of drug abuse, which included type of drugs and their adverse effects on the health, family and society. The symptoms, treatment and rehabilitation was given due emphasis during the discussion. The speaker explained to the audience how the drug traffickers are playing with the lives of youth by pushing them into the vicious cycle of drugs by initially supplying the contraband at a low cost and once the person gets addicted to it, then exploiting him to their benefit. The youths were explained about various types of drugs and how it affects the body system like neuro, respiratory and blood. On being asked about the cure, speaker explained that for drugs “Prevention is better than Cure”. However, there are various rehabilitation centres being run by the state government and NGOs that not only treat the drug addicts but also helps them in living a normal life. He also emphasised that an affected person must be taken for rehabilitation at the earliest to overcome the menace. The event concluded with a question and answer session in which the involvements of local populace were forthcoming. The audience appreciated the efforts of the Army in organising such activities which generates awareness and a feeling of goodwill amongst the civil population, especially the youth.