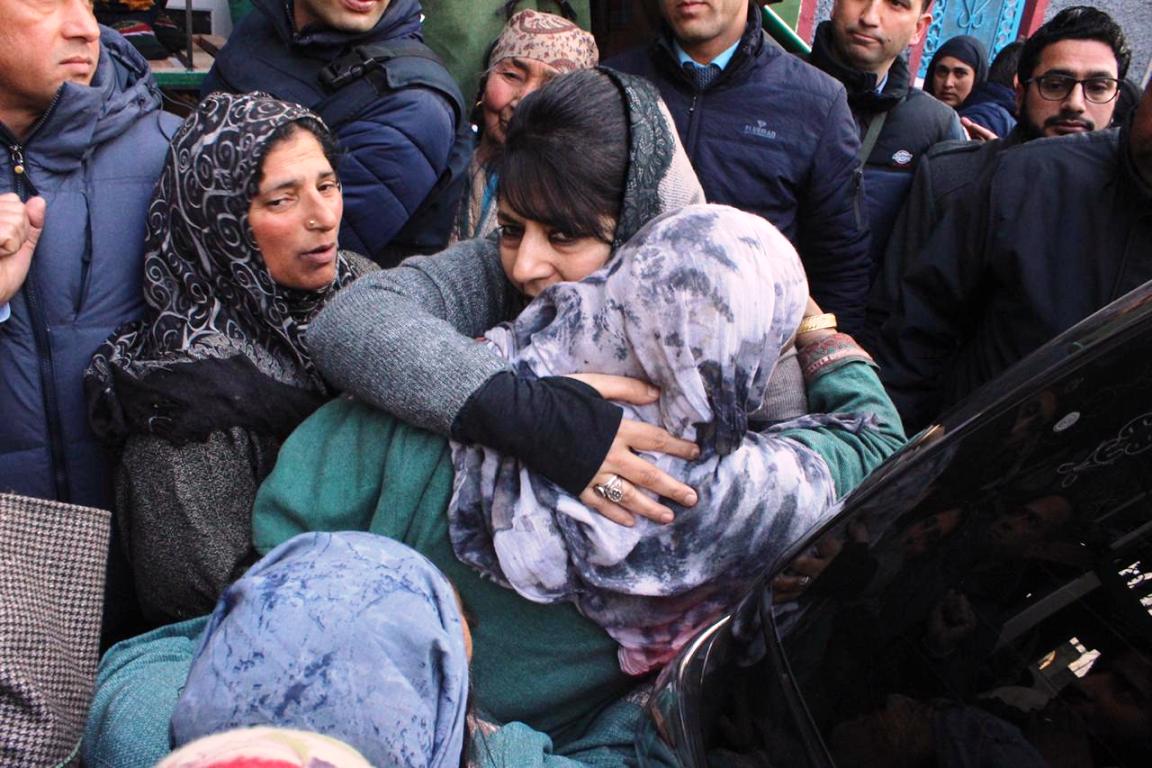 Mehbooba Mufti hugs a lady during her visit to Pulwama village.

In a series of tweets, Mehbooba said: “@MehboobaMufti questions harassment of militant families while travelling to the interiors in Pulwama, a day after encounter.”won’t allow bloodshed and making South Kashmir a battle ground.”

“Visited Patipora Pulwama where Rubina (whose brother happens to be a militant )was along with her husband & brother beaten mercilessly in police custody. The severe nature of her injuries has left her bedridden,” Mehbooba tweeted.

“Urge the @jandkgovernor  to initiate action and prevent such incidents in the future. If harassment of families of militants isn’t stopped, it will have consequences leading to further alienation in the valley. 2/2,” she said in another tweet.