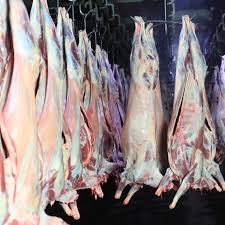 Srinagar, Mar 10: Stating that the mutton dealers are misusing their monopoly, the divisional administration of Kashmir on Wednesday said that strict action will be taken against those who are keeping the general public hostage for their vested interests.

He added that the livestock truck in Shopian was auctioned while in Budgam and Srinagar, the auction will be done tomorrow.

He added that the rates have already been finalized after looking into the issue properly.

However, he said that the dealers will not be allowed to keep the general public hostage, adding that they are misusing their monopoly, which is not acceptable.

“The government has already taken measures in this regard and strict action shall be taken against the mutton dealers who are found keeping the public hostage,” he added.

Earlier, the butchers were directed to open their shops within two days and that any shops found closed will be seized. However, the butchers after receiving the orders had sent legal notice to the concerned authorities, questioning which law permits them to seize the closed shops.