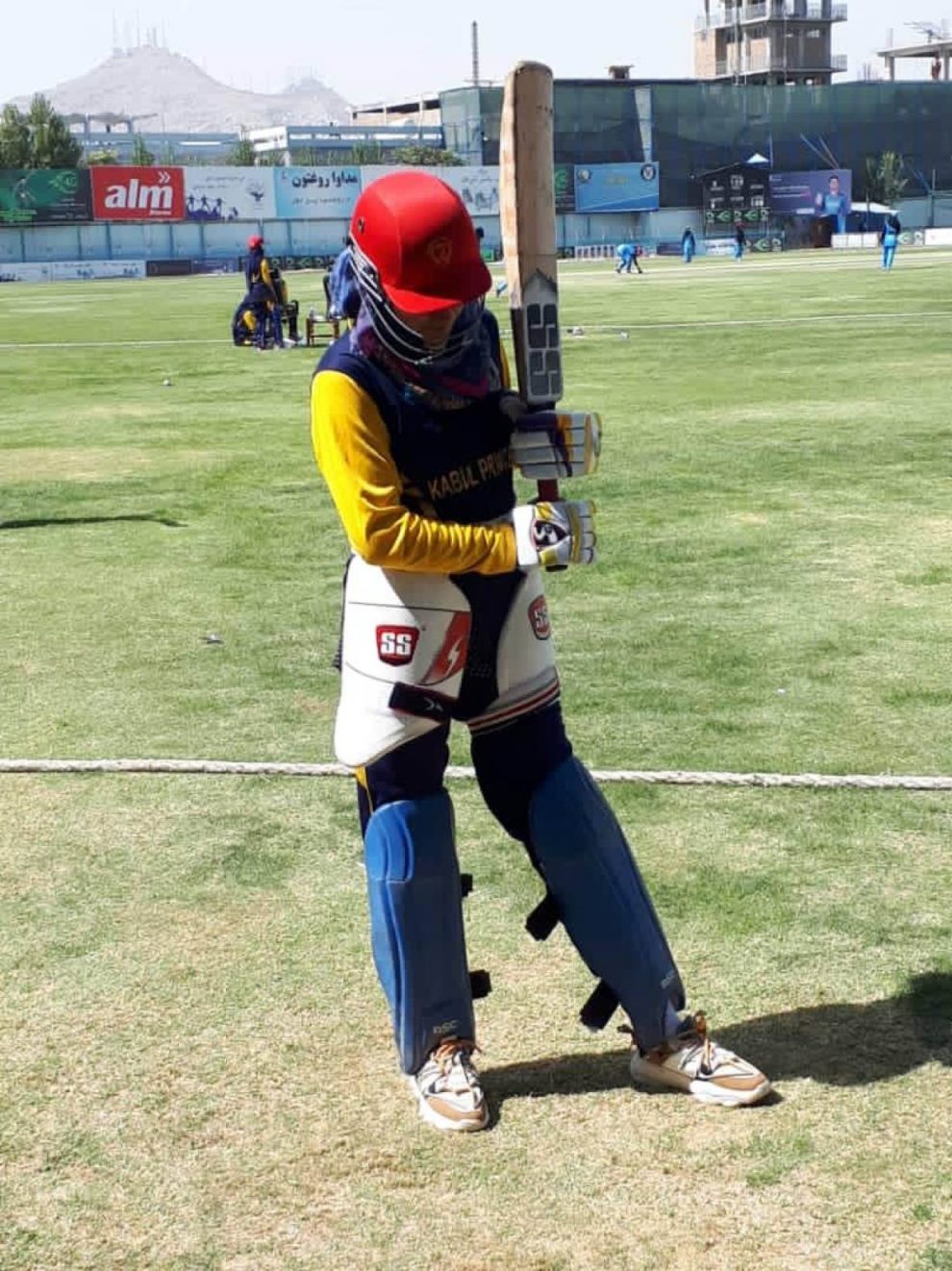 KABUL: When she first started playing, Afghan cricketer Roya Samim could not even dream that she would one day represent her country – not because she lacked talent, but because there was no women’s team.

While Afghanistan’s male cricketers have enjoyed a series of surprise successes on the global stage since the fall of the Taliban, the national women’s team was quietly disbanded just a few years after it was formed in 2010, amid fears over safety.

Now the Afghanistan Cricket Board (ACB) has reformed the women’s squad, buoyed by the success of the men. It recently awarded contracts to 25 players following trials at the Kabul International Stadium – and batswoman Samim was among them.

“When I started (playing cricket), I did not know whether there would be a national team because people’s negative thoughts had me discouraged and disheartened. But I did not give up,” the 21-year-old told the Thomson Reuters Foundation.

The women will begin formal training under an international coach later this month and Samim hopes to follow in the footsteps of her heroines, India’s Smriti Mandhana and West Indies captain Stafanie Taylor.

But there are still plenty of hurdles in a country where many men are deeply uncomfortable with the idea of their sisters and daughters competing in public.

Even within the ACB, not everyone thinks a women’s team is a good idea, players and officials told the Thomson Reuters Foundation.

Security is a major concern, with foreign forces due to leave Afghanistan by May 2021 in exchange for counter-terrorism guarantees from the Taliban.

The Taliban, which banned girls from being educated when they ruled Afghanistan, now control wide areas of the country and there has been an uptick in attacks on prominent women.

No direct threats against the cricketers have been made, but officials at the ACB said recent attacks including a deadly assault last month on the Kabul University campus had raised fears.

Announcing the formation of the squad last month, the ACB stressed it was “adhering to the traditional Afghan and Islamic values” and would hold its first training camp in an Islamic country.

Chairman Farhan Yusefzai said he was aware of opposition on the board to setting up a women’s team, but insisted he would not be deterred.

“Many Muslim countries have their national women’s teams,” he said, citing Pakistan, Kuwait and Oman.

“Here in Afghanistan, we have the national football team, volleyball teams, swimming team, so why not cricket,” he said, crediting the women players with “overwhelming” talent and enthusiasm for the game.

For many of the players, that enthusiasm has been tested.

Samim’s teammate Naheeda Sapand, an all-rounder in the new national squad, said that even with the support of her parents, the journey had not been easy.

“Security and cultural constraints remain our key challenges,” she said. “Even at school and university, I faced resistance and opposition, but my enthusiasm never died.”

The players are scheduled to have their first overseas training this month, likely to take place in a Gulf country, with the aim of playing their first international match early next year.

They hope to emulate the success of the men’s squad, which includes such household names as Rashid Khan, Mohammad Nabi and Mujeeb Ur Rahman.

The men made their World Cup debut in 2015, when they notched up one win against Scotland.

Two years later, the country was admitted as a full member of the International Cricket Council, a move seen as having spurred the reestablishment of a women’s team.

It remains to be seen whether this one fares better than the last, but ACB chairman Yusefzai is upbeat.

“I call each player and member of the women department at the cricket board as my sisters,” he said. This is the extent of respect we have for them.”