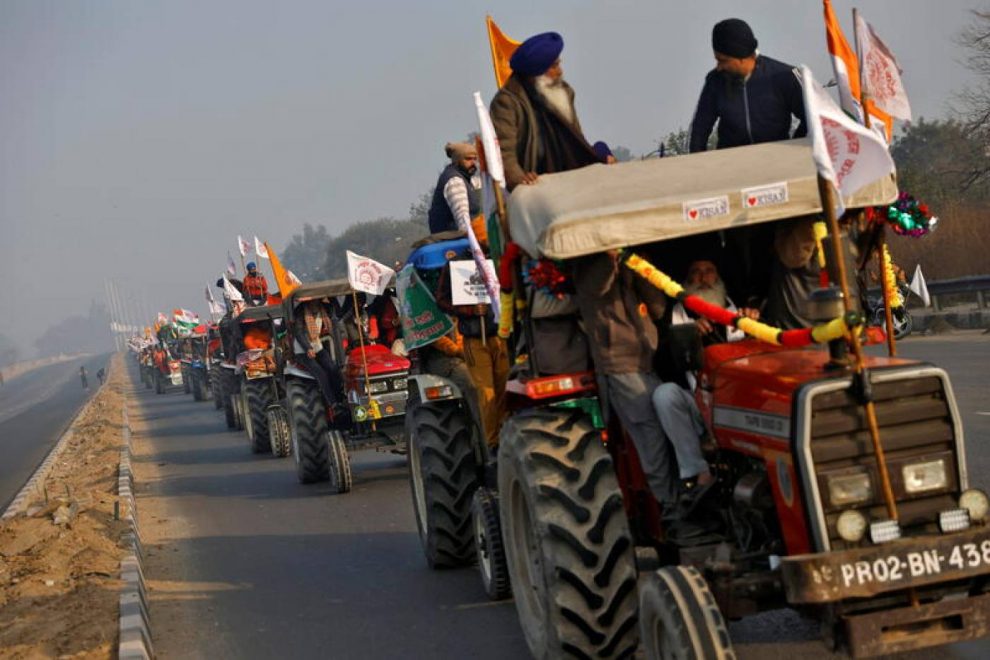 When activist Hansraj Meena picked up his phone to compose a tweet this week in support of farmers protesting near the Indian capital, he discovered his account had been blocked.

Meena’s was one of dozens of accounts withheld on the request of the Indian government on grounds the users were posting content aiming to incite violence.

Tens of thousands of farmers have camped on the outskirts of New Delhi for more than two months, demanding the withdrawal of new agricultural laws they say benefit private buyers at the expense of tillers.

In addition to Meena’s, other Twitter accounts blocked on Monday, after protests by the farmers took a violent turn, included those of a leading newsmagazine, farmers’ groups, politicians and an actor.

“There was no message from Twitter, no notice,” said Meena, who tweets mostly in Hindi on human rights and indigenous issues to his more than 250,000 followers.

“I had been tweeting in the morning, then suddenly I could not,” he said in an interview over the phone.

India’s information technology laws empower the government  to demand that online content deemed as inciting disruption to public order be taken down.

A spokeswoman for Twitter told Reuters that if they received “a properly scoped request from an authorised entity, it may be necessary to withhold access to certain content in a particular country from time to time.”

She added that they “promptly” notify the holders of the affected accounts, unless they are prohibited from doing so.

“I was merely supporting the farmers, tweeting about their problems and demands with the hashtag #WeStandWithFarmers,” said Meena, 36.

A government source told Reuters that the order to suspend “close to 250 Twitter accounts” was issued against accounts that were using the hashtag #modiplanningfarmersgenocide – which Meena says he did not use.

“I come from a family of farmers myself and understand what they are going through. So it is important for me to raise these issues,” he said.

India is among the top markets for both social media platforms, with a user base of more than 30 million on Twitter.

Meena, who hails from the northwestern state of Rajasthan, says social media helps amplify his voice.

“Marginalised communities like indigenous people, lower-caste Dalits and farmers – their voices are not heard,” he said.

“I have a platform on social media, so I use it to raise awareness of their problems, and put pressure to bring about change,” he said.

“Without social media, I have no voice, and I can’t do as much to help them,” he said.

On Monday, several hundreds took to Twitter to protest the blocking of accounts including Meena’s.

By late evening on Monday, after a meeting between Twitter officials and Indian authorities, the accounts were unblocked.

Meena resumed tweeting in support of the farmers.

On Tuesday, Meena tweeted a selfie with his mother, who he said has been farming the family plot for 50 years.

“She has the same concerns as the other farmers – not getting a good price for the crop, and being at the mercy of big corporations,” he said.

Meena said he will continue to post about farmers, Dalits and indigenous people on social media.

“I have to stay focused on my work and do what I do.”

Scared by global warming? In Iceland, one solution is petrifying
Second phase of COVID-19 vaccination programme starts with 415 inoculations in Srinagar
Comment