What will travel and hospitality in 2030 be like?
If the Hyperloop—ultra-fast transportation that zips you to a city and back in next to no time—is a reality, will there be such a need to stay in hotels on business? Work on the Hyperloop is speeding up and the futuristic transport solution could be a reality sooner than we think. You could take a business trip and return the same day.
Will there be only leisure hotels then?
That’s clearly not a scenario that hoteliers want to think about, though they are thinking a lot about the future. The point one is trying to make is that disruption is coming from not just within the industry, but from seemingly unrelated innovations. Every new pathbreaking technology could impact hotels in some way or the other.

As far back as 2014, Phil McAveety, chief brand officer of Starwood Hotels—this was before the merger with Marriott— had painted a scenario where a guest would send a 3D print scan of his shoes and the hotel would have gym shoes of the exact size ready and waiting in the room when he checks in.
The other trends he outlined included checking into a hotel through a smartwatch, sending voice-activated requests for car pick-up, and robots as valets are all a reality already. At the St Regis Hotel in New York, as you brush your teeth you could press a remote and the mirror in the bathroom turns into a television. At an Aloft hotel in Cupertino, you might be served tea by a robot butler quaintly named Botlr.
Apps in the hands of travellers allow them to directly communicate with front desk, housekeeping and concierge staff. Nakul Anand, executive director, ITC, felt that travellers will increasingly want to be in control, and hotels have to hand this over. So typically, many of the services you would ring for will all migrate to within the room.
Technology is clearly one of the biggest drivers of change in the hotel experience today. ‘Companies that don’t embrace technology as an enabler will disappear,’ said Dilip Puri. Artificial Intelligence will allow guest experience to become so much better. Chatbots are already making the booking experience easier.
All trends point to the latest kid on the technology block, blockchain, disrupting the hotel industry. Blockchain is a growing list of linked digital records using cryptography that has already begun to change thinking about online distribution of hotel rooms.
Technology is also going to impact operations—the way hotels source their supplies, for instance. Currently, many hotels stock 30 per cent extra inventory of some supplies, keeping in mind damage and theft. What if there comes a time when there is a way to do everything in real time?

Frits Van Paaschen talks of overtourism as a big trend. Some destinations have got so much hotel supply and so many tourists spilling into it that the destination will completely go out of fashion. Hotel consultant Manav Thadani agreed. ‘As key markets near oversupply and saturation, lesser-known destinations will see interest from brands and consumers alike,’ he said.
The trick is in getting the next big destination right. Hainan in China is a big bet. Soon there will be more hotels in Hainan than in Hawaii, said the global head of development of a big hotel chain.
In India, taking this bet is very difficult going by the experience of several developers. When Bekal in Kerala opened up, pushed by the state government, the Lalit and a few others invested in the destination. For thirteen years nothing happened because the promised infrastructure never came up. Now, the Lalit is trying to open up Chitrakoot as a new destination in Madhya Pradesh. But the same infrastructure problem remains as nearby Khajuraho, a heritage site, suffers 40 per cent occupancy because flight, road and rail connectivity is very poor.
While there is no shortage of new destinations, in India there is additional problem of government red tape. Jose Dominic’s problems of coping with the government interference at Bangaram Island is a case in point. If VIPs visited, access to the island would be cut off, and so on.

Hotel formats are already being radically changed. There are pod hotels, innovations from space-starved Japan that cater to travellers on a budget and limited needs. The first pod hotel in Mumbai has already got terrific reviews from travellers, who visit the business capital for just a day and need only a place to sleep in at night.
Both Jean Michel Cassé of Accor and Navjit Ahluwalia of Hilton feel that big box hotels are going to explode in India. At Las Vegas, the Venetian run by the InterContinental Group combined with the Palazzo has over 7000 rooms. Genting Highlands in Malaysia has 7351 rooms. In India, by contrast, anything over 500 rooms is considered massive. ITC has taken the lead in setting up the biggest hotels in India, with the Grand Chola in Chennai, and the Royal Bengal Sonar combined property in Kolkata that together has 693 rooms. A 1000 room hotel was not yet a reality in India in 2018 but come 2023, we could have that. The advantage of a big box format is that it can tap into the huge opportunity for MICE. This is something that has just not been exploited well in India.
Hoteliers can really experiment with formats if they put some creative thought to it. Frits van Paaschen pointed to the world’s first ice hotel that came up in north Sweden and the reason it came up. He started with an ice sculpture show. Then an ice gallery. But nobody was turning up. In desperation he created an ice hotel and for some reason it was successful. Now there are many ice hotels.
Closer home, in India, there is an art hotel in Mumbai, where every room is a canvas. Plenty of hotels have art in their lobbies and rooms, but boutique hotel Le Sutra located quite close to the seaface has made art its very raison d’etre. Over 120 painters, forty sculptors and fifteen designers have created this exotic little getaway in Mumbai’s posh Khar neighbourhood. This quaint, charming place draws its inspiration from mythology and from the three gunas—Tamas, Rajas and Sattva—and tells the story of Ravana, Krishna and several characters from Indian epics.
‘It is a big challenge for a large organization to do things unconventionally,’ said van Paaschen. ‘But it is an imperative to do so.’
Casino hotels could be the next big opportunity in India. The country’s rules prohibit casinos on land—so the first casino hotels have sprung up on ships on the Goa coast. At the Deltin Royale, the casino experience is quite memorable. Spread over four levels and 40,000 square feet, the ship attracts over a thousand footfalls on many days. It has been conducting poker tournaments to drive traffic. Occupancy at the 106-room Deltin Suites remains high as guests check in there to be ferried to the floating casino.
At several hotel conventions in India, one has been running into representatives from MGM hotels who have been checking out the country in the belief that it will be only a matter of time before regulations change and casino hotels are allowed. 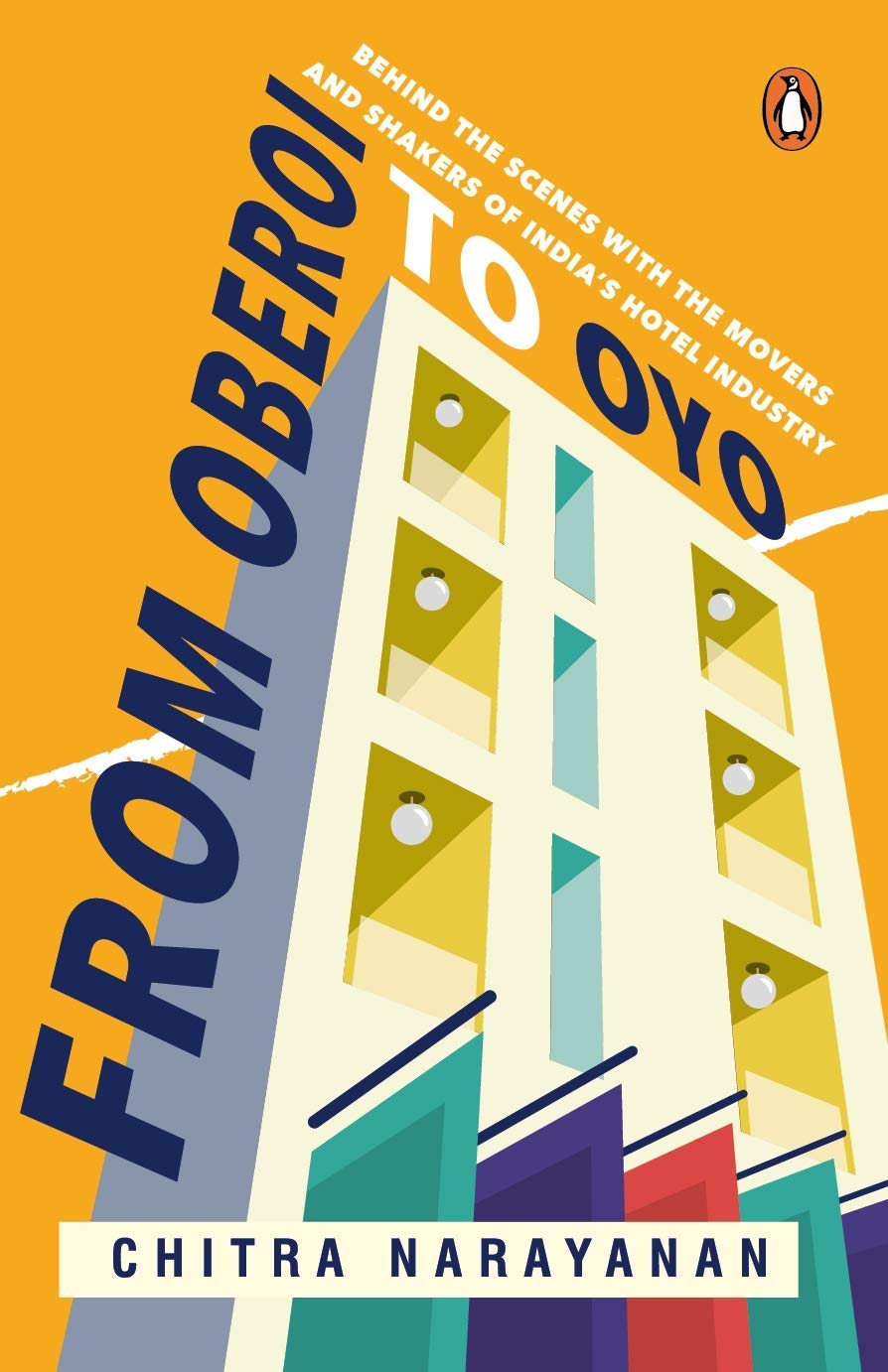 Excerpted with permission from From Oberoi To Oyo: Behind The Scenes With The Movers And Shakers Of India’s Hotel Industry, Chitra Narayanan, Penguin India. Read more about the book here and buy it here.

Video. Geetika Kohli’s review of ‘Normal People’ by Sally Rooney | The Dispatch
Book Excerpt | Plassey: Read an excerpt from Sudeep Chakravarti's book on how Siraj-ud-daulah was captured after the Battle of Plassey