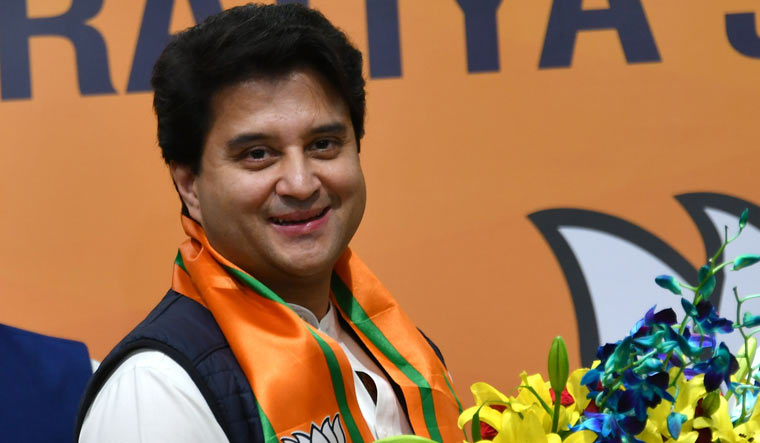 The Dispatch Staff
Add Comment
Referring to the expansion of airport facilities here, he said after an international cargo terminal, the city will also have a domestic cargo terminal, while three new aero-bridges were being built.

Indore: Union Civil Aviation Minister Jyotiraditya Scindia on Monday inaugurated IndiGo’s flight on the Indore-Jammu route and said the country’s cleanest city was getting connected to the “crown of the nation”.

Indore has been declared the country’s cleanest city several times in a row in the Central government’s Swachh Survekshan, a mega urban cleanliness and sanitation competition.

“Today is an important day. Hindustan’s crown (Jammu-Kashmir) is getting connected with the heart of the country, Indore, the historic city of Maa Ahilya and the cleanest city in the nation, Scindia said while addressing the programme virtually from Delhi.

Scindia said the city will soon get connected to Chandigarh and Visakhapatnam as well.

Referring to the expansion of airport facilities here, he said after an international cargo terminal, the city will also have a domestic cargo terminal, while three new aero-bridges were being built.

Permission to convert an old airport in the city into a state hangar has also arrived from concerned authorities, Scindia said at the function, which was also addressed virtually by the Union ministers Jitendra Singh and VK Singh.

Jitendra Singh, who represents Udhampur Lok Sabha seat in Jammu-Kashmir, praised Scindia for the expansion of civil aviation services in the country and Prime Minister Narendra Modi for Operation Ganga (under which stranded citizens were flown back from war-torn Ukraine).

Speaking on the occasion, Madhya Pradesh water resources minister Tulsiram Silawat said, after Scindia had taken over as civil aviation minister, the number of cities connected to Indore by air had increased from 12 to 23.

Silawat, who said 80 new flights had started from MP on the directives of Scindia, asked the latter to increase the frequency of the Indore-Dubai flight to three times from the current one per week.

He also sough air connectivity of Indore with countries like Singapore and Malaysia in order to promote international tourism.

The Indore-Jammu flight inaugurated during the day will operate four times a week, a statement from IndiGo said.

IndiGo representatives here handed over the first boarding pass to Scindia as a token of appreciation and later to a passenger Preeti Sharma, who said she was waiting for such a service for a long time in order to visit Vaishno Devi Temple.