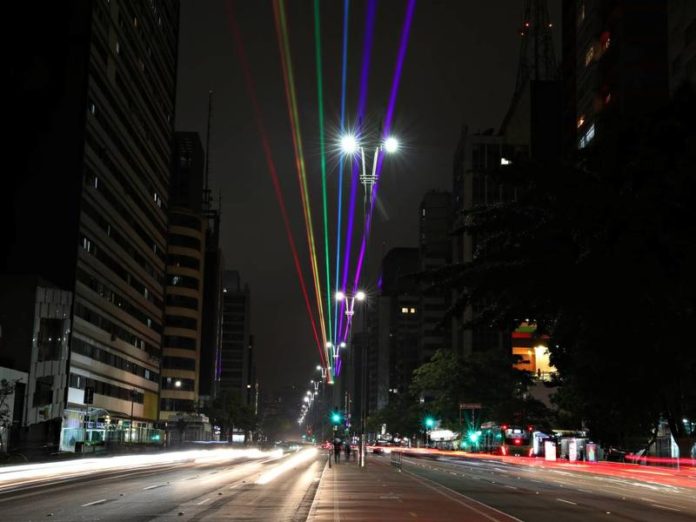 By Fabio Teixeira and Oscar Lopez

RIO DE JANEIRO/ MEXICO CITY: As a gay man growing up in Brazil, Afif Sarhan was banned from donating blood for most of his life.

“I thought, ‘Why is my blood inferior to others?'” Sarhan, a 41-year-old public servant from the centre-west state of Goias, told the Thomson Reuters Foundation. “It’s my right as a human being to help people and still be who I am.”

That all changed in May when Brazil’s top court overturned the ban on gay men giving blood – the latest in more than half a dozen rulings it has made in favour of LGBT+ rights.

For years, the courts have been the main driver of LGBT+ gains in Brazil, with little action from Congress in a deeply religious country where both the Catholic Church and the popular evangelical Christian movement frequently criticise gay rights.

With President Jair Bolsonaro, a former army captain well-known for making homophobic remarks and praising the country’s 1964-1985 dictatorship, becoming increasingly critical of the judiciary, some fear that LGBT+ progress could now be at risk.

The conservative leader said last month that the Supreme Court was “committing abuses” and it was time to put “everything in its rightful place” after it authorised investigations into claims Bolsonaro made police appointments for personal motives.

The court, commonly known as the STF, is also investigating rallies endorsed by Bolsonaro that called for military intervention in politics and the closure of the Supreme Court and Congress, triggering fears for Brazil’s young democracy.

In one protest last month, supporters of Bolsonaro set off fireworks in the direction of the Supreme Court building. A leader of the protesters, who threatened violence against some Supreme Court judges, was later arrested.

“Bolsonaro’s attack against the STF is a direct and frontal assault against one of the pillars of democracy,” said David Miranda, an openly gay congressman with the leftist opposition Socialism and Liberty Party (PSOL).

“With a few decisions and a subtle change of the constitution, we could lose the rights we have conquered.”

A spokesman for the Bolsonaro administration did not respond to a request for comment.

LGBT+ issues remain divisive in Brazil, which has the world’s largest Catholic community and a growing evangelical population among the urban poor, shifting politics to the right.

The country is also one of the world’s most dangerous for gay and trans people, with 297 LGBT+ murders last year, according to the watchdog group Grupo Gay da Bahia.

Due to widespread conservatism in Brazilian politics and society, activists have largely turned to the courts instead of Congress to secure LGBT+ rights.

“The Brazilian legislature has been occupied by conservative forces and has a very large, religious fundamentalist bench,” said Renan Quinalha, a law professor at the Federal University of Sao Paulo.

“(So) LGBT groups have started to go through the Supreme Court, doing strategic litigation and advocacy to achieve victories in the judiciary.”

The strategy has paid off.

This year, the Supreme Court allowed streaming platform Netflix to continue showing a film depicting Jesus as gay, despite a national outcry, and also struck down local laws barring teaching on gender and sexual orientation in schools.

It also voted to criminalise homophobia and transphobia last year, and in 2018 ruled that the government could not require trans people to have surgery in order to legally change their gender.

When Congress dragged its feet on passing a gay marriage bill, the judiciary took the lead on legalising it in 2013.

Despite Bolsonaro’s war of words, legal experts say he is unlikely to interfere directly with the court. “It doesn’t seem to me that the (Supreme Court) is at risk,” said Quinalha.

“I think that the STF is managing to position itself very well before the government … investigating the threats and calls to violence against ministers and the court itself.”

But campaigners worry that LGBT+ rights could be rolled back ahead of the 2022 elections as Bolsonaro is set to appoint two new judges to the 11-member Supreme Court.

In Brazil, Supreme Court judges retire at 75, with the president filling the vacant spot. In 2020, Celso de Mello, the court’s longest serving judge will retire, followed in 2021 by Marco Aurelio Mello.

If Bolsonaro is re-elected, he will be able to make another two appointments in 2023 as two more judges will reach the age of retirement.

“If you have a different majority in the Supreme Court, you can change previous judgments,” said Quinalha.

And it is not just about having a conservative majority on the court. In Brazil, a single Supreme Court judge can hold back rulings indefinitely by saying they need more time to review a case before they vote.

In urgent cases, judges can also make unilateral decisions, such as issuing an injunction, that stand until the whole court has time to vote on it, which can take years.

While LGBT+ activists’ legal strategy has delivered historic victories, observers fear that they are not as deeply-rooted as laws that are voted on in Congress, which attract much more public debate, lobbying and media coverage.

Popular opinion on LGBT+ rights remains deeply divided in Brazil, unlike in neighbouring Argentina, where gay marriage passed through Congress in 2010 and provoked a heated public discussion.

“In places where there’s been a social debate around the rights of LGBT people, the process of discussion and debate made it easier for society to adjust to the new reality,” said Leandro Ramos, Brazil director for LGBT+ rights group All Out.

“The fact that this debate never happened inside (Brazil’s) Congress has made these rights more vulnerable.”

Brazilian lawmakers and the constituents they represent have rarely had to debate LGBT+ issues, potentially making hard-fought wins more vulnerable under a conservative court.

“A law is more consolidated because it also expresses a debate in public opinion … so it’s more difficult to modify,” said Quinalha.

For now, LGBT+ Brazilians are enjoying the newfound rights granted to them by the nation’s highest court.

Sarhan, the public servant in Goias, went back to give blood last month, six years after being denied – this time, his sexual preference never came up.

“It was a pleasure to donate, and not having a single question about sexual orientation,” he said.