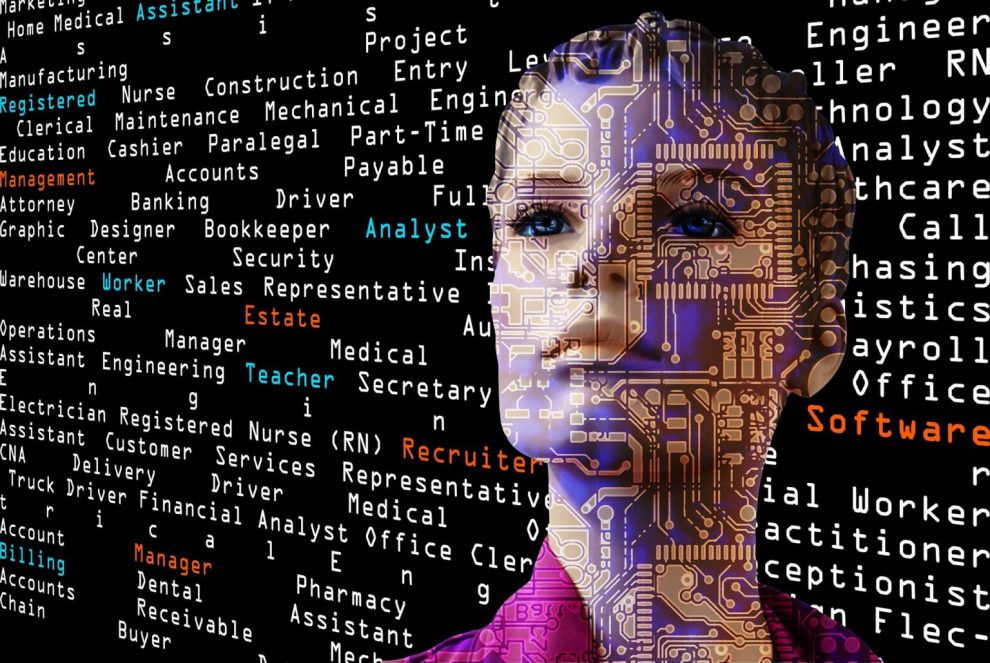 We cannot put the genie of knowledge and innovation back in the bottle. We cannot stem the pace of new ideas and discoveries. We must try and harness this flow of discoveries so that it leads to more rewarding lives for the vast majority of our citizens rather than giving way to chaos and the breakdown of civil society, which disruptive changes are equally capable of causing.

The main worry about AI, automation and all the other changes that we see approaching us is jobs. If AI and automated machines are going to do everything for us, what will we do? Optimists say we need not worry about jobs. Jobs, they aver, will not vanish but only shift from one sector of the economy to another. The only thing, they contend, we need to focus on is retraining people to do other jobs. They point out that a whole army of people will be needed to write programs and algorithms and also to design and manufacture hardware, including sensors and other equipment for specific tasks. Ignoring the fact that many of these processes will themselves become more automated with passing time, we can agree that a whole army will be needed for these new tasks.

The trouble is that while we may need an army of workers for these new jobs, we are going to put many other armies out of jobs. I refer to the armies of drivers, shop floor workers, workers in fast-food outlets and any other job that is repetitive and common enough to be worthwhile to automate. That will only be the start. Wherever pattern recognition matters, such as medical diagnosis, AI will outperform humans.

Optimists, who think that the total number of jobs will not decrease and may even increase, often point to the Industrial Revolution. They contend that while there was a major displacement of populations and agrarian jobs greatly diminished, the total number of jobs increased greatly; the same thing will happen this time around also. I find this argument to be specious for two reasons. The first is that there is no guarantee that every revolution or major upheaval in human affairs will always have the same results. The second is that the avowed purpose of the Industrial Revolution, if ever it was openly admitted, was to make things cheaply by replacing muscle with mechanical force. With low living standards and consequently, low wages at the start of the revolution, employers found it economical to employ many people to work in tandem with machines. Large companies often employed tens of thousands of workers and the very large, over a hundred thousand. Their number of employees was a matter of pride for them. With rising wages, the focus shifted to making do with fewer employees. With the blooming of AI and automation, we now seem to have crossed a tipping point. The avowed purpose of businesses now is to have as few employees as possible. Estimates put the extent of current jobs that are vulnerable to automation at between 40 to 50 per cent of all jobs. I doubt that as many new jobs can be created by the automation industry. We will have to look elsewhere.

There is a growing body of literature, of a doomsday nature, where, because of AI and automated processes, humans are replaced by machines of one kind or another and become largely unemployable, resulting in redundancy and poverty for the vast majority and the concentration of wealth in the hands of a very few. This outcome is certainly a possibility, but so are other happier outcomes. We need to be sagacious in the choices we make in the very near future.

The time to make the choices is now. Self-driving cars and trucks will start appearing on the roads of some countries in the next couple of years. By 2030, they will be mainstream there and will have made inroads in other countries. The factories that make the cars and everything else will have more machines and fewer humans. Jobs will not vanish at the flip of a switch. It will be a gradual process as more and more AI and robotics enter manufacturing plants. The process has already started and will keep speeding up. By 2025, general conversations the world over will refer to the ongoing job losses. By 2030, the same conversations will have a hue of panic in them. What we will all need to do at that point is to avoid being complacent and stop believing it to be a passing phase and that things will soon revert to the normal. There will be no normal to go back to. No amount of tweaking of interest rates by central banks will matter. The changes coming our way will be too strong to be controlled by such palliative measures. We will have to reorganize our society and the ways in which we interact with each other until we find a new normal, hopefully a happier one. As long as we are broken up into countries, acting more or less independent of each other, some countries will find a happier normal than others. Some will come to it sooner and some perhaps not find it at all.

The second part of the book looks at the things we can do both individually and collectively to cope with the coming changes. As individuals, we can do little more than keep ourselves informed about all the changes taking place around us and be aware of the jobs that can be taken over by AI or robots or machines in general and position ourselves accordingly. The role of governments in coping with the coming changes is much greater.

Governments will literally have to plant, nurture and grow another parallel economy focused on job creation, with limited scope for machine participation, to function alongside the existing economy. This is not impossible. It is probably much easier than it may at first appear. To set up the new parallel economy, governmental effort will be needed mainly on three fronts. First, is starting an unconditional Universal Supplementary Income scheme. Second, is on the ease of doing business with a focus on starting new business ventures. Constraints in doing business arise mainly because of bureaucratic processes. It will not be enough to remove some of the constraints. A complete reorientation of governmental and bureaucratic thinking is needed. Their stance will have to reverse from hampering to actively speeding up the start of new ventures. With the right incentives, this reversal of orientation can be made to happen. Third, is writing a new tax code for the new parallel economy. The prioritization for the new parallel economy has to shift from government revenues to the creation of jobs. Absurdities such as treating angel investments as taxable profits must be put down with a heavy hand.

Handled properly, this new parallel economy has the potential of creating, in India alone, 60 million new jobs in a couple of years. Let us step into the future, the not-so-distant future.

Excerpted with permission from Re-Imaging Jobs in a Fast Changing World, Rajiv Bahl, Rupa Publications. Read more about the book here and buy it here.

Join The Dispatch Whatsapp Group to stay updated
The Dispatch is present across a number of social media platforms. Subscribe to our YouTube channel for exciting videos; join us on Facebook, Intagram and Twitter for quick updates and discussions. We are also available on the Telegram. Follow us on Pinterest for thousands of pictures and graphics. We care to respond to text messages on WhatsApp at 8082480136 [No calls accepted]. To contribute an article or pitch a story idea, write to us at [email protected] |Click to know more about The Dispatch, our standards and policies
TagsFuture of Jobs Rajiv Bahl Re-Imaging Jobs in a Fast Changing World Rupa Publications

Absconder evading arrest since 15 years arrested in Kishtwar: Police
BSF spots another drone in Jammu, 6th In 15 days after air base attack
Comment