The man was still as a statue. His lean frame did not move an inch. He watched unblinking, as if it would make a world of difference. He blended with the shadows, drawing absolutely no attention to himself, as if he was the night itself. His eyes, the colour of wet earth, were transfixed at the entrance to the pub.

Hauz Khas Village was pulsating with a party-hungry crowd. It was Friday. The following Monday was a national holiday—Diwali, the festival of lights. That made it a long weekend. Everyone was out to have a blast—booze, food, revelry and, hopefully, a little bit of fun—the naughty kind. It was noisier than usual that night. Honking bikes and cars were trying to huddle into the already packed open-air parking space. The impatient occupants of the vehicles were raring to hit the party circuit.

The man was in complete contrast to his surroundings. Like a cheetah stalking a bunch of gazelles, he stood in the shadows of the darkened art gallery. It was past working hours and the gallery was closed for the day. His focus did not once deviate from the entrance of the pub called The Gift Horse’s Mouth. A thought crossed his mind: Never look a gift horse in the mouth. An old saying that meant ‘be grateful for the gift’. The man was compelled to ignore the advice. He had to look into the mouth of this particular horse. It was going to spew out his gift any time now.
His gift was in the pub. He was a very prominent man, the gift. A Member of Parliament and young by political standards. In his late forties, Prakash Kumar or the son of light, as his name meant, was a loud man. Under different circumstances, he could have been the future of the country. Unfortunately, he was always in the shadows of a far more influential politician—his father. In spite of being of the right stock and upbringing, Kumar was never going to become one of the great leaders of the country. It was his fate. He was not destined to greatness.
It had its advantages. He was powerful enough to get things done for high stake players. His clients approached him in the shadows for things that could never go public. Businesses, criminals, politicians, money launderers, just about anyone who needed facilitation headed for Kumar. A powerful political legacy and a father who appeared to be squeaky clean meant Kumar could play with the system.

Kumar argued that high-stakes games were not taboo. Simple reason: they did not affect the man on the street. They only made life easier for the average Indian—more jobs, more opportunities for growth. No harm if the facilitators made some extra cash for themselves… sometimes in crores, and at other times hundreds of crores.

Kumar was good-looking without being strikingly handsome, intelligent without being a genius and powerful with no accountability. In fact, he was the best fit to be a wheeler-dealer. And he loved it! The sycophants around him hung to his every word while gratefully wolfing down every morsel he flung at them. They were his shield. If things went south, they would take the brunt, leaving Kumar unharmed. In return, they were well taken care of. He had just concluded a deal for windmills. Currently, they were considered a pioneering effort to generate cheap electricity. Could they? It was debatable. It depended on factors no one knew about or cared.

Five years from now, it would not really make a difference if the windmills did or did not generate sufficient electricity to justify their cost. The powers-that-be would come up with something new. In the meanwhile, a lot of work would be underway inducing employment, funding, growth. Or at least an illusion of it. Progress did not happen without activity, but a lot of activity did not necessarily mean progress. Only a few knew the difference and they made the most of it.

Growth. That was the key word of the day. It surely meant his growth, too, Kumar would argue with himself sometimes.
The celebrations should have been in a seven-star hotel at least or in an exotic foreign location at best. Hauz Khas Village was the choice for a simple reason. The Gift Horse’s Mouth was Prakash Kumar’s own pub through several crossholdings. 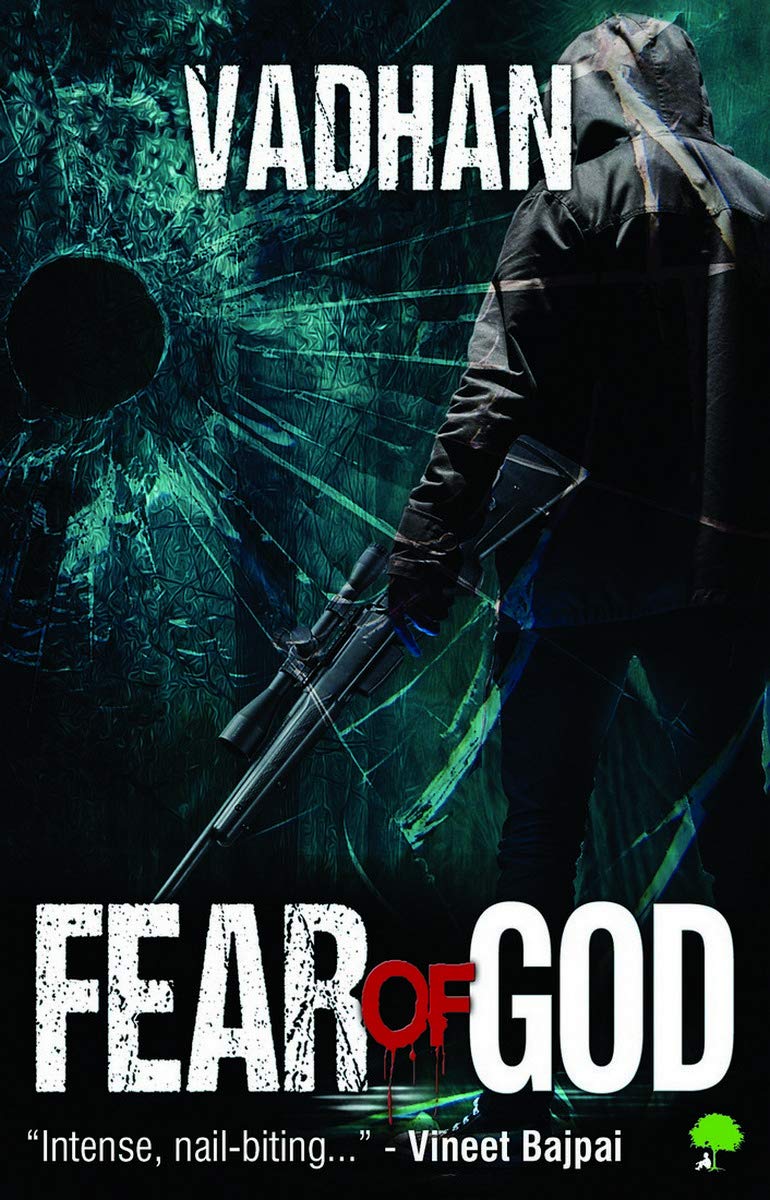 Excerpted with permission from Fear of God, Vadhan, TreeShade Books. Read more about the book here and buy it here.

Sarbpreet Singh on "The Camel Merchant of Philadelphia": 'Maharaja Ranjit Singh’s court exemplifies the virtues of governing in a truly secular manner'
"I am the last person to like being jailed": Farooq Abdullah on 28 June 1989