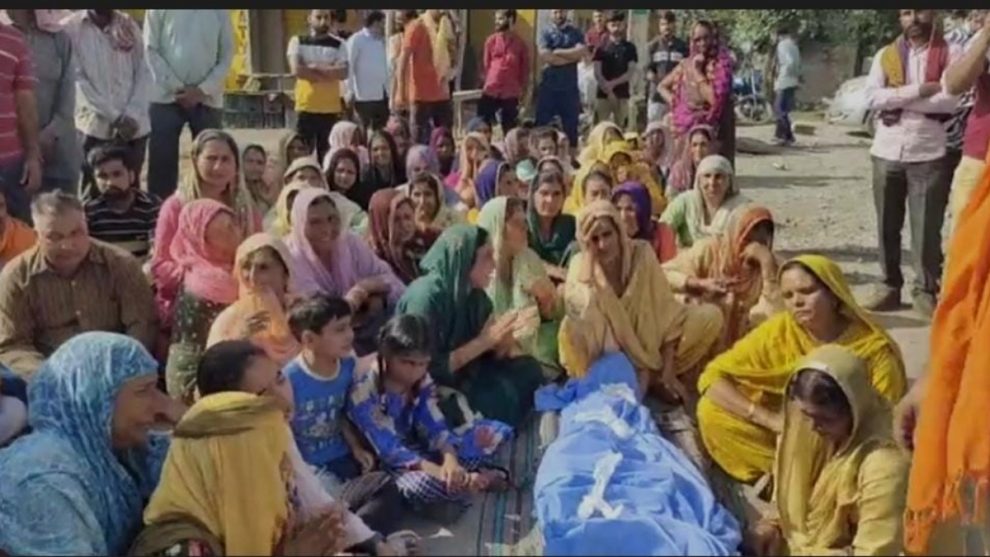 RAJOURI: The villagers in Bakhar area of Rajouri have blocked Jammu Rajouri Poonch national highway over death of a local man killed in grenade explosion on Tuesday at a newly opened wine shop in Baramulla.

Locals told that the family members and other villagers of deceased have blocked the main highway connecting Rajouri and Poonch districts with Jammu provincial headquarter and stalled vehicular movement.

The protesters are demanding an ex gratia of twenty five lakh rupees for the family of deceased and employment to one of the family members.
The protesters said that the deceased was father of four daughter and one minor son and was sole bread earner in family.

According to eye witnesses, local administration was trying to pacify protesters but they refused to lift their dharna till their demands are met—(KNO)