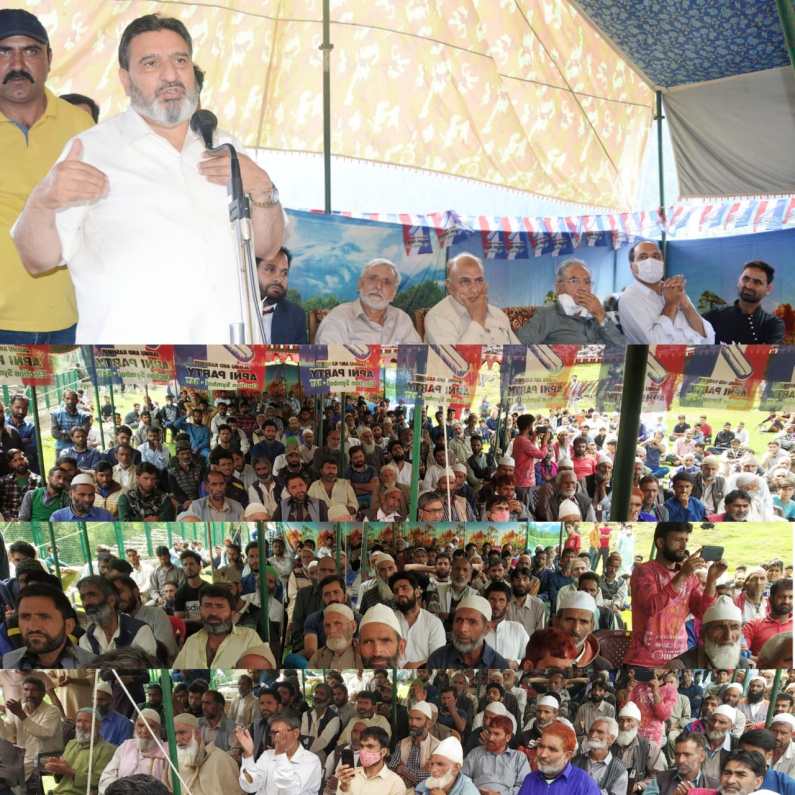 During the press conference, he laid stress on the burning issue related to the regularisation of PDD employees. He also laid focus on Implementation of Minimum Wages Act and said Kashmir is the first UT where the lawmakers are breaking the law by exploiting the PDD daily wagers and other contractual workers.

Taking a dig at the Administration, Bukhari said nearly 1 Lakh daily wagers are yet to be regularised and most of them are about to get retired. Calling the move as unacceptable, he raised issues of daily wagers working in various departments, including PHE, Agriculture, Floriculture, Fisheries, Flood and Irrigation, Food and supplies, Health, Forest, Rehbari Khel (Sports) Wildlife, Hoticulture, HDF Command area, Tourism and several other contractual workers from various departments.

Sharing grief over the recent incident in which a lineman died due to electrification during the repairment work , he said playing politics on Human sufferings is completely sickening. He demanded compensation to the family members of the deceased lineman from Pattan. He also demanded job opportunities to one of the kins of all those dailywagers who died in the line of duty.

Bukhari while showing strong resentment over the administrative apathy , he said if the issue of regularisation of daily wagers is not solved within 30-60 days, he will join the agggreived group on roads and stand shoulder to shoulder with them in the protest.

Bukhari raised the issue of Anganwadi Asha workers and Health workers who have been appointed under National Health Mission and said they too need to be taken into consideration on immediate basis.