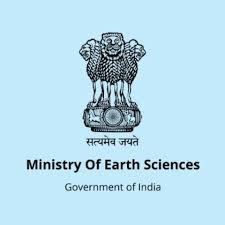 Rashtriya Swayamsevak Sangh-affiliate Bharatiya Kisan Sangh (BKS) on Thursday said that it will not support farmer unions ‘chakka jam’ call given for February 6 for blocking national and state highways for three hours.Farmer unions have said that they will block the highways in protest against the internet ban in areas near their agitation sites, harassment allegedly meted out to them by authorities, and against three farm laws.”Now, the protest at all the borders of Delhi is very much political and it is clearly visible that this has become political propaganda.

“Earlier the Canadian political leaders supported the farmers’ protests, then British leaders and now celebrities from other countries. It proves that this is propaganda against India and they will damage the peace and harmony of the country,” he said.
Condemning the violent incidents that happened on January 26 in the national capital, Choudhary said that it cannot be acceptable to any patriot.

The BKS has also expressed concern that some anti-social elements may participate in the February 6 protest. “We need to be careful as it can damage the peace and harmony of our country,” he added.
Several organisations representing farmers have called for the nationwide shutdown on February 6 to protest against the three recently enacted agriculture laws and problems faced by them including the internet shutdowns.

Farmers have been protesting against three of the Centre’s laws: Farmers’ Produce Trade and Commerce (Promotion and Facilitation) Act, 2020, the Farmers (Empowerment and Protection) Agreement on Price Assurance and Farm Services Act, 2020, and the Essential Commodities (Amendment) Act, 2020.