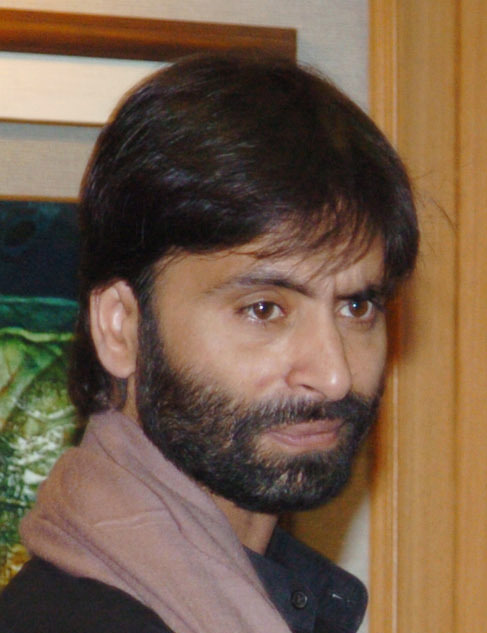 The National Investigation Agency (NIA) on Wednesday urged the court to give the death penalty to Yasin Malik, a separatist leader from Jammu and Kashmir while the latter said that will not beg for anything and left the decision on court.

The lawyer who attended the court proceeding said, in the courtroom, “Yasin said that if I have been involved in any terrorist activity or violence in 28 years, if Indian Intelligence proves this, then I will also retire from politics. I will accept the hanging. With seven Prime Ministers, I have worked.”

On the demand by NIA for the death penalty to the separatist leader, he said, “I will not beg for anything. The case is before this court and I left on the court to decide it.” NIA SPP (Special Public Prosecutor) told the court that Yasin Malik is responsible, in part, for the Kashmiri exodus.

The court which is set to pronounce the quantum of punishment said, “let’s not go into all this. Stick to the facts. This is a terror funding case.” The court on the last date had convicted him in the matter. Malik recently had pleaded guilty in the terror funding case.

The lawyer representing NIA on Wednesday sought maximum punishment against Malik. However, Advocate Akhand Pratap Singh (court-appointed amicus) sought minimum punishment (life imprisonment). Meanwhile, Yasin Malik on sentence point said “I have already given me words in the court and now it is on the court discretion”

The Special NIA Judge Praveen Singh said we will pass the judgment at 3:30 pm today. Earlier the court asked NIA to give an affidavit on the socio-economic status of convict Yasin Malik after taking the help of local authorities. Malik is also directed to file an affidavit disclosing all sources of his income and assets (movable and immovable).

Malik had told the court that he was not contesting the charges levelled against him.

NIA Judge, while passing the order said, “The analysis reflects that the statements of witnesses and documentary evidence have connected almost all the accused with each other and to a common object of secession, to the commonality of means they were to use, their close association to terrorist/ terrorist organizations under the guiding hand and funding of Pakistani establishment.”

On March 16, the NIA Court had ordered the framing of charges against Lashkar-e-Taiba (LeT) founder Hafiz Saeed and Hizbul Mujahideen chief Syed Salahuddin, Kashmiri separatist leaders including Yasin Malik, Shabbir Shah, Masarat Alam and others under various sections of UAPA in a case pertaining to the terrorist and secessionist activities that disturbed the State of Jammu and Kashmir.

The Court noted that, during the course of arguments, none of the accused argued that individually they do not have a secessionist ideology or agenda or that they have not worked for secession or advocated for the secession of the erstwhile State of Jammu and Kashmir from Union of India.

Witnesses after witnesses have deposed that APHC, its factions after division and JRL had only one object and that was the secession of J&K from the Union of India. Witnesses have connected accused Shabir Shah, Yasin Malik, Zahoor Ahmad Shah Watali, Naeem Khan and Bitta Karate to APHC and JRL. Another witness has connected Er. Rashid to Zahoor Ahmad Shah Watali who in turn is closely intertwined with APHC and Pakistani establishment/ agencies, the court noted.

However, the court also clarified that whatever has been expressed in the order is a prima facie opinion although, a detailed discussion of the evidence had to be done because the arguments were advanced by both sides in much detail.

According to the NIA various terrorist organizations such as Lashkar-e-Taiba (LeT), Hizb-ul-Mujahideen (HM), Jammu and Kashmir Liberation Front (JKLF), Jaish-e-Mohammed (JeM) etc., with the support of ISI of Pakistan, perpetrated violence in the valley by attacking civilians and security forces. It was further alleged that in the year 1993, the All Parties Hurriyat Conference (APHC) was formed to give a political front to secessionist activities.

The NIA charge sheet submitted that the Central Government received credible information that Hafiz Muhammad Saeed, Amir of Jammat-ud-Dawah and the secessionist and separatist leaders including the members of Hurriyat Conference have been acting in connivance with active militants of proscribed terrorist organizations like HM, LeT etc. for raising, receiving and collecting funds domestically and abroad through various illegal channels including hawala.

he NIA also stated before the court that this has been done for funding separatist and terrorist activities in J&K and as such, they have entered into a larger conspiracy for causing disruption in the valley by way of pelting stones on security forces, systematically burning schools, damage to public property and waging war against India.

The NIA further added that during the investigation it was also revealed that APHC and other secessionists instigate the general public, especially the youth, to observe strikes and to resort to violence especially stone pelting on the security forces. This was done to create disaffection amongst the people of Jammu and Kashmir towards the Government of India.