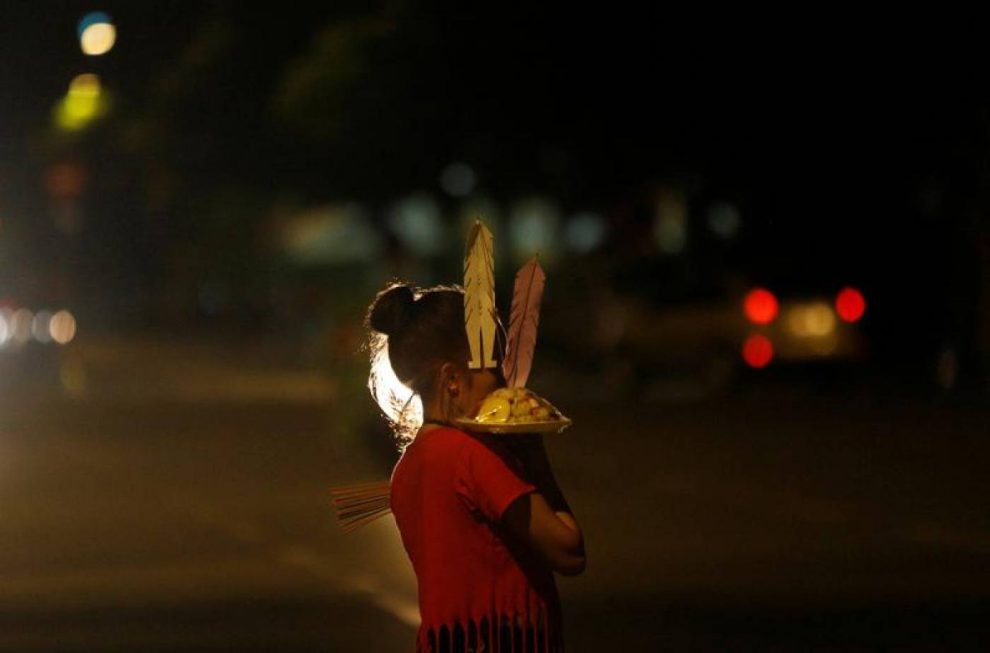 PHNOM PENH:  With her father’s crops failing and her mother ill, 17-year-old Veasna Sreypov left her home in the Cambodian countryside in 2018 and headed for the capital, Phnom Penh, to find paid work that would support her family.

She found a job working in a garment factory on the city’s outskirts and was paid $0.5 an hour to sew clothes for export.

Her salary barely kept the family afloat and, when a fellow employee befriended her and suggested they travel to China together to try and earn more, she decided to go.

The reality was very different. There was no job. Instead, the woman was a trafficking broker who had conspired to sell Sreypov as a “bride,” to a Chinese man.

Tens of thousands of women from Southeast Asia like Sreypov have been trafficked in the past decade by criminal networks to China where there is a gender imbalance of tens of millions of men.

This is Sreypov’s story as told to our Cambodia correspondent Matt Blomberg:

That woman I met at the factory was my first and only friend. Before long, I had told her my whole life story – about my family’s financial struggles – and she began to raise the idea of going to work in China.

I had never grown so close to someone so fast; she was kind, honest, gentle, and eventually she convinced me that it was a good idea. I left Cambodia in June, 2018. I was 17. I could never have guessed that the woman was a broker.

We travelled overland by car. Somewhere in Vietnam, we stopped and the woman told me to get out. She was going to pick up two other girls, and I would go ahead in a separate car alone.

It took days to reach China. When I arrived, I realised how vulnerable I was and thought: ‘now that I am here, will I ever see home again?‘

I was taken to a house. The man inside stroked my head, which made me shiver. Why was he touching me?

He told me to take a shower, to clean myself and cool off. I was nervous and frightened. When I refused, he took some wire and tied my hands, covered my mouth and then tore my clothes off and raped me.

Afterwards, I was taken to his family home, where his wife and parents lived. He told me that I would be going to live with another man, as a wife, and that if I refused, he would sell me every night to a different man, one after another, and it would never stop.

I was so scared, but I had to make a decision. I accepted my fate and was taken to another older man. He was horrible. He beat me, abused me, raped me and then, after all that, sent me to live with his son, my “husband,” who treated me even worse.

The son forced me to have sex often; he wanted a baby. He blamed me when I didn’t get pregnant and forced me to have an operation to put his sperm in my womb. When that failed, I was seen as useless and things got worse.

I was locked in one room with no freedom to leave. It was 2020 but I knew nothing about COVID-19 – I could not even look out the window without making him angry.

Over time, I learned that I should force myself to be nice, pretend to love him, so that I could deceive him and get a chance to use his phone and call for help. It was my only hope.

Eventually, I was able to call my mother and tell her what had happened.

She told me to wait and said was talking with the police in Cambodia. When I couldn’t wait any longer, I used my last resort and posted a plea for help on Facebook. A few days later, police arrived to rescue me, to release me from my hell.

I felt that my body had been destroyed, wasted; that I was no longer useful, having been so easily cheated and passed from one man to another.

But when I landed in Cambodia on January 24, more than two years after leaving, it was like being born again. Now I am in quarantine and, in a few more days, I will finally see my family again.