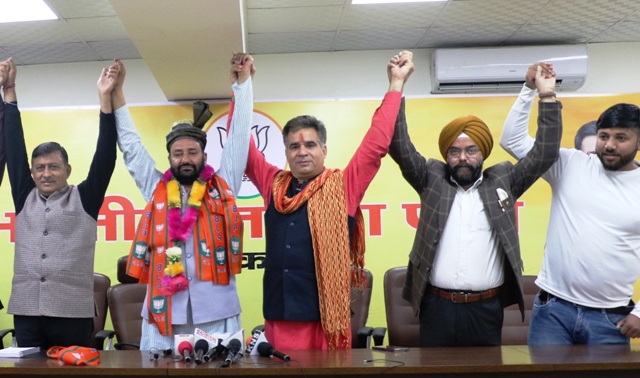 Raina welcomed the new entrants into the party fold, and said Dr. Mir is a prominent leader who has strong hold in all the communities in North Kashmir districts. “This joining of Dr. Khurshid Mir, Abdul Khaliq Abbasi and Sohail Ahmed Awan along with their supporters is sure to strengthen the party at the gross-roots level,” he said.

Raina said PM Modi’s slogan of ‘Sabka Saath, Sabkha Vikas, Sabka Vishwas and Sabka Prayas’ is winning the hearts. He said that such enormous and continuously growing support of people for BJP is clear indication that BJP is going to form government in Assembly elections and endowing BJP’s CM in J&K.

Vibodh Gupt praised the nationalist people of Uri who maintained communal peace even in the peak time of terrorism. “I am sure that people of Uri will gift first seat to BJP from Kashmir region.”

Dr. Khurshid Mir said that only BJP is seriously serving the society, nation, and that they have now joined the right platform to serve the people.