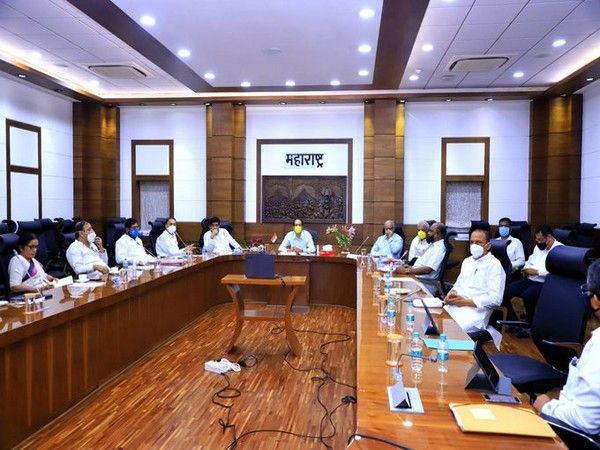 Maharashtra Chief Minister Uddhav Thackeray held a high-level meeting with representatives of various organizations of the Maratha community via video conferencing after the Supreme Court stayed Maratha reservation in the state.During the meeting here, Thackeray said, “The government will not back down for a moment and demand justice for the Maratha community, this fight is for all of us and we will do everything we can to bring justice to the society.”In this regard, we will take into account the suggestions of all concerned people and Opposition leaders will also be briefed on the issue, he said.
The Chief Minister said that the government has been sincere on this issue from the beginning and desperately wants to resolve this issue, but we will not tolerate any task of inciting and setting fire to the Maratha community for politics.

Deputy Chief Minister Ajit Pawar, Chairman of the Sub-Committee Ashok Chavan, Members of the Committee Eknath Shinde, Balasaheb Thorat, Anil Parab, Dilip Walse Patil, Advocate General of the State Ashutosh Kumbakoni, Senior Lawyer Vijay Singh Thorat were present in the meeting.
On September 9, the Supreme Court directed that no quota will be granted to people of the Maratha community in education and jobs in the state this year and referred the hearing on a batch of plea challenging the constitutional validity of a Maharashtra law granting Maratha reservation in education and jobs to a larger bench.

Newsfeed The Dispatch Staff - September 25, 2020
The Health Ministry has said that 75 per cent of New COVID -19  cases in the country are concentrated in 10 States...

Newsfeed The Dispatch Staff - September 25, 2020
A Virtual Bilateral Summit is being held between Prime Minister Narendra Modi and his Sri Lankan counterpart Mahinda Rajapaksa on 26th of...