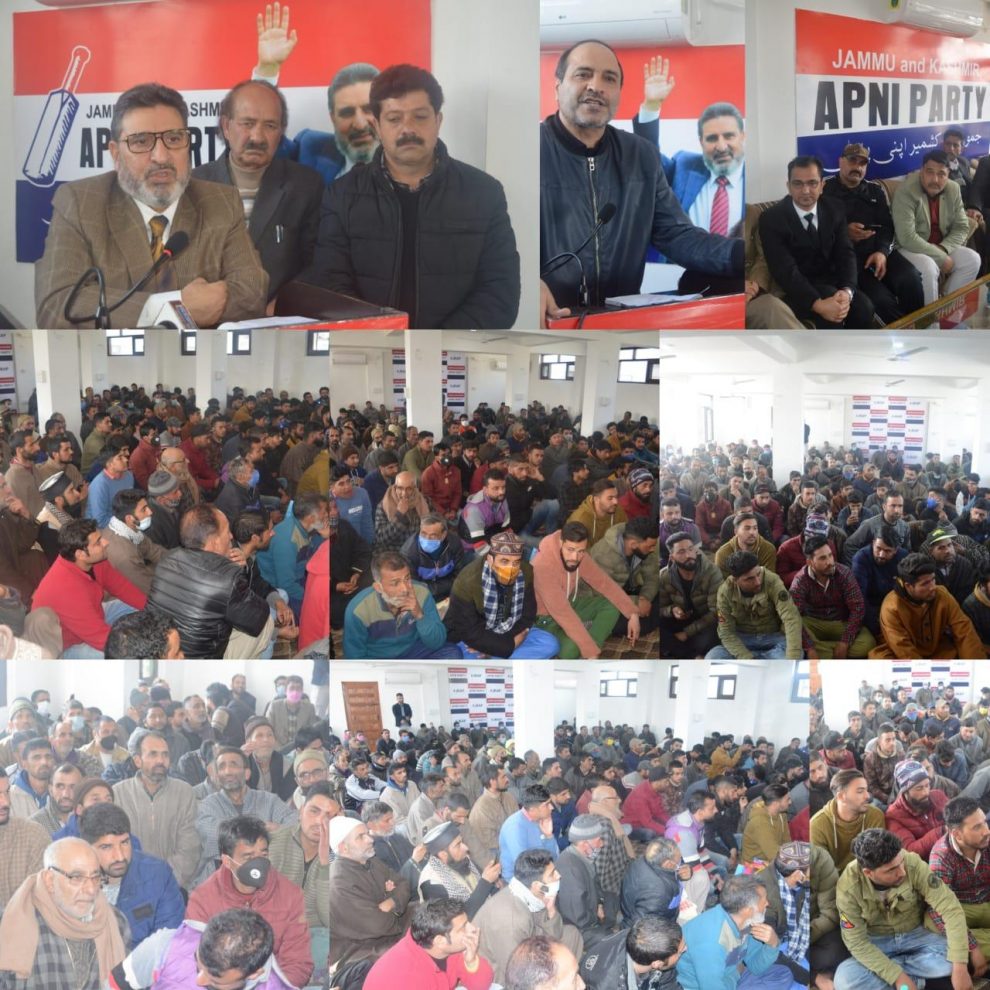 SRINAGAR, February 16: Apni Party President Syed Mohammad Altaf Bukhari on Tuesday pledged that his party will continue its fight against the divisive forces who are hellbent to erode the edifice of social fabric and pluralistic ethos in Jammu and Kashmir.

Bukhari was addressing a joining ceremony at Party office in Lal Chowk Srinagar that witnessed an impressive gathering of political activists from different districts of Kashmir.

On the sidelines of this event, prominent lawyer ex-general secretary Bar Association and ex-congress leader Gowhar Geelani, also joined Apni Party along with his political associates.

The Party President welcomed the new entrants while expressing that Apni Party shall foster equitable development in all the regions and sub regions of Jammu and Kashmir.

He said that mending the wedge between different communities in Jammu and Kashmir is one of the many tasks that Apni Party has taken on its shoulders as the communal and regional harmony is an essential ingredient for the development and progress of any successful nation.

“Playing communal and sectarian cards have been a hallmark of many of J&K leaders but Apni Party is committed to put an end to this abhorrent practice. We have never believed in preaching what cannot be practiced and that’s why we don’t resort to emotive sloganeering as some politicians have done it without feeling a sense of shame. Our motto is crystal clear: Better administration through corruption and nepotism free governance,” Bukhari remarked.

Apni Party President said that regaining statehood is a prime demand of Apni Party placed before the leadership in the country and the Party will leave no stone unturned till this goal is achieved.

“Statehood is indispensable for such a vast region as Jammu and Kashmir. It cannot be managed as a Union Territory for long. I believe that our central leadership understands it well and shall make prompt efforts to restore statehood at an earliest so that democratic process would start accordingly in proper manner” Bukhari said.

The convention was addressed by other party leaders also who impressed upon the new entrants to work for the welfare of the general masses in their respective areas. The new entrants thanked the Party leadership and avowed to strengthen the party at grass root levels.