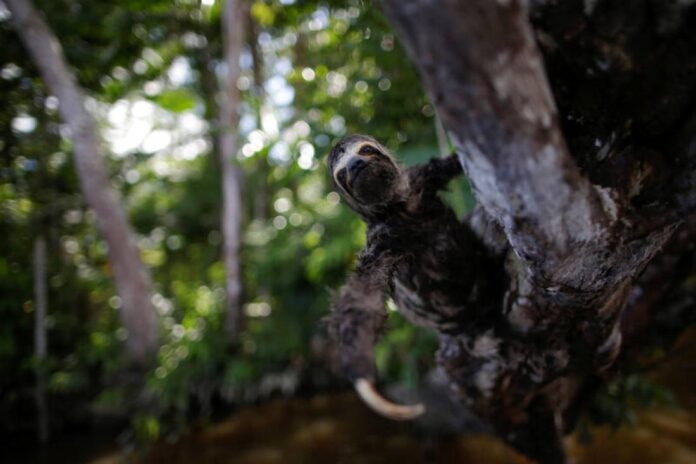 KUALA LUMPUR: The average size of wildlife populations has plummeted by two-thirds worldwide since 1970 as forests were felled to grow food, green group WWF said Thursday, warning that harming ecosystems hikes the risk to humans of infectious diseases like COVID-19.

Land conversion for farming and the wildlife trade were key reasons for the 68% average drop across thousands of populations of mammals, birds, amphibians, reptiles and fish between 1970 and 2016, according to WWF’s Living Planet Report 2020.

“Deforestation and in the larger sense, habitat loss – which is driven by how we produce and consume food – is the main cause of this dramatic decline,” said Fran Price, leader of the global forest practice at WWF International.

Price pointed the finger at large-scale commercial agriculture mainly in the tropics and sub-tropics, including the production of palm oil, soy and beef.

In 2019, tropical rainforests – whose preservation is considered crucial to curbing climate change – disappeared at a rate of one football pitch every six seconds, according to data from monitoring service Global Forest Watch.

The WWF report, with contributions from about 125 experts, tracked almost 21,000 populations of nearly 4,400 vertebrate species, giving an overview of the state of the natural world.

Those that live in freshwater suffered an 84% decline, it noted. Other worst-hit wildlife included Eastern lowland gorillas in the Democratic Republic of Congo and the African grey parrot in Ghana, said Price.

“These serious declines in wildlife species populations are an indicator that nature is unravelling and that our planet is flashing red warning signs of systems failure,” WWF director general Marco Lambertini said in a statement.

Scientists say the rapid pace of deforestation is also a major factor in the spread of zoonotic diseases – which are passed from animals to humans – such as the new coronavirus.

“With deforestation and increased wildlife, livestock-human interactions, there is more of a chance of spillover of zoonotic diseases like Ebola, like COVID-19,” Price told the Thomson Reuters Foundation.

“Forests really act as buffers to keep those diseases away from humans – and the more we destroy them, the more chances there are that we are going to unleash something that can have dire impacts on humanity.”

If the world continues with business-as-usual over the next decade, the losses in wildlife would take decades to reverse and populations are less likely to be revived, said Price.

Consumers also need to understand the impacts of their purchasing habits on nature and buy more responsibly, she added.

Separately, researchers at the University of Oxford said on Thursday that nature-based solutions – such as restoring forests and mangroves – are key to reducing climate change impacts.

In what they said was the first systematic review of evidence on nature-based solutions around the world, they found that almost 60% of them alleviated climate-related pressures such as flooding, soil erosion and loss of food production.

“In many cases, nature-based interventions can help communities adapt to the wave of climate change impacts we’ve seen over the past months, from record-breaking heatwaves to wildfires and hurricanes,” he said in a statement.

The WWF report included 20 essays by experts from China to Mexico, ranging from young activists, authors and academics to business leaders, journalists and indigenous leaders, writing on how they perceive a healthy planet for people and nature.

Among them, respected British naturalist David Attenborough urged people to “work with nature rather than against it”.

The time for a pure focus on national interests had passed, and internationalism was now the approach needed to achieve a better balance for the planet, the veteran broadcaster wrote.

“The wealthier nations have taken a lot and the time has now come to give,” he added.