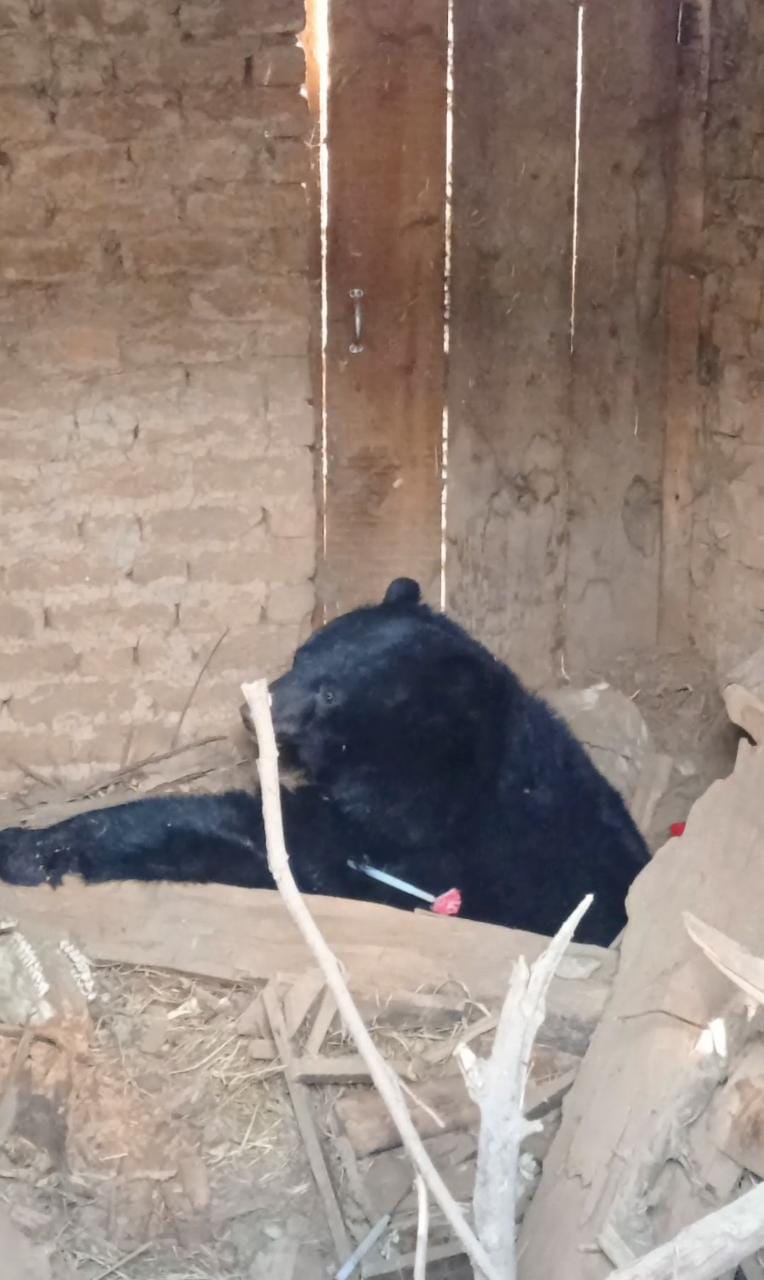 Reports said that the bear had taken shelter in an abandoned structure near Dogar Mohalla, Drugmulla area in Kupwara.

A Wildlife Department arrived at the site and on tranquilising the beast safely evacuated it alongside its two cubs to a safer place.

A Wildlife Department official on the ocassion thanked the local populace for their cooperation in safe evacuation of the wild animal. “It has happened first time in my over thirty year service that despite the female giving birth has been left alone and unharmed in some area and the local populace deserves due credit for this”, the official said.

“The animal would be released at some feasible place away from human habitation”, the official added. (GNS)