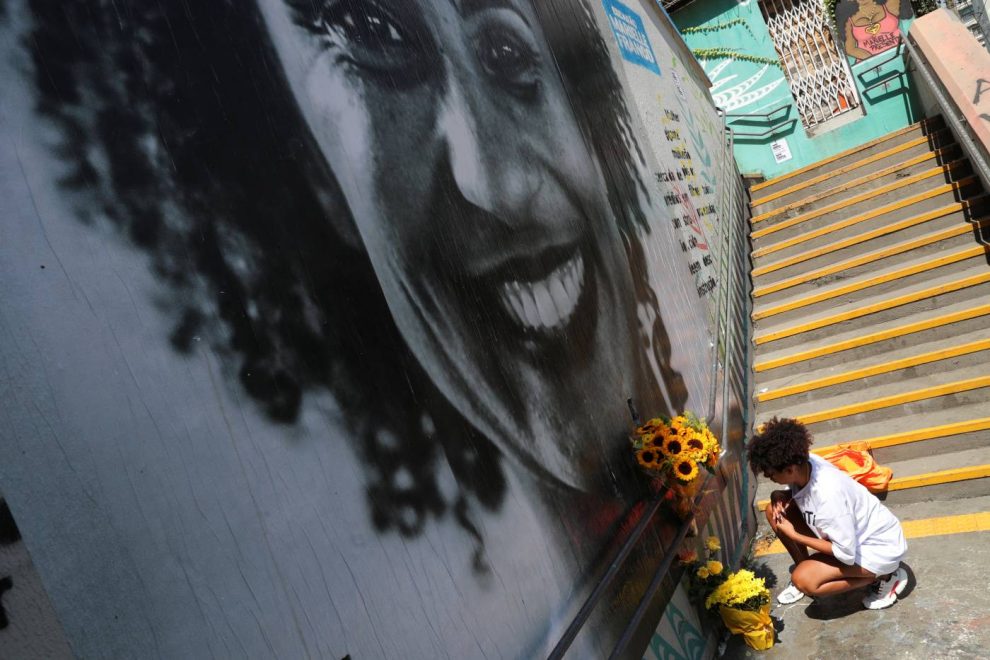 Two years after the murder of popular Brazilian councilwoman Marielle Franco, her partner Monica Benicio has also won a council seat and vowed to fight for justice and LGBT+ rights.

Franco, a Black openly gay Rio de Janeiro politician, and her driver Anderson Gomes were gunned down in 2018 in what investigators said appeared to be a political assassination.

In a symbolic victory, her widow Benicio won a Rio city council seat this month, in local elections which saw candidates backed by the far-right President Jair Bolsonaro knocked out of the running in several key races.

“The people gave us back on the ballot what they tried to take away with bullets,” said Benicio, 34, who had been planning to marry Franco at the time of her death.

“We are approaching 1,000 days without justice for Marielle and Anderson and we will continue to demand answers from authorities,” she told the Thomson Reuters Foundation.

Franco, a rising star in the Socialism and Liberty Party (PSOL), was an outspoken critic of police killings of poor Rio residents and her death sparked nationwide protests by Brazilians fed up with endemic violence.

Shaken by the world’s second deadliest coronavirus outbreak and economic crisis, Brazilians voted for traditional parties in the Nov. 15 polls, in a move that may damage Bolsonaro’s 2022 re-election hopes.

Benicio, an architect, feminist and human rights defender, said she was keen to see an end to the era of Bolsonaro, a former army captain who also began his political career at Rio city council and is well-known for making homophobic comments.

“The city that was the birthplace of Bolsonaro’s ‘politics’ is the city that sent a clear message at the polls: go back to the sewer where you came from,” said Benicio, who often wears a T-shirt inscribed “Fight like Marielle Franco”.

“This whole process is very symbolic. I know how much my entry into the Chamber represents an affront to the politics of hatred that legitimates what happened to Marielle.”

Investigators arrested two former police officers in 2019 and charged them with killing Franco in return for about $50,000. Their lawyers said they did not commit the crime.

Questions still swirl around the slaying, which is widely assumed to have been ordered and orchestrated by a criminal network. Franco often spoke out against Rio’s so-called “militias”, organised crime groups often run by off-duty police.

Looking ahead, Benicio said her priorities were to improve conditions in Rio’s slums, with better public transport, housing and hospitals, and to push for women’s and LGBT+ rights. “We want to address the theme of promoting and defending women’s rights very strongly, given that we live in a sexist society that is absolutely violent towards us,” she said.

“We will also focus on promoting and defending the rights of the LGBTQI population – who currently do not even have official data on them – which makes it impossible to promote efficient public policies,” she said in emailed comments.

The country is one of the world’s most dangerous for gay, bisexual and trans people, with 297 LGBT+ murders last year, according to the watchdog group Grupo Gay da Bahia.

Benicio said life had been difficult for LGBT+ Brazilians prior to Bolsonaro’s election in 2018, but it had become worse under his administration because of the example he set.

“With his prejudiced speeches and attitudes, he encourages violent acts against the entire LGBT population,” she said.

“On the other hand, the result of the polls this year indicates that the people are beginning to show signs that they will no longer tolerate this type of policy. From now on, we will not go backwards.”