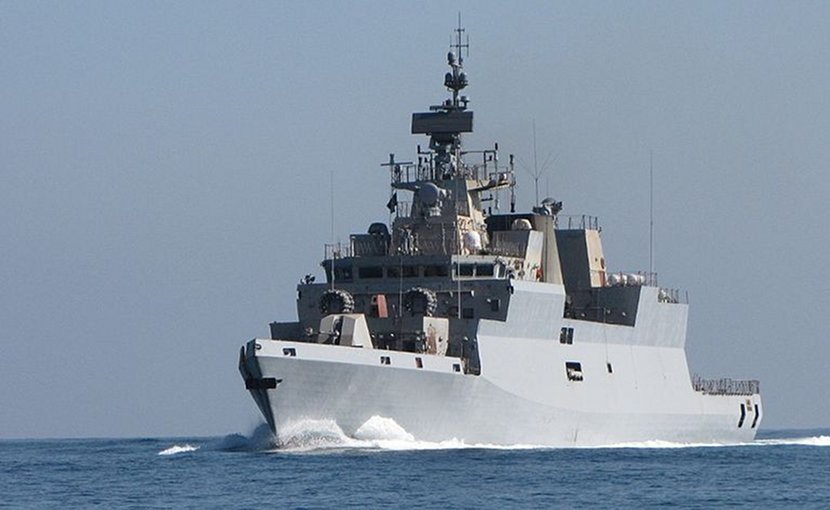 India entered 2021 faced with two security challenges: a standoff along the Line of Actual Control (LAC) and China’s growing covert presence in the eastern Indian Ocean (EIO). These challenges should signal to New Delhi the need to develop its own ‘theatre-wide’ approach in countering Beijing’s Indo-Pacific expansionism. As India continues to develop capabilities in Eastern Ladakh, it should also prioritise its inner maritime regions, the Andaman and Laccadive Seas.

Both incursions—the first, of course, more critical than the other—are part of Beijing’s global designs as exemplified by the Belt and Road Initiative (BRI). Its willingness to militarise territorial claims, as in the South China Sea (SCS), and BRI’s potential dual use, pose a systemic threat to India’s evolution from a regional to a trans-regional power.

Over the years, these developments have provoked India to respond diplomatically and geo-economically. Continuing Chinese aggression has finally highlighted the need to factor military measures in the response matrix. Given the criticality of the LAC incursion and encounters in the Northeast, India’s inner maritime regions in its primary interest area (PIA)—the Andaman and Laccadive Seas—receive less attention in the security discourse. The strategic concerns for both however are similar: connectivity and capacity.

Naval Priorities and a Capacity Overstretch

The situation in the Indo-Pacific, however, has changed. It requires more than just MDA capabilities. India’s encounters with China have escalated over the past two years. The US and its partners and allies have reinvigorated their resolve to counter Chinese aggression. If India aims to participate in maintaining collective regional security, power projection and ‘sea control’ have to be at the centre of the Indian Navy’s (IN) Indo-Pacific operational doctrine.

While IN deployments to the SCS have increased in recent years, these are small-scale projections. This is indicative of a capacity overstretch. To assert medium-to-long term dominance in the Indo-Pacific’s EIO sub-region, the IN must improve its amphibious/marine, anti-ship, air-defence, sea-lift, and carrier capabilities. The last two issues are crucial since current theatre-wide ratios appear inimical to Indian forces. A comparison between Indian and Chinese naval forces shows that Beijing is far better prepared for Operations Other than War (OOTW) and Small Scale Contingencies (SSC) in the SCS.

The Indian military establishment’s maritime security discourse begins with the idea of a “natural carrier” in the Andaman and Nicobar Command (ANC). However, a proactive posture in the Indo-Pacific requires expeditionary capabilities. For long-term regional dominance, the IN should aim for effective control in the eastern Indo-Pacific straits connecting the two oceans, along with regional partners like Vietnam, Singapore, Indonesia, and Australia. Such control will play a crucial role in quickly containing, overpowering, and defeating hostile action in the Indo-Pacific. This is especially important given the potential of a short-to-medium term US-China Pacific conflict.

The IN’s maritime security priorities are influenced both by contemporary issues as well as its colonial past. Following French expansionism in Indo-China, the Royal Indian Navy (RIN) drew the EIO’s eastern extent at the Singapore Strait. Similarly, during WWII, the RIN maintained this line with US naval forces stationed along the northern Australian coast. Sustained military ties between India and Singapore make a red-line in the Singapore Strait viable today.

A Review of New Delhi’s Measures

In light of these naval limitations, New Delhi has pursued formal and informal security arrangements with ‘like-minded’ partners such as Tokyo, Washington, Paris, and Canberra, and even those averse to the idea of the Indo-Pacific, like Moscow.

Following the 2020 Galwan Valley clash, the IN also initiated a build-up of forces in the ANC. It gradually accelerated deployment of all 150 warships to the Indian Ocean Region (IOR) by the end of the year. Elements of the ANC, Indian Army Southern Command, Marine Commandos, and others conducted a marine-landing exercise in the Andaman Sea and Bay of Bengal in 2021.

While a number of projects are underway to fulfil the 200-ship ambition, delays in production, staggered purchases, and platform-leasing only address short-term goals. For the medium-to-long-term, they will be insufficient in effectively expanding India’s security interests beyond the IOR. Even with the slated slated 2022 commissioning of INS Vikrant, carrier capacities will remain experimental in the face of rapidly growing PLAN capabilities.

With an eye on short-term success, the IN must improve its sea-lift, amphibious, and marine SSC capabilities. Instead of increasing the tempo of limited projections Pacific-side, India should focus on building solid material capacity in its PIA, specifically the EIO. Indian Coast Guard stations in Kavaratti and Port Blair should further integrate their surveillance, communication, and intercept systems to monitor key sub-regional IOR choke-points. These systems should then be integrated with IN MDA operations.

In a theatre as wide and undefined as the Indo-Pacific, clarity of priorities while developing operational strategies is critical. India is not a comprehensive regional power.

Further, the coronavirus pandemic has exacerbated its economic conditions, structural deficiencies, and material paucity. An ineffective prioritisation of India’s PIA could thus make the Indo-Pacific a security overreach for New Delhi in 2021.

The author is is Research Assistant with IPCS’ South East Asia Research Programme (SEARP). The article first appeared on the website of IPCS.