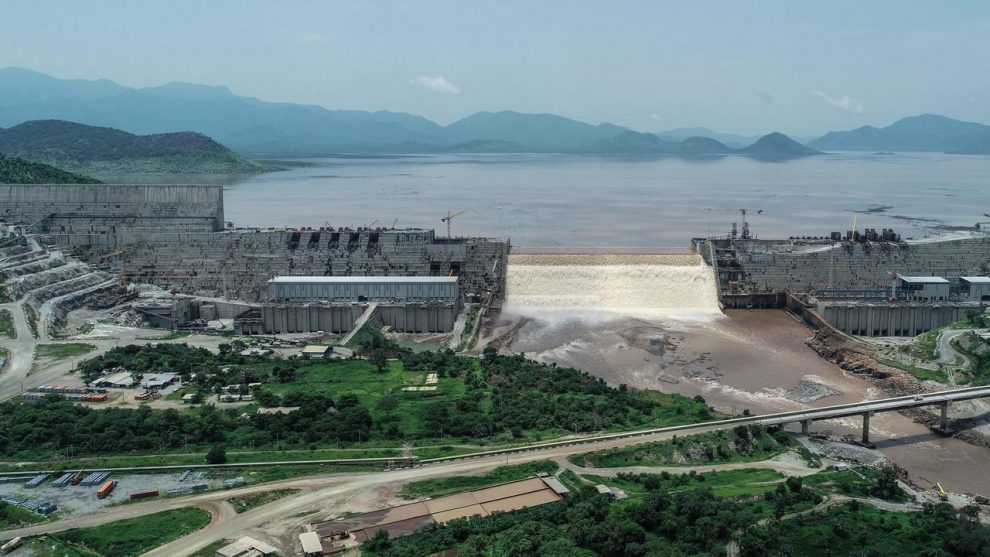 From the Somali region, I was due to travel to Tigray, a drought-hit state in Ethiopia’s far north. A day before my flight, travel into Tigray was suspended when the Ethiopian army launched a major assault on the state, accusing its leaders of plotting to break away from the country. There has since followed one of the worst humanitarian disasters in recent African history, with over a million people displaced and extensive reports of mass rape and massacres.

The bloody civil war has upended the stellar global reputation of Ethiopia’s 41-year-old prime minister Abiy Ahmed, who had earlier won the Nobel Peace Prize for ending a long-running standoff with Eritrea – and who, like few other world leaders, has put environmental issues at the heart of his national agenda. A year after taking power in 2018, he led Ethiopians in a world record-busting day of tree planting, in which the country claimed to have planted 350 million saplings in twelve hours. Within four years, Abiy wants that number to reach twenty billion.

It’s not just a public relations gimmick, energy and water minister Seleshi Bekele tells me at his office in Addis Ababa, Ethiopia’s heaving capital. The tree planting, he says, is a key part of the strategy for tackling climate change, to which deforestation has helped make this country exceptionally vulnerable. A hundred years ago, as much as 40 per cent of Ethiopia was covered in trees. But as the population surged in the second half of the twentieth century, communities across the country felled huge tracts of forest for farmland, firewood and building materials, with tacit support from the government of the time. By the turn of this century, 90 per cent of Ethiopia’s trees had been felled. The deforestation was a logical way for communities to boost their crop production in the short term, but it had painful consequences for long-term food security. Across the country, fertile topsoil was washed away from the denuded landscape in the rainy season – a factor behind the devastating famine in the mid-1980s, which prompted the Band Aid initiative by Bob Geldof ’s team of pop stars.

Now, global warming is adding to the danger. Across the Sahel, the arid belt of land that runs along the southern flank of the Sahara Desert and is already the world’s poorest region, climate change has been dragging down average rainfall, stoking fears of creeping desertification. In 2007, an international plan was hatched to tackle this problem: the Great Green Wall, a vast reforestation scheme that would stretch from northern Ethiopia to Senegal on the other side of the continent, passing through central African states like Chad and Niger. But more than a decade in, little progress has been made in most of the member states – another example of the difficulty in marshalling multilateral action that has been seen in so many other theatres of the response to climate change. ‘To be frank I don’t know who is overseeing this initiative,’ Seleshi tells me. ‘Papers are written, talks are given. But the Great Green Wall has no champion.’

So Ethiopia has decided to move forward under its own steam. The trees will replenish sickly ecosystems across the country, Seleshi says, softening the impacts of both droughts and floods. And as well as protecting its farmers, he adds, the twenty billion trees will also sequester large quantities of carbon dioxide, taking Ethiopia closer to its goal of having a carbon-neutral economy. One of the great conundrums of the global climate change response surrounds the question of poor countries’ development: the West got rich by trashing the environment, some argue, and is in no position to urge developing nations not to do the same. Ethiopia − one of the world’s fastest-growing economies in recent years − wants to prove that green development is a real option, Seleshi says.

His nation has a green asset that sets it apart from most of its peers: the torrential flow of the Blue Nile, which rushes from Lake Tana in Ethiopia’s north on a looping course towards Sudan and then Egypt. Ethiopia is already using the Nile to generate nine-tenths of its electricity from low-carbon hydroelectric plants. Admittedly, it’s still a meagre amount by global standards. Ethiopia’s total elec tricity capacity is 4.3 gigawatts – about 5 per cent of the figure for the UK, which has half its population. But that capacity is about to double thanks to a new dam taking shape near Ethiopia’s western border, one of the biggest in the world. The Grand Ethiopian Renaissance Dam, or GERD, is set to jumpstart a new era of national growth, according to the government – but it also risks pushing international tensions in this already unstable region to new levels.

As analysts ponder the possible political consequences of climate change, one of the most alarming fields of study is the prospect of conflicts emerging between nations competing for increasingly scarce water resources. From the mountains of Tibet alone, there flows a web of rivers crossing multiple borders, offering rich scope for future tension between China, India, Pakistan, Bangladesh, and much of Southeast Asia.

But while those disputes are cause for long-term concern, the one between Egypt and Ethiopia over the Nile’s waters has been reaching a new intensity. The two nations, which dwarf most of their neighbours, have had a simmering rivalry for centuries. One of the proudest chapters in Ethiopian history is the victory over Egypt in a three-year war in the 1870s, thwarting Egyptian ruler Isma’il Pasha’s scheme to extend his control over the entire length of the Blue Nile. Isma’il Pasha’s twenty-first-century successors in Cairo now have cause to regret his failure. With rising temperatures predicted to drive up its farmers’ water needs, Egypt’s government has grown alarmed about climate scientists’ forecasts of increasingly volatile rainfall in the region that feeds the Blue Nile. In the event of a severe drought, they worry, Ethiopia could hoard water to ensure the smooth running of the GERD, with disastrous consequences for Egyptian farmers a thousand miles downstream.

While Seleshi leads negotiations with his Egyptian counterparts, tensions have been rising. Shortly before my visit, Ethiopia’s government suffered a cyberattack from an Egyptian hacker cell called the Cyber Horus Group, who replaced more than a dozen official websites with a picture of a grinning skeleton in pharaonic headgear, clutching a scythe and a scimitar. ‘If the river’s level drops, let all the Pharaoh’s soldiers hurry and return only after the liberation of the Nile,’ read a text beneath the image. Nationalist media pundits in Cairo have been beating the drum for an all-out military assault.

Seleshi smiles stiffly when I mention concerns about the possibility of war. ‘They tried that in the 1870s,’ he says. ‘They lost.’ The Egyptian complaints, he insists, amount to little more than opportunistic posturing aimed at wrangling concessions from Ethiopia and confusing the international community. But they seem to have made an impression on Donald Trump, now in the dying days of his presidency, who makes an extraordinary intervention two days later. ‘Egypt is not going to be able to live that way,’ Trump tells media at the White House. ‘I say it loud and clear: they’ll blow up that dam. And they have to do something.’

The remarks spark astonished outrage in Addis Ababa. On a shady terrace at Addis’s Hilton Hotel, I hear a full-throated riposte from Zerihun Abebe Yigzaw, a diplomat who is one of Ethiopia’s most high-profile negotiators on the dam, and who identifies so closely with his country that he talks about it largely in the first person singular.

Foreign governments ‘might think that Ethiopia is a weak and poor country,’ Zerihun says, ‘that we’ll be easily subdued and bullied. They are wrong. Who the hell are they to approve the filling of my dam?’ In an age of increasing environmental dangers, the dam will be a launchpad for sustainable prosperity, he argues, protecting Ethiopia against a recurrence of disasters like the 1980s famine that colours the country’s international image to this day. ‘I don’t want to be a humanitarian case for Bob Geldof,’ Zerihun says. But as the impacts of climate change take hold, the challenges facing this country, and its already troubled region, look set to become still more formidable.

Excerpted with permission from Race for Tomorrow: Survival, Innovation and Profit on the Front Lines of the Climate Crisis, Simon Mundy, William Collins. Read more about the book here and buy it here.

In this forthright memoir, 1961 batch IAS officer and former Delhi LG Tejendra Khanna writes about his distinguished career as a civil servant
“Unstoppable”: This book takes readers on a journey with the best and the brightest young Indians who overcame obstacles to achieve extraordinary success
Comment