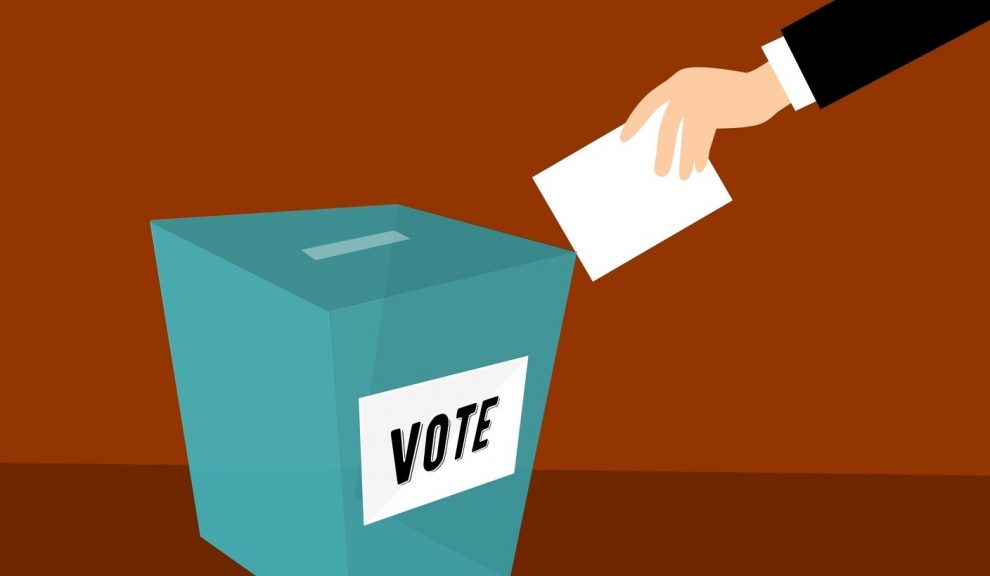 Though the recent elections have given the BJP a clear majority in the four States, it may not be over joyed as the party has a lower tally of seats in Uttar Pradesh and Uttarakhand. The victory can be attributed to hyper nationalism and cultural or religious chauvinism and that the voter doesn’t see a viable alternative.

Voting in elections are by an electorate which is largely uneducated to analyse a party’s performance and then make their decision about which party to vote. The lack of education and awareness among a major section of the population helped parties such as the BJP with a right wing sway to win elections though the country is facing a critical socio-economic situation. Thus, the express purpose of aligning majoritarian sentiment to the larger objectives of Hindutva was manifest in the recent elections. The assurances of political leaders are not examined and get swayed by religious clamouring.

In the eight years in power, the Modi government has made many promises but judged objectively, its record in office has been far from encouraging. It has seen a decline in growth rates and economic suffering of the lower segments of society. If the electorate had to capability of analysing the internal situation and the party’s performance during the years of the pandemic, BJP may not have got the verdict it got. The social and economic divide created by the party due to the widening disparity between the rich and the poor, the urban and rural areas, the formal and informal sectors etc. does need to be ascertained.

Also though the looming Ukraine war has been continuing, the Indian political class has not spoken out loudly enough condemning the violation of the sovereignty of a new democracy as Ukraine. Because India is heavily dependent on Russia for weapons and considered evacuating its nationals and students from Ukraine, it chose not to condemn this war started by Moscow, which goes against the principles of democratic functioning and non-alignment.

Most of the electorate are possibly ignorant that the idea of democracy, for which India boasts, has suffered a serious setback and has resulted in the country facing a serious global isolation. It is so because the country has lost a sense of its exact place in the community of nations which practically is no longer considered to be the most populous and viable democracy.

Delving into the case of Uttar Pradesh, which is a relatively a backward State, it can easily be discerned that the education and awareness levels are very poor. Apart from poor education infrastructure, health facilities are also much below the national average. If the western part adjoining Delhi is not considered, most of the districts can be considered backward. Experts point out that the governance of the regime has not been encouraging and development has suffered in the State immensely, at least during the last five years. But the electorate doesn’t necessarily see it that.

The militant Hindutva politics was highlighted time and again by Modi and Yogi. As is result, the minorities of the State were heckled in many ways while most immigrants who had to return home in trying circumstances during the pandemic. Most of these immigrants have not been able to return to their place of work even now. All this has resulted in unemployment and underemployment levels being quite high as the Yogi government has not made forceful effort to attract industries.

While Samajwadi Party performed extremely well it failed to capitalise on BJP’s incumbency and had to bow to the aggressive Hindutva policies of the latter. It needs to be pointed out that Akhilesh started his campaign a little too late while Modi’s strong image overpowered his campaign. The focus on law and order served the purpose of Hindu consolidation. Most analysts would attribute the U.P. win to majoritarian politics, which trumped real concerns of wage, incomes and inflation. However, SP‘s overall performance has been the best ever in many parts of the State though these remain its traditional vote bank.

So effective were the policies adopted in U.P. that even in the western Jat belt, the BJP won all eight Assembly seats in Lakhimpur Kheri, where farm protesters were allegedly driven over and killed by the party’s local toughs. The sufferings of small farmers and toiling masses and steady economic decline were overlooked though a small section of poor among marginal communities and lower castes may have got some crumbs of loaf.

Insofar as Punjab is concerned, though the AAP took full advantage of the inner party problem of the Congress, its spectacular two-thirds majority is a pointer to the fact that it believed the party would look into the basic issues of education and health improvement and try to solve the unemployment problem. Moreover, the AAP is well known as a party of professionals and would provide a corruption–free administration and follow the welfare model for change.

The decline of the Congress is indeed a matter of serious concern and a section of political scientists believe that without a binding force at the Centre, regional parties such as the AAP, DMK, YSRC, TRS and TMC may find it difficult to forge a common platform to dislodge the BJP. It is indeed distressing that the Congress has not been able to transform the party into an effective organisation, more so because the Gandhis have little understanding of the ground reality being surrounded by sycophants.

Not just in Punjab, but the pathetic showing of the Congress in Manipur, Uttarakhand and Goa as well as Punjab is a clear pointer the ineffective policies and functioning of the Congress. There can be no denying that the Gandhis of the Congress should divest responsibilities and come up with a mix of senior leaders – some of whom are being labelled dissenters – and young generation workers, all of whom have an effective base.. Added to this, the Congress unlike the BJP has to follow a decentralised method of functioning to be able to make an impression in the next elections.

Finally, it can easily be discerned that as long as education levels are nor developed the real issues will not come to the forefront. Caste, class and religion will be the pivotal issues before a half educated impoverished mass. It also needs to be mentioned that political parties must ensure good governance for better and effective development and not try to win people by freebies or by invoking religious and caste sentiments. All eyes are now focussed on whether U.P.’s model would change as well as the model AAP would follow as it tries to emerge as an all India alternative to the BJP and communal forces.—INFA