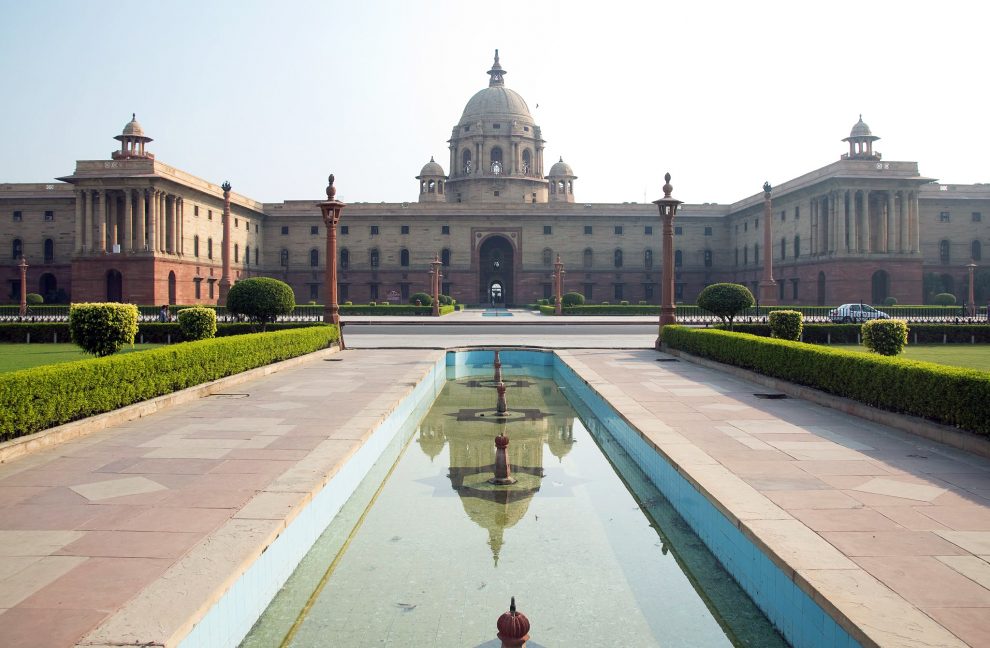 The sudden rush in the diplomatic traffic to Delhi is not hard to explain. Deeply worried by the ongoing war in Ukraine, the foreign diplomats were rushing to Delhi atleast for two reasons. One, they are perhaps hoping that India can help halt the war and broker a peace agreement between Russian and Ukraine, by implication the West. Second, they may be wanting to get India to change its position on the war and get her on their side. The second possibility was expressed by Deputy NSA of Germany Jens Plotner, “we will surely come to the common conclusion that (this war) can’t go unchecked.” He was hopeful of nudging India into the Western block despite India Germany having divergent approaches.

India is seen to be in a vantage position vis-à-vis both Russia and the West. New Delhi continues to do business with Russia mainly in arms and oil. In the face of US sanctions on countries trading with Russia, New Delhi is going ahead with the purchase of S-400 missiles and the oil at a discounted rate. The Indian Finance Minister has confirmed that India has already received oil for three to four days consumption in the country. At the same time. India is in the security cordon created by the United States, vis-à-vis China, namely the QUAD, comprising India, Japan, Australia and the US.    New Delhi also has expanded trade and economic activities with US and its allies. Therefore, New Delhi’s proximity with Russia and USA perhaps makes the world think that India could be the bridge between the two blocks.

At the same time, Indian partners in the QUAD and bilaterally are very wary of India diverging on a serious aberration of international norms in Ukraine. This reflects poorly on their relationship with India; hence, they would like to sort this gap out by diplomatic parleys with India. Remember the strong words used by the Japanese Prime Minister in New Delhi as he called out Russia’s invasion of Ukraine. He said, ‘Moscow’s action had shaken the foundation of the international order’. The US Deputy NSA, the other QUAD partner was more direct with India. He said, India’s continued trade will have impact on India-US relations. In Particular, there will be consequences for countries, including India, which attempt to circumvent or backfill America’s sanction against Russia. Both USA and Australia have been critical of India’s attempted rupee-rubble trading.

On a closer scrutiny of India’s position on Ukraine, one could fairly confidently infer that India’s position so far has been fraught with risks unless New Delhi takes a proactive role in bringing about a cease-fire between Russia and Ukraine. Days ago, New Delhi has abstained from voting on a Russia-led resolution that sought to lay the blame of deaths and destruction, and gross human rights violation at the door of Ukraine. So, if New Delhi had taken a neutral position in order to contribute its diplomatic heft in finding a solution, then it is a prudent position.

I have maintained and as other observers contend that the road to peace in Ukraine goes through Delhi. The war in Ukraine is, ironically, a historic opportunity beckoning Prime Minister Modi to play a world role. If Modi failed to do so, the position he has taken so far in the name of strategic autonomy, a euphemism for non-alignment will back fire on India and may haunt in future. Because one can hardly be neutral when a sovereign and independent country has been violated by blatant armed aggression, notwithstanding the provocations for such an unlawful action. We hope as many countries do, New Delhi will rise to the occasion. That is the best way the New Delhi can go on, in responding to the hope, goodwill as well as the anxiety of the foreign visitors in question.

Well, how could India perform this role? On what premise or framework? The UN charter, in article 33 recognises the promise of international mediation for peaceful resolutions of international disputes. Such mediation has been used for years in the past to facilitate reconciliations and agreements. The best example is the Jimmy Carter-mediated peace between Egypt and Israel known as the Camp David Accords (1978).

In the present case, both Russia and Ukraine and its Western backers will agree to mediation as the war seems to go on and on. This is causing inflation of prices and dilution of America’s international image. Russia has also been hit by the sanctions imposed by the European Union and G-7 countries. Moscow will therefore want an end to the war. The Russian Foreign Minister Sergei hinted at India’s peace brokering role, he said, no one will mind if India were to mediate in the ongoing conflict.

I have suggested in the past that India should propose international neutrality of Ukraine, like Austria and Switzerland have been. This would allay the Russian fear of losing Ukraine to Western influence.  Similarly, the West will reconcile to keeping Ukraine beyond NATO and not raise the heckles of Russians. Ukraine can work as a buffer between Russia and the West. Besides, India would have managed to decouple Russia from China. Their moving closer, as they have singed a no limits partnership recently is ominous for India.

All in all, there is scope for India to play the world role. How one wished that Modi has this strategic thinking deep in his mind! He has the confidence of both USA and Russia. So New Delhi fits the bill for the mediator. In creating the process conducive to a cease-fire, Modi should define his own mediation techniques, have a working definition of mediation and proceed. Basically, mediation is a process of two more contending parties to find a solution without using force. India should also put forth a proposal to comply with the status quo as it existed before the war. Modi has perhaps ticked all the boxes in his position and scope of leadership. It  is the time to show some mettle so that countries and companies contemplating to come to India are not put off.