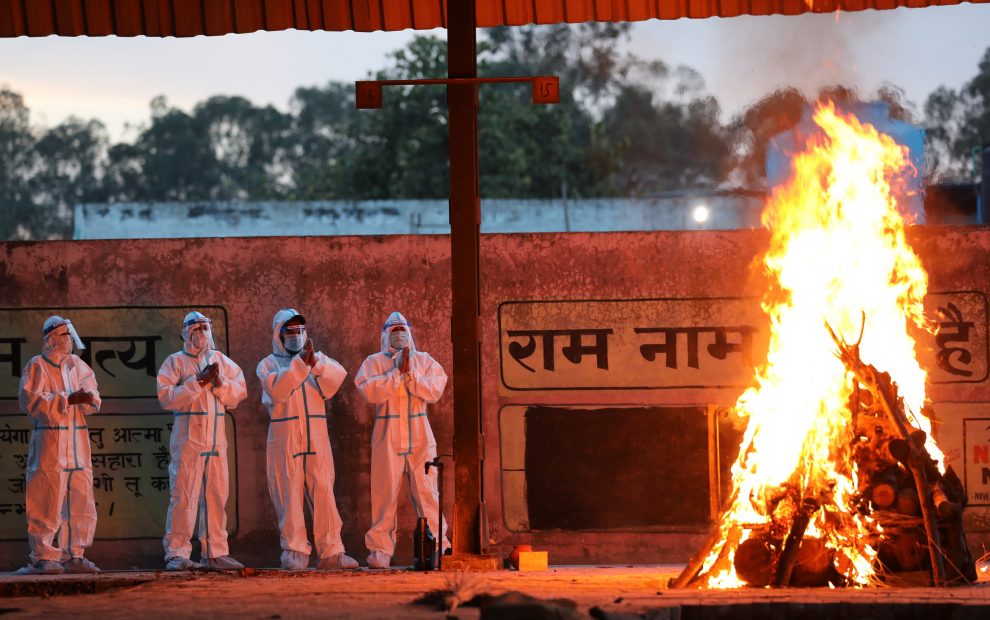 The Dispatch Staff
Add Comment
As per the reports, majority of attendants and family members of the COVID victims held the senior doctors responsible for the surging number of fatalities.

Jammu: In the second of COVID-19, the Jammu region has been witnessing significant rise in fatalities as the toll breached 1000 mark recently.

He added that, total number of active cases in Jammu was 1463 and there were 25 fatalities while number of cases in Kashmir stood at 3187 and the deaths were 12, as per the official data released by the Health Department on Tuesday.

On Monday, there were 35 COVID deaths and 1294 cases in Jammu while the numbers for Kashmir were 16 fatalities and 2439 cases.

As per the reports, majority of attendants and family members of the COVID victims held the senior doctors responsible for the surging number of fatalities.

Besides, delay in seeking medical advice by some of the patients is also contributing to deaths with many Corona positive patients being brought dead to the Government hospitals.

“The patients are being examined only by the Post Graduate students and Nurses. The doctors have given them prescribed treatment which is being given to all patients in the COVID Wards irrespective of their other ailments,” they said.

Even requisite tests like CT Scan are not being done on many patients during the treatment, they said. Attendants were, however, all praise for the young PG students and para-medical staff who are giving their best in the COVID Wards but in the absence of examination of the patients by the senior doctors, some of the patients have died.

“Be it the GMC Jammu, CD Hospital or MCH Gandhi Nagar, the senior doctors are not bothering about the COVID patients. They just come to the hospitals, confine them to their rooms and then leave in the afternoon. Their only task is to attend the meetings. None bother to examine the patients,” some of the staff members, who are working hard in the hospitals, confirmed on the condition of anonymity.

A number of patients have died in the absence of Ventilators also, the family members of the deceased said, adding none bothers to listen to them.

GMC Jammu Principal Dr Shashi Sudhan Sharma, however, said that proper roster has been prepared for examination of COVID patients by the senior doctors from three Departments including Anesthesia, Chest Diseases and Medicines and they are examining the patients as per their roster.

“As doctors attend the patients in PPE Kits may be their attendants are not able to see whether the doctor checking the patient is senior or junior,” Dr Sharma said, adding many patients are being brought to hospitals by their family members when their lungs are completely involved due to COVID Pneumonia. Many others, she said, are being brought dead to the GMC Jammu and other Associated hospitals.

“The doctors are doing their best,” Dr Sharma maintained.

On May 2, the number of deaths in Jammu was 28 as against 1150 cases while casualties in Kashmir the same day stood at 13 and cases 2421. On May 1, 30 Corona deaths took place in Jammu and 1231 cases were reported while the figures for Kashmir were 17 casualties and 2601 cases.

Some of the doctors said that number of health institutions, doctors and para-medical staff as well as infrastructure was more in Kashmir division than Jammu, a result of which, the COVID positive patients were getting better facilities and medicare in the Valley than Jammu.