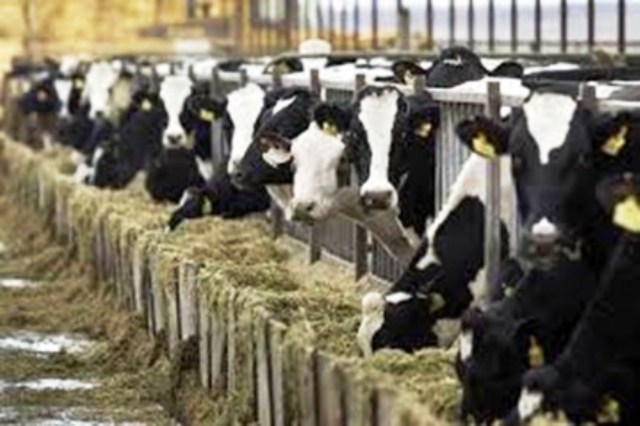 The Dispatch Staff
Add Comment
In addition, over 5000 Dairy Units have already been sanctioned by the department which shall facilitate a cumulative induction of around 30 thousand Dairy animals with superior germplasm into the UT from outside states in a short span of time.

JAMMU: Dairy sector in India has grown substantially over the years. As a result India ranks first among all the milk producing nations, achieving an annual output of around 198 million ton during the year ending 2020.

Keeping pace with this, the present Jammu and Kashmir govt. is taking a series of measures for the  development of the dairy sector thus paving way for a new ‘White Revolution’ in the Union Territory.

In order to augment the milk production and to uplift the economic conditions of the farmers, department of Animal Husbandry Jammu is facilitating intensive induction of high yielding milch Cows and Buffaloes from the neighbouring states under the  flagship Integrated Dairy Development Program, under which beneficiaries get financial-assistance to procure cattle heads.

Apart from increase in the milk production, such initiatives also encourage the farmers to take up dairy farming on modern and commercial lines by involving only superior quality milch animals.

According to the Director Animal Husbandry Jammu, Dr. Sagar D. Doifode, ”The department of Animal Husbandry Jammu among the developmental programmes, is laying special thrust on the Dairy development as this sector has a key role in providing year-round employment and income generating opportunities particularly for women and marginal farmers or farmers with lesser land holdings. Therefore any intervention in dairying will directly contribute towards not only poverty alleviation but shall bring in rural prosperity too”.

In the past 4 months alone, the department of Animal Husbandry Jammu has physically established more than one thousand dairy units comprising elite cows and buffaloes in the Jammu province.

In addition, over 5000 Dairy Units have already been sanctioned by the department which shall facilitate a cumulative induction of around 30 thousand Dairy animals with superior germplasm into the UT from outside states in a short span of time.

This shall also go a long way in local Cattle/Buffalo breed improvement thus providing an enabling environment to the entire dairy sector to flourish.

The renewed focus by the department of Animal Husbandry Jammu shall lead to the increase in the average milk production to the tune of around 3 lakh litres per day in the Jammu province. This growth trend clearly demonstrates the efforts of the Animal Husbandry Department Jammu in the dairy sector by large scale induction of crossbred and other superior dairy animals through departmental schemes, in a mission mode.