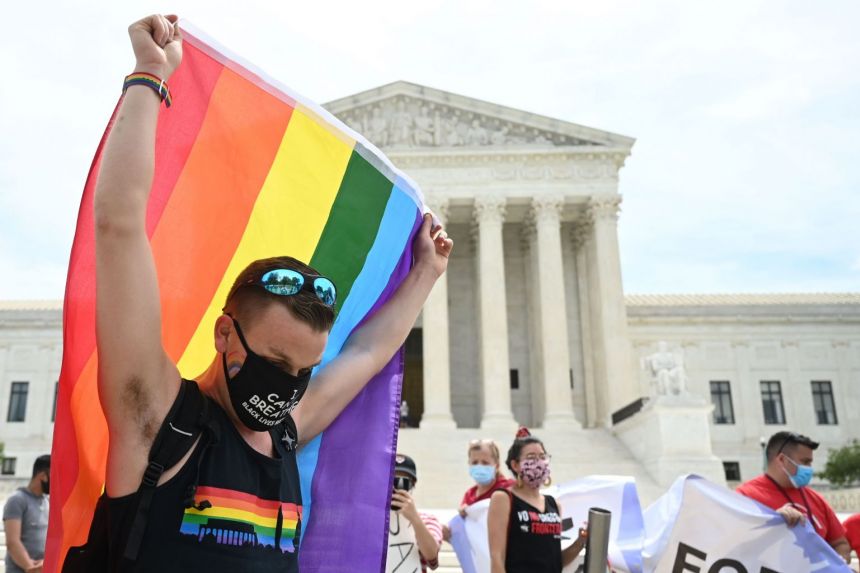 People can now select gender-neutral pronouns when contacting the U.S. government, as President Joe Biden signed a raft of executive actions on his first day in office, including an order tackling discrimination against LGBT+ people.

People who identify as non-binary – neither male nor female – can now select the gender-neutral title “Mx” on the White House website’s contact page, which also added a drop-down list of personal pronouns, including “they/them”.

The website update marks a departure from Donald Trump’s administration, which banned transgender people from enlisting in the military and issued orders emphasising the importance of “biological sex” rather than gender identity.

“On Day One, the Biden administration has taken immediate steps to include trans, non-binary, and gender nonconforming people in the conversation,” Sarah Kate Ellis, head of U.S. LGBT+ advocacy group GLAAD, said in an emailed statement.

“Research has shown that recognition and respect of our pronouns can make all the difference for our health and wellbeing – especially when it comes to LGBTQ youth.”

A survey of more than 40,000 LGBT+ 13- to 24-year-olds by youth advocacy group The Trevor Project, found 28% of those who said no one used their chosen pronouns had attempted suicide in the previous year, versus 12% of those who said most people did.

On Wednesday, Biden also signed an executive order that said federal agencies must not discriminate on grounds of sexual orientation or gender identity when implementing existing federal laws that bar discrimination on the basis of sex.

That will apply in areas including “education, housing, credit and healthcare”, Graciela Gonzalez, a spokeswoman for LGBT+ legal advocacy group Lambda Legal, said by email.

“Children should be able to learn without worrying about whether they will be denied access to the restroom, the locker room, or school sports,” Biden’s order said.

“Adults should be able to earn a living and pursue a vocation knowing that they will not be fired, demoted, or mistreated because of whom they go home to or because how they dress does not conform to sex-based stereotypes.”

Biden published a lengthy list of LGBT+ pledges during the presidential campaign and said he wanted to sign the Equality Act, which would explicitly outlaw discrimination against LGBT+ people – during his first 100 days in office.

Biden also revoked a Trump order that had banned federal diversity training to combat racist, sexist and homophobic bias, as part of his “order on advancing racial equity and support for underserved communities through the federal government”.