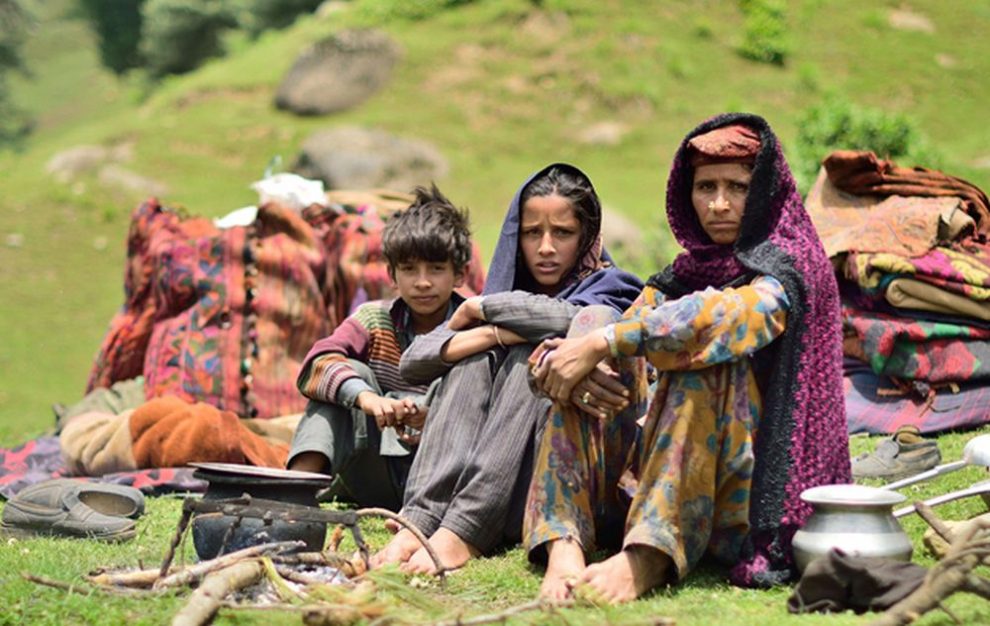 Editor’s Note: The following excerpt describes the author Suhas Munshi’s journey with a group of Bakarwal nomadic shepherds as they make their way from Srinagar to Jammu over the mighty Pir Panjal mountains.

On the day we were supposed to meet, the Bakarwal called up. His family had changed their mind. They were leaving without me. I had been planning this journey with him for the past three months. And it was already mid-September, the peak season for the migration of Bakarwal nomadic shepherds from Kashmir to Jammu. To make things absolutely clear, he switched off his phone. But this was no time to panic. I needed to find another Bakarwal host as soon as possible. I roped in a couple of friends.

We came across some families in Chattergul in Anantnag. The three of us confidently approached a family that was camping in a lush green meadow. We asked how they felt about accommodating an extra traveller. Without any formalities, we were told to push off.

We then approached the headman of another Bakarwal family. We were destined to meet, my friends and I argued tactfully, for what else could bring us, creatures of two different worlds, together in this unlikely place? The old Bakarwal, who sported a long white beard, had a weather-beaten face and a Buddha-like calmness about him. He asked us to sit down. There we stayed for nearly half an hour, staring at him as he tended to his sheep and told us about his life. In the end, he decided it was better that we returned the following year.

Trying not to lose heart, we made our way towards another Bakarwal family that had pitched tent lower down the hill. We were offered tea and some favourable news. The family chief told us he was planning on resuming their journey in the next couple of days. He had no problem taking me along. ‘So, should we get his stuff?’ my friends asked in the manner of sealing the deal. ‘Oh,’ he said, as if he’d suddenly remembered something, ‘Give me a minute.’ Five minutes later, he said his family would actually stay where they were for another ten days. It was a polite refusal.

With no other Bakarwal left to chase, we started heading back towards our car. On the way, we met a shepherd who told us about a group of Bakarwals who were resting on top of a hill in Ganderbal. They had left Gurez a week ago, he said. They could start off on their journey at any moment. We reached the spot slightly after 2 p.m.

It was a hill overlooking Srinagar. A female voice from inside a tent directed us to where the senior Bakarwal men were sitting together, soaking in the sun. We introduced ourselves. My friend opened the conversation with a moving—and not entirely dishonest—monologue on the miseries afflicting Bakarwals. ‘Sahi baat [Rightly said],’ said one of the men. With this little encouragement, my friend then launched into a full-blown sermon on the unjust social realities that had arrested the progress of this nomadic tribe. He rounded off his speech with a warning— unless someone were to travel with them, live as they did, eat what they ate and write about it all, the state and its people would never realize their plight. ‘Sahi baat,’ said the same man again.

‘When do you leave?’ my friend asked the Bakarwal.

‘Great. So we’ll get his stuff then?’

‘Run for it before he changes his mind,’ one of my friends whispered to the other.

Within ten minutes, I was standing outside the Bakarwal tent alone with my bags. Before allowing me in, the man, who introduced himself as Mohammed Nazeer, put forth a condition: if I were to fall ill or injure myself, I would be on my own. Neither he nor his family would waste their time on me. I agreed, and just like that became a part of his caravan.

I walked over to the tent not knowing what I should do. Could I read? Would it be appropriate to start taking notes? Should I perhaps observe them for some time? Help them with their chores? To seem occupied, I began unpacking and packing things while getting a better look at the tent that was going to be my home for the next few days. It was about 10 feet by 7 feet in size. At the back of it was a heap of blankets. On my left some chopped wood and to the right some basic utensils—a couple of unwashed plastic cups, a pot, some plates. This was the home of Nazeer’s younger brother, Riyaz, his wife, Raziya Begum, and their three children. I would be making my bed here along with them, in the little space that was left by the firewood. Seven such tents were pitched close to each other on that hill.

At about 3.30 pm, a woman began to cook chapattis at the entrance of the tent. On a small wrought iron frame—two conjoined circles supported by four legs—she was making what in Kashmir is called sheer chai or noon chai, a pink, salty tea. I was offered a chapatti with a cup of tea.

I had brought along with me a copy of Rebecca West’s Black Lamb and Grey Falcon. I sat down with it. A few pages in, a child who had been observing me came closer. He asked what I was reading. Curtly, I told him that it was a book.

This was a complicated question. The book is West’s first-person travel account to Yugoslavia published in 1941, around the time of its invasion by the Nazis. It’s about the thrill of coming across the terrifying desolation of Kosovo, the scattered lights of Sarajevo, the sculpted beauty of Macedonia. As well as about the conflicting histories of the Balkans, the rise of fascism, and the premonition of the Second World War. But how could I, to begin with, explain to this boy the idea of a nation? Or, what was even worse, a former nation?

‘It’s about a country,’ I said, using the Urdu word ‘mulk’ while outlining an imaginary big ball to suggest vastness.

‘Yugo,’ he half repeated, taking the book from my hands. A youth entered the tent at that moment to introduce himself. ‘Tu bohot gora chitta hai. Aise to log tujhe alag se pehchaan jaayenge. Magar tu chinta mat kar. Do-teen din mein hum tujhe pura Bakarwal bana denge [You’re very spic and span. Anyone will be able to tell you apart. But don’t worry, within a couple of days we’ll turn you into one of us].’ Around dusk, when it got too dark to read, I stepped out of the tent. From a nearby hill, shepherds were descending with hundreds of goats and sheep. All I could see were their silhouettes. They didn’t seem to be in any hurry. Cups of tea and chapattis were taken to the men as the shepherds counted their flock. Nothing was amiss. Half an hour later, we all had dinner. Nazeer came to the tent with a torch that he held to my face. He had come to check on me. Everything was in order, I said, wincing back from the blinding torchlight. I could sense some movement behind him. More people had followed him into the tent.

Excerpted with permission from This World Below Zero Fahrenheit: Travels in the Kashmir Valley, Suhas Munshi, Penguin India. Read more about the book here and buy it here.