In July 1947, Nehru proceeded to seriously alarm Mountbatten by insisting that he would travel to Kashmir to see his friend, Sheikh Abdullah, then behind bars. With independence merely weeks away, the Viceroy refused to allow India’s future Prime Minister to do anything so headstrong, offering to go himself, since he and the Maharaja were good friends. What happened when the Viceroy went up to Srinagar has a number of versions, depending on who is telling the story. According to VP, Mountbatten spent the better part of his stay fishing—literally and metaphorically. “He assured the Maharaja that so long as he made up his mind to accede to one Dominion or the other, before 15 August, no trouble would ensue, for whichever Dominion he acceded to would take the State firmly under its protection,” VP recorded. “He went so far as to tell the Maharaja that if he acceded to Pakistan, India would not take it amiss, and that he had a firm assurance on this from Sardar Patel himself.”

What Mountbatten actually said has never been made fully clear, but before the Viceroy departed from Delhi, he was the recipient of two letters. One was a confused and rambling note from Krishna Menon, who insisted that Jammu and Kashmir had to be part of Indian territory. The gist of his screed appeared to be that British policy was now shifting focus to Pakistan, which (via the accession of Kashmir) could be developed as an eastern frontier of a British sphere of influence in the Middle East.

The second letter—which is not mentioned by VP, but which most certainly was received by the Viceroy—was a long and elaborate note by Nehru. The note made a strong case for Sheikh Abdullah’s popularity in Kashmir and Prime Minister Kak’s corruption, which had over the months, isolated and terrified the Maharaja. Kashmir, wrote Nehru was, “of the first importance to India as a whole, not only because of the past year’s occurrences there, which have drawn attention to it, but also because of the great strategic importance of that frontier state.” Just what Mountbatten felt on the issue, nobody will ever know, given the former Viceroy’s gift of the garble. He would later say that his sole motive in Kashmir had always been to persuade Hari Singh that it was his choice that would determine the future of Kashmir.

Mountbatten’s tactics included urging the Maharaja to refrain from making a decision until the situation was a little clearer, and to err on the side of caution and sign Standstill Agreements with both India and Pakistan.

“Everyday I never let-up on him,” Mountbatten recalled. “I pumped him full of information and pressed him to accede to either side. I told him that Sardar Patel had personally told me that I might assure him that if he felt the need to accede to Pakistan and if the will of the people was to go to Pakistan, India would not object nor would she see it as an unfriendly act. To this, Hari Singh replied, ‘I would never accede to Pakistan. This would destroy my State. They are attempting to set up a theocratic state and here, we have a happy government and if we acceded to them, this would be completely upset.’ … He said, ‘Even if I release Sheikh Abdullah, he may want to overthrow me, but he would not want to go to Pakistan’. I said, ‘Well, anyhow, I want you to understand that you can go to Pakistan, and there will be no trouble. But on the other hand, if you decide to accede to India, I will arrange to send up a garrison of Indian troops to ensure that there aren’t any border incidents.’” Whatever the means and the end, Hari Singh remained deeply uncertain of his moves. “Indecisive by nature, he merely played for time,” remarked his son.
Mountbatten would discover this to his regret when, after a fruitless trip, Hari Singh cancelled his last meeting, saying that he was stricken by a stomach ailment. “That was a diplomatic illness, there’s no doubt about that,” the Viceroy would recall. “It arose purely out of indecision.” Captain Dewan Singh, the Maharaja’s aide-de-camp (ADC), would confirm it years after Hari Singh’s death, “The Maharaja simply did not want to meet him (Mountbatten) again.” The Viceroy returned to Delhi, disgusted and more than a little frustrated with what Alan Campbell-Johnson rather aptly termed “the paralysis of princely uncertainty.” Nehru was disgusted himself, though for different reasons. He felt that Mountbatten could have done better and told him so in a brutally frank letter in which he expressed his clear disappointment with the results of the Viceroy’s interview with the Maharaja.
Shortly after the transfer of power, Mountbatten tried again. “Pug (Ismay) wanted to go away on holiday somewhere. I told him, ‘I wish to God you’d go up to Kashmir and tell him (Hari Singh) that it’s still not too late!’” Ismay went to Kashmir but he returned as annoyed as Mountbatten had been. “Each time I tried to broach the question, the Maharaja changed the subject. Did I remember our polo match at Cheltenham in 1935? He had a colt which he thought would win the Indian Derby! Whenever I tried to talk serious business, he abruptly left me for one of his other guests,” Ismay remembered.

Hari Singh’s wavering had driven Nehru nearly wild with frustration, and by proxy, Sardar Patel was equally irritated. “I wish to assure you that the interests of Kashmir lie in joining the Indian Union without delay,” he wrote curtly to Hari Singh. “Its past history and tradition demand it, and all India looks up to you and expects you to take this decision.”

Patel was all the more brusque because it was getting more and more difficult to curb the Indian Prime Minister, who was insisting at regular intervals—with increasingly alarming obstinacy—that he wanted to go to Kashmir and take matters into his own hands. Not even Edwina Mountbatten’s coaxing—which usually worked wonders—could calm Nehru down. As India approached independence, Mountbatten lived in dread of Nehru simply disappearing to Kashmir when the whim was strong enough. The situation was volatile as it was. Nehru’s unwise and sustained campaign against Kak had gained him a bitter and powerful enemy.
Nehru himself was currently far from emotionally stable, often breaking down and weeping in front of Patel, sobbing that Kashmir “meant more to him at the time than anything else.” At this point, Mountbatten wrote a secret and rather desperate letter to Colonel Wilfred Webb, the British Resident in Kashmir, “Nehru is under very great strain and I consider that a visit by him to Kashmir at this moment could only produce a most explosive situation.”


Mountbatten felt—and the sentiment was shared by Patel and VP—that the best person to go to Kashmir at this critical juncture was Mahatma Gandhi. The drama was resolved only by Sardar Patel, who told Mountbatten bluntly, “It is a choice between two evils. I consider that Gandhiji’s visit would be the lesser evil.” Gandhi’s visit on 1 August 1947 was the seal on a long flow of visitors—princely and political—to Srinagar that summer.

In addition to Mountbatten, Ismay and Gandhi, the rulers of Patiala, Faridkot and Kapurthala had all travelled to Srinagar in recent days. Nobody—at least not in Pakistan—was under any illusions about the purpose of their visits. Shahid Hamid, private secretary to Claude Auchinleck wrote, “Before his departure from Delhi, the ‘Apostle of Truth’ announced that his tour was absolutely non-political. In reality, it was to pressurise the Maharaja to accede to India and to remove Kak.” Whatever the motive, there was unanimous relief when Nehru finally agreed that he was required more in the capital rather than in the hills of Kashmir when India became free.

“It was, however, touch and go,” Edwina wrote to Krishna Menon, “At one moment, we foresaw that on 15th August, we should find ourselves without our Prime Minister!” 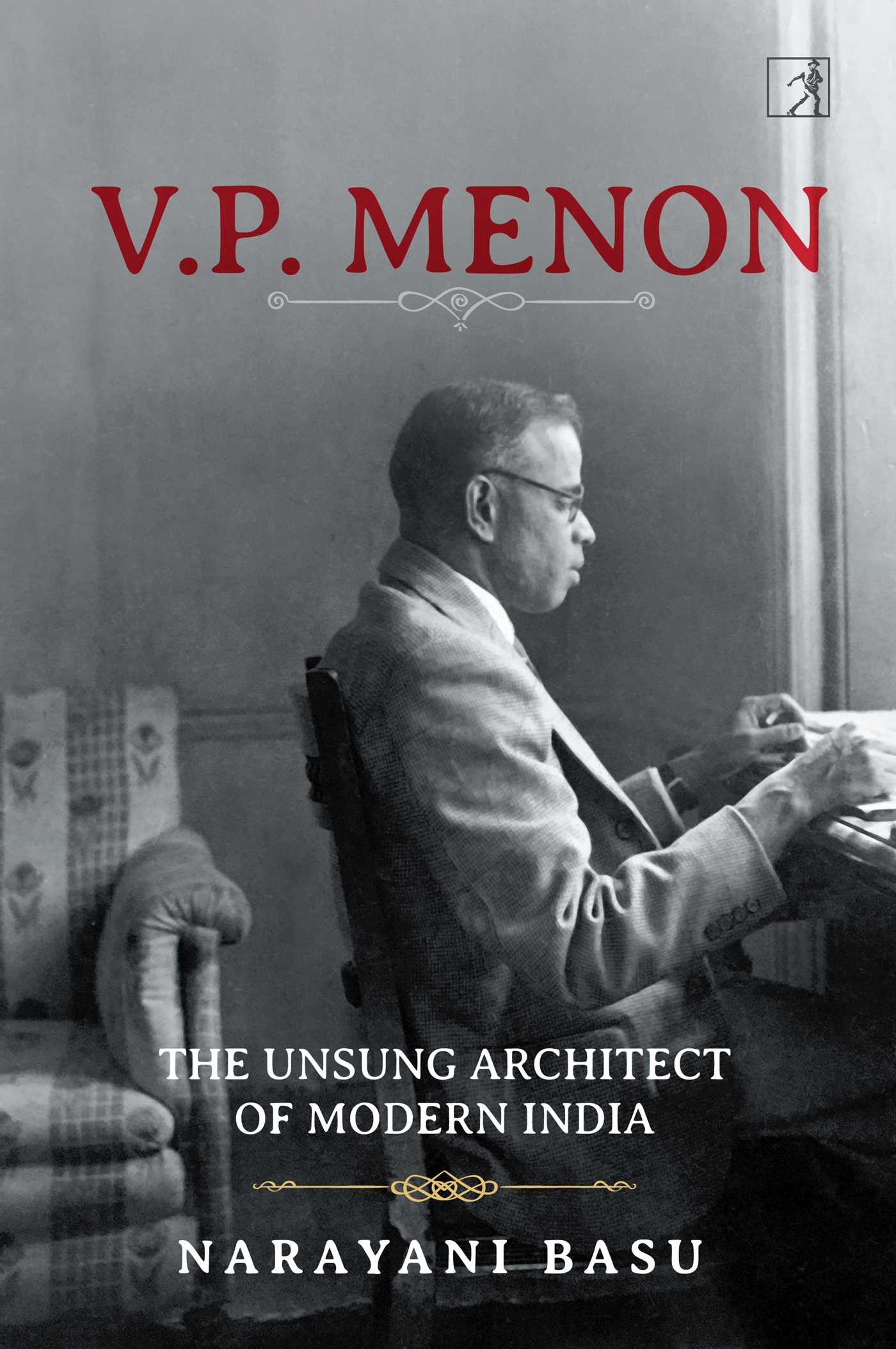 Book Review: "The God Child" is the story of a young, restless woman caught between two worlds
"The Barabanki Narcos" is the true account behind the largest-ever opium bust in history, narrated by the man who led the action at the centre of it all