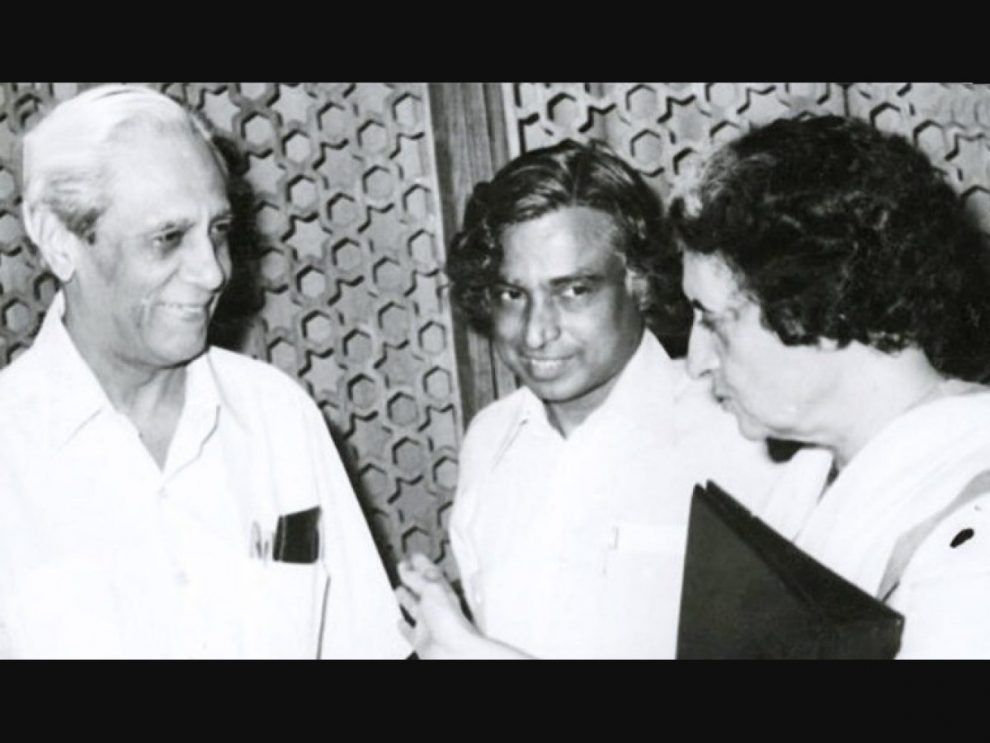 Dr Abdul Kalam , India’s former President, was second in command to Professor Satish Dhawan on a secret mission to launch an Indian satellite in to outer space. By all accounts, Professor Dhawan was a fine man who trusted his colleagues and subordinates and brought out the best in them. In this case, therefore, Professor Dhawan left much of the nittygritty functional duties of the project to Dr Kalam.

The project was interdisciplinary in nature and understandably difficult. Dr Kalam had been trained as an aeronautical engineer but had to lead a team of highly talented physicists and world-class scientists and engineers from diverse fields. The mission of the entire team was to put an Indian satellite into the earth’s orbit—one of the first projects of its kind in India. The project moved according to plan right from inception till countdown and could in fact have been regarded as a classic case of sound project management. Dr Kalam led his team well. He supported his team leaders ably and was much loved and admired by the men and women working on the project. Understandably, the project moved forward with clockwork precision.

On D-Day, halfway through countdown, the main control computer bleeped a red alarm. Dr Kalam checked with the team leaders. Everyone gave a big ‘yes’ and the launch went ahead. The rocket shot up ramrod straight into the deep azure sky. And then, midway, it shuddered, tilted and then nosedived into the Bay of Bengal. The mission was doomed within minutes of the rocket being launched.

One of India’s most prestigious early scientific projects thus fizzled out, gobbling up years of effort, energy, man-hours and money. The shocking spectacle sent many of the team members into tears.

The very next day, a calm, collected Professor Dhawan received Dr Kalam in his room. Kalam explained what had happened.

‘Don’t worry,’ Professor Dhawan said, ‘I’ll try and explain it to the press.’

But the media was unforgiving. They butchered the team and leadership of the organization, accusing it, in Kalam’s own words, ‘of dumping thousands of crores of rupees into the Bay of Bengal.’

Within a week, Professor Dhawan got a categorial ‘yes’ from the government’s top brass. The central leadership was clear in its instruction: Relaunch! Thus, the team started all over again. This time, there was no glitch. The rocket took off and stayed on course through its trajectory till the last stage, delivered the payload into the orbit and then jettisoned itself into outer space.

The people who had helped with the project had gathered at the rocket station. They all heaved a huge sigh of relief. Simultaneously, they greeted the launch with wild cheering and applause. They had at last succeeded in redeeming their lost pride and reputation.

The next day, when it came to meeting the press again, Professor Dhawan said, ‘Kalam, the press is waiting. You know the facts much better than I do. Please talk to them.’

Dr Kalam didn’t miss the grandeur of this man’s character. When the mission was doomed, Dhawan himself had faced the fire, defending his team. When they triumphed, he stepped back and sent his team out to receive the laurels. Professor Dhawan’s behaviour was so contrary to normal human conduct; a person likes to take credit for success and disown any association with failure.

Professor Dhawan could have taken the road more travelled on both occasions: on the first occasion, he could easily have deflected the blame from himself and asked his friend, Kalam, to take the press conference. On the second occasion, when the mission succeeded, he would have been well within his rights as the head of the organization to address the press conference. On both occasions he chose the tougher, riskier path.

Dr Kalam was so deeply affected by this incident that he would often narrate it to public audiences throughout his life— many times even after he became President of India.

Professor Dhawan had life-long admirers in Kalam and his team. Yet, this admiration was not without a cost. He faced a barrage of criticism when the organization failed to deliver. He squarely took the rap for having wasted billions of rupees of public money. Even when the failure was collective, he personally shouldered the blame. Dr Kalam and his team could not forget that. And yet, when the mission succeeded, he did not hesitate to let Dr Kalam address the press conference alone.

Professor Satish Dhawan was a man of true humility. Occasionally, we come across successful people like him in different walks of life—scientists, engineers, doctors, professors, captains of industry, statesmen, writers, artists, etc.—and then we tell ourselves, ‘God, what humility!’

It seems as if such people are following a law of nature.

A fruit-laden tree, after all, has a natural tendency to bend with the weight of its fruit. One of the reasons for this phenomenon is that as they rise in life, unless they are absolutely drunk with power, people realize their own limitations. They cannot achieve organizational goals alone. In fact, the higher they travel in the hierarchy, the greater is their dependence on other people.

Professor Dhawan needed all manner of experts—material scientists, physicists, telecom, electrical, electronic and aeronautical engineers for his mission to succeed. He knew instinctively that he could deliver results only if each and every one of them performed to their full capability and gave it their best. For the mission to succeed he had to communicate his urgency to them, and this would be much easier if they felt that he was one of them rather than some remote, distant and aloof figure. That is why he shouldered the blame when they failed and let them take the credit when they succeeded.

Excerpted with permission from The Moral Compass: Finding Balance and Purpose in an Imperfect World, Hardayal Singh, HarperCollins India. Read more about the book here and buy it here.

Join The Dispatch Whatsapp Group to stay updated
The Dispatch is present across a number of social media platforms. Subscribe to our YouTube channel for exciting videos; join us on Facebook, Intagram and Twitter for quick updates and discussions. We are also available on the Telegram. Follow us on Pinterest for thousands of pictures and graphics. We care to respond to text messages on WhatsApp at 8082480136 [No calls accepted]. To contribute an article or pitch a story idea, write to us at [email protected] |Click to know more about The Dispatch, our standards and policies
TagsHardayal Singh HarperCollins India Self help book The Moral Compass

Acharya Prashant’s book reveals the true meaning of real joy, or ‘Ananda’
“Sing, Dance and Pray”: This book presents the inspirational story of Srila Prabhupada, the founder of ISKCON
Comment