Over a decade ago I had written this piece about a pilgrimage to Shardapeeth. With good news about possibility of its opening for Hindu pilgrims from India, wanted to share it with you

It was a special moment for writer Prof Ayaz Rasool Nazki, when he reached Sharda temple in Pakistan Occupied Kashmir (POK) in 2007, becoming one of the first Kashmiris after partition to have visited the revered shrine, considered one of the oldest temples in the region.

“I strongly felt the spirit of my forefathers there who have visited the shrine for thousands of years” , said Prof Nazki, while giving an account of his journey.

Prof Nazki, former regional director of the Jammu & Kashmir chapter of the Indian Council for Cultural Relations, is a noted scholar of the state with many books to his credit. He is author of novel ‘Satisar: The Valley of Demons’ and poetry collection ‘Songs of Light’.

“It is difficult to put in words the time I spent at the shrine. It is a place to be experienced. The temple may not be in its pristine glory, but the energy of the place is same, it immensely affects you. I couldn’t even sleep that night there, as I wanted to treasure all the moments spent in that sacred area, filled with divine aura and grace’’, said Prof Nazki.

Considered one of the 18 Maha Shakti Peethas in the Indian subcontinent, it is said it was at this shrine of Sharda where the right hand of Shiva’s beloved, Devi Sati, symbolic of writing, learning and action , had fallen. And this seat of Shakta tradition over the centuries also emerged as Shardapeeth, one of the largest universities the ancient orient has seen, with Kashmir’s own script getting its name from this Goddess of learning and knowledge.

Prof Nazki had visited the shrine on July 2-3, 2007, located in Neelam district in Sharda tehsil of POK, near an army unit.

Stressing that Sharda temple is a symbol of “our common heritage, ethos and roots’’, Prof Nazki said that he was happy to see the temple structure standing there as he didn’t expect that it would have survived last 60 years without much specialised care.

“Most surprising fact is that the devastating October 5, 2005 earthquake has not affected the shrine at all or even the Shardha tehsil at all, while the rest of the areas in POK has witnessed much destruction’’, he said.

Nazki added that the temple has a square base with each side measuring nearly 24 feet and is nearly 30 feet high. He said that floor of the sanctum sanctorum of the shrine was filled with soil, with spring within the sanctorum perhaps having got filled up.

“The 8X8 feet stone slab which is said to have covered the spring was nowhere to be seen’’, he said.

Kashmiri Pandits have not been able to visit this sacred and much revered shrine for over last seven decades , after LOC separated Kashmir into two parts. The shrine is barely 10 miles across LOC in Kupwara region in the upper Kishenganga valley (also called Neelum valley) in a small village Shardhi.

Some pre-partition accounts of Sharda pilgrimage are credited to Shamboo Nath Thusoo, SN Katju, Pandit Bhawani Kaul, Pandit Harjoo Fehrist and so on. In exile, our community veterans like Vinod Pandit, Ravinder Pandita, Anil Bhat, King Bharati Ramesh Hangloo and some others played a key role in creating awareness and consistently pushing the demand for opening of the Sharda shrine for pilgrimage.

The shrine is atop a hillock at a height of about 550 metres on the left bank of Kishenganga river, with 63 stone steps taking one to the shrine. 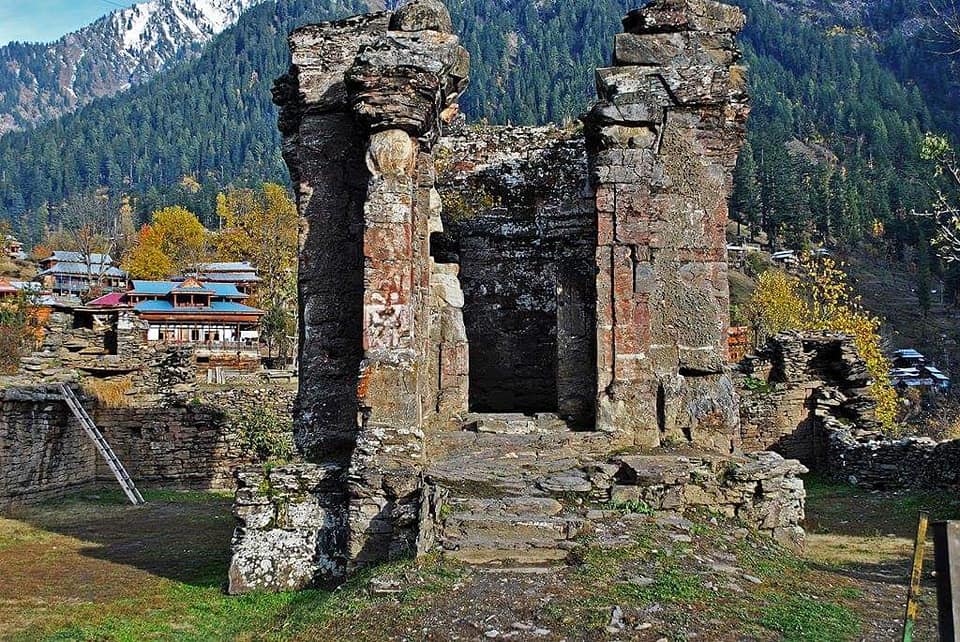 Narrating his experiences of the visit, Prof Nazki claimed that he was the first lucky Kahmiri to visit the shrine after 1947. Asserting that a mechanism needs to be drawn for its immediate protection and restoration, Prof Nazki said that all the universities on both the sides should join hands in the preservation of this great heritage of the region.

In April 2008, Nazki also held a photo exhibition on his pilgrimage to Sharda Peeth. After the exhibition, the then Governor Lt. General (Retd) S K Sinha had also hinted about setting up of Sharda Peeth University in Kashmir. That remains a cherished dream. 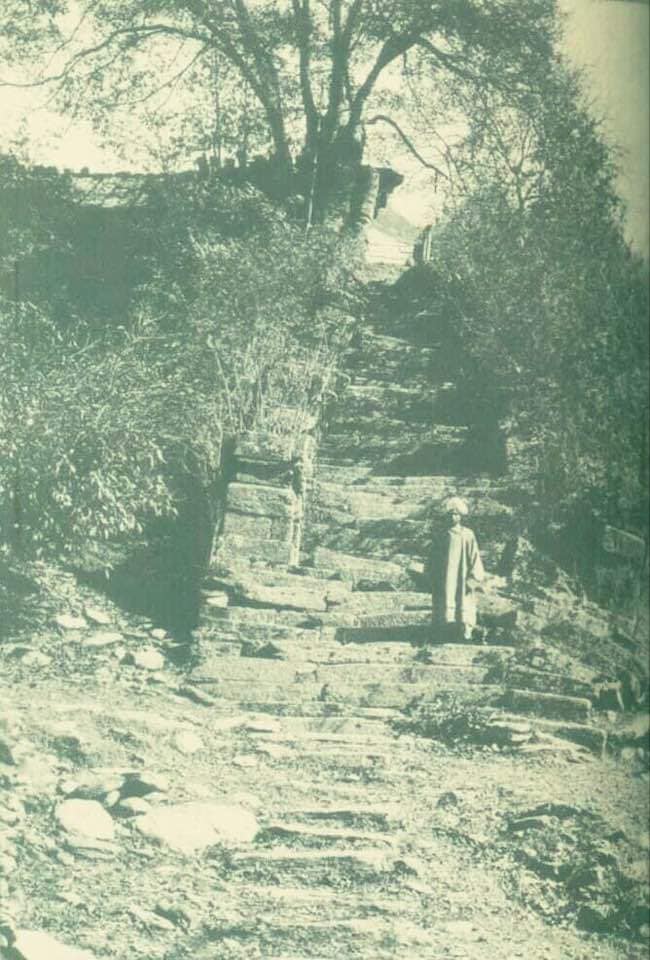 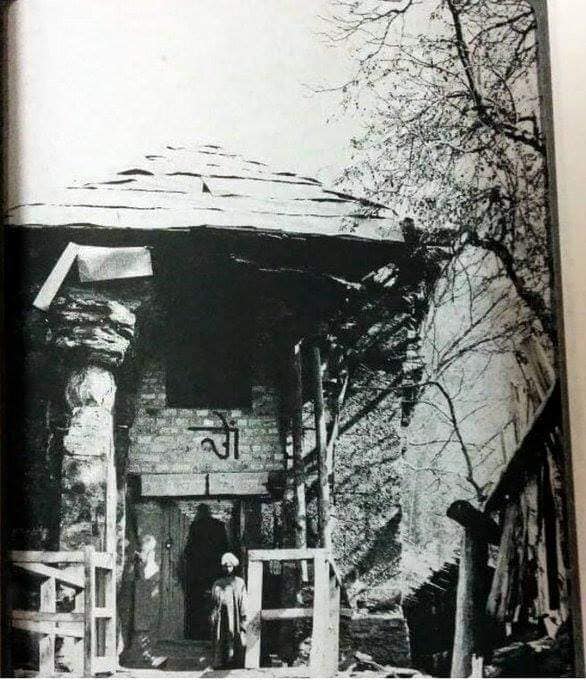 Adi Shankaracharya is said to have visited this shrine in 8th/9th century AD and penned the famous ‘Saudharya Lahri’ in praise of the Goddess.

According to some available records, there was a wooden, presumably sandalwood idol of the Goddess in the Sharda temple till early 15th century or so. Many miracles were attributed this idol of the Goddess like on every eight day of the bright half of the month, the idol would begin to shake..

However when Aurel Stien visited Sharda shrine in September 1892, there was no idol of the Goddess there. Just the stone slab in the sanctom sanctoram said to cover a spring in which the Goddess is said to have appeared to Rishi Shandilya.

Would like to sum up this write up with…

Yuvraj Singh compliments Rasikh Salam, said “He is going to be special in the next 2-3 years”
Mystic Conversation with Subah Rajput