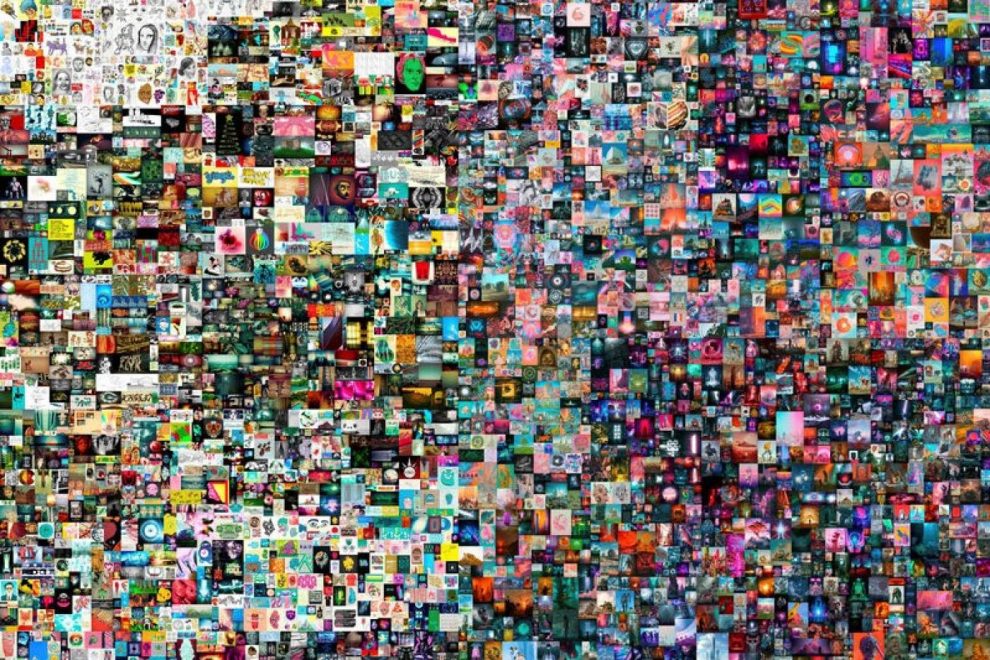 LONDON: How much would you pay to own a piece of art that doesn’t exist in the real world? For some people, the answer is millions.

And that’s before you count the environmental cost.

A virtual work by cult artist Beeple sold for more than $69 million dollars on Thursday in a timed Christie’s auction that set a new record for such digital works.

It is a fast-growing market with high risks and rewards.

Creators – from musician Grimes to meme-makers – are cashing in on booming demand for crypto-art with ownership certified by blockchain data known as a non-fungible token (NFT).

Here is how prosaically named NFTs are driving stratospheric price rises for art that only exists online – and why legal grey areas and hefty emissions might lead buyers to think twice.

They are a type of digital asset – essentially a tradeable, digital ownership certificate, authenticated through blockchain networks that hold a record of the underlying data.

NFT stands for ‘non-fungible token’ – each one represents a unique asset.

Though they can be used to trade a myriad of physical and digital goods, they have mostly been used for virtual art sales.

Creators can choose to sell the ownership rights to a one-off work, or they can issue a series of digital copies comparable to limited art prints or trading cards.

2. Why are prices skyrocketing?

Blockchain – essentially a digital ledger – means virtual art can be authenticated as one-of-a kind or limited edition and so become collectible, despite the fact it can also be downloaded and reproduced with ease.

“An original painting or a limited edition print are valuable, in large part, because not everyone who wants one can own one,” said U.S. law professor Aaron Perzanowski.

“That’s not true for digital assets. They can be replicated infinitely. But NFTs hold out the promise of actually owning something unique.”

Another work by Beeple – real name Mike Winkelmann – sold for $6.6 million this year, while Canadian musician Grimes made $5.8 million with a collection of her NFT artworks, and a gif of the rainbow Nyan Cat meme sold for more than $500,000.

The online Beeple sale marks the first time a purely digital, NFT-based artwork has been offered by a major auction house, with Christie’s experts expecting more to follow.

“Digital art continues to gain momentum as a direct result of NFTs and blockchain technology,” said Noah Davis, a Christie’s specialist in post-war and contemporary art.

“We believe that there will be significant growth of the market for NFTs, both within the digital collectible community and the wider art market,” he told the Thomson Reuters Foundation in emailed comments.

You might think buying a NFT-based artwork gives you the exclusive right to own a copy and make use of it, but not so.

NFTs are easily viewable online – and there’s nothing to stop anyone from making a copy. Indeed, in the case of a meme, the fact is it so widely shared might be part of the appeal.

So what are owners getting?

Generally, it’s nothing more than the ability to claim and sell the right of ownership to the work, said Perzanowski, with artists typically retaining the copyright to the underlying art.

That boils down to “bragging rights”, argued Alex de Vries, creator of the Digiconomist platform, which examines the unintended consequences of digital trends.

“With traditional artworks if you buy then, you typically get to hang them in your house. With digital artwork you get to save a copy of the artwork but so can everybody else,” he said.

There is little to stop the creator of a limited-run NFT from making and selling more copies, which could reduce the value if you are the original buyer, said Perzanowski.

“NFTs are ahead of their time, and as is often the case, the law hasn’t caught up,” he told the Thomson Reuters Foundation.

4. Why such controversy over their energy cost?

NFT art has a dirty secret: most is stored in blockchain of the Ethereum cryptocurrency, which has a heavy carbon footprint.

Its annual energy use is on a par with Ireland’s, said de Vries of Digiconomist, a hidden cost for many buyers.

“I definitely think people should be more aware,” he said.

Artist Memo Akten created a website that estimates the carbon footprint of digital art, many of which rival a typical European’s electricity usage over weeks or even months. http://cryptoart.wtf

Green-minded collectors might look for pieces which avoid Ethereum and instead use lower-carbon systems – or avoid NFT artworks altogether.

Akten has also called for platforms to be transparent and commit to a lower footprint and offset emissions.