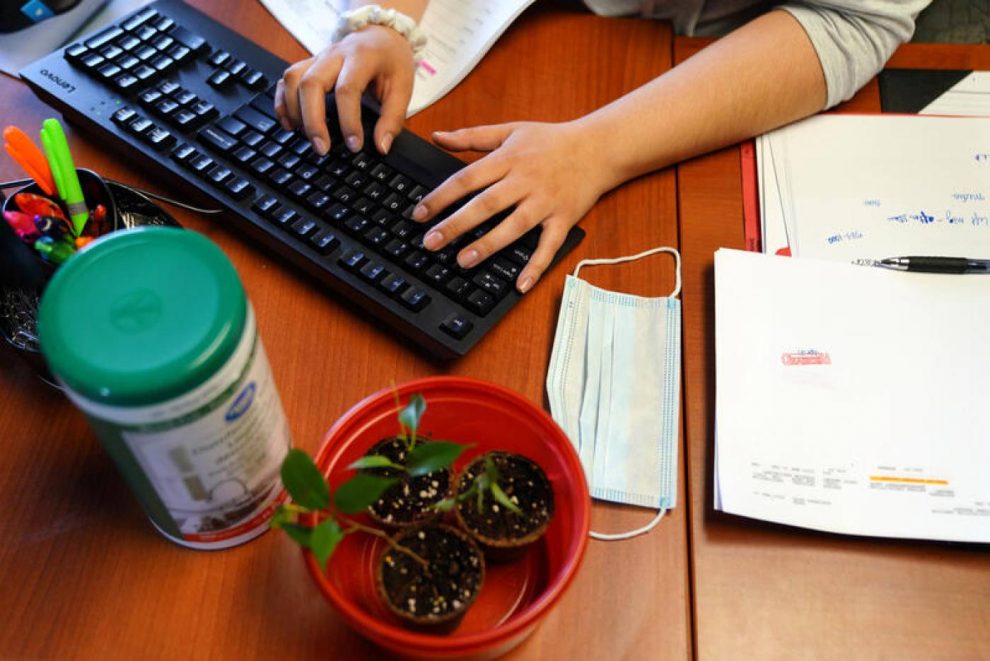 BERLIN: As countries from Britain to Israel enter fresh coronavirus lockdowns, employers are increasingly turning to surveillance technologies to monitor remote workers’ activity on electronic devices and measure their productivity.

The Thomson Reuters Foundation spoke with Pakes about why rolling back worker surveillance has become one of the union’s major priorities for 2021.

To what extent has the new era of remote working brought on by COVID-19 increased worker surveillance?

It was kind of there before COVID-19; we were already beginning to see how technology was blurring lines between work and home lives. But during 2020 we saw a whole mainstreaming of digital surveillance.

Of course, we acknowledge this kind of worker monitoring has been a big issue for blue collar workers, people working in delivery and warehousing for a long time.

But now, more than ever, bad employers are relying on the isolation of workers who are working from home to exploit our data rights on a new level.

And when we saw Microsoft promoting its own productivity monitoring tools late last year, that was the clearest sign this was becoming very mainstream.

(N.B.: In December, after labour groups like Prospect criticised productivity measuring tools in Microsoft 365 software, the company made changes to bolster privacy in the suite of apps, such as giving managers visibility into aggregated data rather than individual activity.)

What kinds of surveillance are you talking about here?

There’s the stuff we’re all familiar with that comes from working from home: if you’re on a Zoom call, everyone can see what your house looks like, if you have children, that kind of thing.

But we also see the abilities of the newer tech to take camera shots of workers as they work, monitor their keystrokes, and look at browser history.

All of this raises huge issues, not just abstract rights, but also personal safely, and the ability to have a private life as we are working from home.

A lot of this kind of surveillance are arbitrary measures that aren’t really about increasing productivity, but about a lack of trust in workers.

We are really seeing a lack of transparency about how the tech is being deployed. Obviously, employers can use tools like Microsoft Teams and Microsoft Office without intruding on privacy or micromanaging, but it is key to understand the boundaries.

What rights do workers have to resist excessive monitoring?

The law is clear in the United Kingdom, employers have a legal duty to inform workers if they are introducing or using digital surveillance.

If data is being collected, workers should know if it’s going to be taken into account for promotions, and if you’re going to be disciplined, or fired based on it.

The use of workers’ data is a fast-changing environment, and we are campaigning for stronger digital rights going forward – beyond transparency.

Last month, we sent a letter to the Information Commissioner’s Office asking it to update its code on employment practices to take all of this into account.

Why are you prioritising this issue now?

Data is a major health and safety issue for this century. It used to be that the workers were harmed from the means of production in their workplaces, when they were working by hand.

Now we are into an era where data is a source of value; our employers have commodified it. And it can be wielded to do harm too. So, it makes sense that data is the new frontline for  workers’ rights.