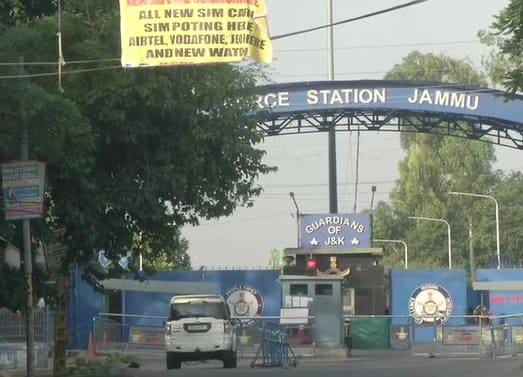 Though the drone attacks on Jammu airport claimed no lives, we still need to be cautious, because if this is the first salvo in a new campaign of terror, then it marks a dangerous phase in the Kashmir militancy that can result in heavy casualties, with high costs to personal liberty and significant added burdens on state.

As of now, from what we hear of the drone attack is that these were relatively low intensity bombs & the drones that deposited them were pre-programmed to do so at an exact GPS coordinate.

The first bomb caused damage to a technical building, the second exploded in an open area. This is not the first time such tactics have been used.

The Japanese in World War II had already used bombs like this attached to balloons. These bombs would traverse the entire span of the Pacific Ocean and deposit their payload over the western seaboard of the United States.

Militarily, however, they were completely insignificant: despite over 9300 bombs being sent across the Pacific only one person was killed. The primary purpose was to instil a sense of terror in the United States mainland and to end the sense of impunity that America operated with. In this they failed spectacularly.

Through the last 30 years, drones have developed significantly and acquired massive leaps in capability. They have wreaked havoc on Al Qaeda and other terrorist organisations in Afghanistan and other hotspots, used for targeted and precise eliminations by both Israelis and Americans.

In the recent war between Armenia and Azerbaijan we have seen a video footage of drones swooping down on their targets such as the formidable Russian S300 Air defence system, before such systems had the time to react. What makes these weapons particularly dangerous is the fact that they fly very low making them undetectable to radar and leaving little by way of reaction time once detected. However, it is worth noting that these modern drones have an extremely high technology quotient. Usually, there are issues with the massive bandwidth required for two way data transfers such as relaying the image and targeting information between the drones and the operator via satellite as line of sight communications are not possible beyond a certain distance.

To note though today’s drones were not militarised drones, but in all likelihood, cheaper commercial drones that can fly a pre-programmed path or can be radio controlled within line of sight. This tells us lot about how terror groups intend to use these devices as well as the limitations and opportunities. For starters the attack seems to have been carried out by a relatively crude device, set to detonate at predetermined GPS coordinates and as such does not seem to be guided by a remote operator. This gives us significant avenues for preventing such attacks in the future. For example, the installation of GPS jammers across all sensitive installations would ensure that such drones fly off their path due to jammed GPS signals. Similarly, we could get into Geo fencing agreements with commercial drone manufacturers. Such an agreement would ensure that manufacturers pre-programme codes into their products that prevent them from flying over or around certain areas — especially around critical infrastructure.

The problem though becomes one of attribution and economics. In terms of attribution these drones could’ve come from anywhere either across the border or from some local villager operating around the region. A forensic analysis of the drone will not be able to pinpoint either the point of origin or the operator as a result, providing anonymity to the originator of the attack. In terms of economics, it vastly simplifies the infrastructure required to carry out such terror attacks. A normal attack for example requires significant training and motivation of the individual volunteers to carry out said attack. Additionally, the terrorist would normally have to bypass several checkpoints and layers of security and scrutiny. However, in this case no motivation or training is required as even a basic recreational drone operator would suffice and be able to carry out an attack without any fear of being tracked , detected or shot down. Also, given that these would fly over and barbed wire or checkpoints, they are relatively immune to detection. The costs of carrying out the attack therefore reduce significantly both in terms of smuggling of explosives across the border and in terms of carrying out the actual attack itself by virtue of simplifying the entire logistics chain and reducing risks massively. This clearly represents the start of a whole new dimension to the terror cycles that the Kashmir Valley has experienced. Given that it makes attribution to Pakistan as well as the individual terrorists virtually impossible, the number of volunteers is only expected to rise.

Unless India decides to invest massively in expensive security measures including the detection and registering of commercial drone imports as well as an extensive program of Geo fencing that involves sharing the coordinates of sensitive locations with foreign manufacturers, such attacks are only going to become more frequent.

Unfortunately, there is no way of pinpointing what drones get sold to neighbouring countries since they are not covered as military technology and hence registered as exports, significantly complicating the problem of attribution. It is however telling that terror infrastructure in the Kashmir Valley has been so seriously eroded since the abrogation of Article 370, that a whole new set of tactics and equipment had to be innovated, to keep up the tempo of the insurgency. This clearly includes a difficulty in cross border smuggling or arms and terrorists, a clear lack of willingness by locals to volunteer, and a significant reduction in the ability of Pakistan to coerce locals to carry out attacks.

While this is good, we need to keep our antennas up and need to be prepared for further such attacks which will almost certainly result in mass fatalities, unless urgent measures are taken immediately.

The author is Senior Fellow at the Institute of Peace and Conflict Studies. Views expressed are personal. (Courtesy : News 18)