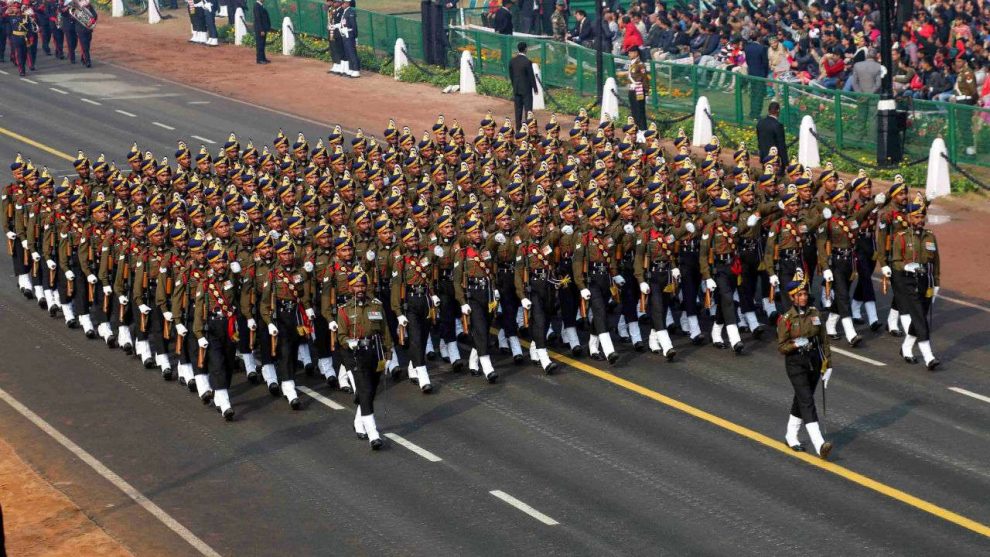 The recent past has witnessed yet another public difference of opinion regarding the nature and contours of ongoing efforts at integrating the armed forces. While debate and deliberations on major decisions, including the military, are welcome, the acerbic point and counterpoint that accompanied a flurry of articles thereafter, seemed to go beyond such deliberations. Is the air force a supporting arm like artillery? Is there a problem with how the army views the air force and vice versa? Does the army even understand air power? What is wrong with the provision of providing support to the army in war? And the list goes on.

Several attempts have been made to answer these questions, often accompanied by innuendoes. However, none of them provides an answer to the question that leads to simmering exchanges both in private and public. The question is: Why have the proposed structural changes led to deep-seated and deep-rooted anguish within the three services? While turf wars may immediately come to mind, it is more important to discuss a more fundamental issue that involves not only the armed forces but also the decision-making authorities.

On 15 August 2019, Prime Minister Narendra Modi announced the profound decision of creating the post of Chief of Defence Staff (CDS). It would be stating the obvious that it did come as a surprise to most strategic analysts, who expected, at best, the appointment of a Permanent Chairman of the Chiefs of Staff Committee, given the lack of “political consensus” in the past and differences between and amongst the bureaucracy and services. The government’s intention was quite clear. They were no longer willing to accept single service turfs being protected, often at the cost of efficiency and under the shadow of sub-optimal delivery. Since the services had themselves failed to take adequate steps in this direction, the decision, as many had recommended, had to come from the political leadership.

The transformative initiative did not end there. Yet again, much to the surprise of most if not all, by the end of the year, it was announced that the Department of Military Affairs would be created with the CDS as its head, in the appointment of Secretary, Government of India.

Amongst the responsibilities assigned to the CDS is to bring about greater integration and, more specifically, the creation of theatre commands. However, as events seem to suggest, there are fundamental differences amongst stakeholders on the role and structure of these commands. The reasons are not difficult to discern. And they go beyond guarding service-specific turfs.

The effectiveness of structures remains critical to the fulfilment of an assigned mandate. However, it is more important to have a singular thought process. In this particular case, the thought that drives future warfighting doctrines and strategies. A brief look at the three doctrines/strategies released by each of the services over the last decade suggests service-specific clarity, but little in terms of joint warfighting synergy. As an illustration, does the air force share the army’s perception of hybrid wars and their changing character? Similarly, does the army share the perception of shaping the war zone as envisaged by the air force? And finally, are the army and air force clear about their respective roles in how the navy will pursue its strategy in the Indian Ocean Region or for that matter the Indo-Pacific? At least the joint doctrine does not suggest so, nor do the publicly available service-specific documents.

Unless the armed forces and the security establishment in India take a singular approach to warfighting, which includes evolving a singular concept of warfighting, identifying threats and challenges, and medium and long-term capability development goals, differences that make headlines will continue to recur time and again.

The Kargil conflict of 1999 and its aftermath also witnessed a similar back and forth between the army and the air force. It is futile to get into the merits of the arguments on both sides. However, it is certainly pertinent to seek reasons for the same, and these were exactly the same 22 years ago as they are now—a glaring disparity in how warfighting is perceived by individual services and unless pushed by circumstances, preferring to go it alone. Unfortunately, none of them is willing to concede that more often than not, service interests overshadow the interests of warfighting as a collective national endeavour. This is not peculiar to Indian conditions. Since 1946, when Harry Truman ordered the creation of seven unified commands, the US armed forces have squabbled amongst themselves, often leading to disastrous results. Resultantly, from the 1986 Goldwater–Nichols Act in the US to the Levene Committee recommendations in the UK, major changes have come often against the wishes of the armed forces.

However, structural changes, despite all impediments in the past are still easy to implement. It is more difficult to ensure that these follow a single warfighting thought process rather than multiple ones stitched together. This must emanate not only from the highest levels of the armed forces in their avatar as the senior-most professional military soldiers but also from those responsible for the defence of the country, i.e., the policymakers. In the absence of a single thought process, the public display of fundamental differences is bound to happen.

This is not to say that professional differences are not possible or welcome in any discussion. Quite the contrary, these are bound to enrich the final decision-making ability of policymakers. However, such debates must precede a decision as momentous as the creation of theatre commands. Once the decision is taken and the services are on board, every constituent of the government must work together to make it a success.

The fact remains that despite the concept of integration and theatre commands being analysed for years, there was little effort to debate its implementation amongst the three services. The strong positions taken on the subject, rarely allowed for more light than heat to be generated. The decision has since been taken. However, considering the present circumstances, it would still be prudent to evolve a concept of war to facilitate ironing out existing and, if one may add, passionately held positions.

It is often said that there is nothing that India can learn from the example of the US integration process, given the stark differences in resources and capabilities. Nothing could be further from reality. One can learn about the cost of committing the same mistakes that the US made when decision-making was dogged by inter-service rivalry and attempts to guard sacred turfs. It can also be learnt that there is value in singular strategic guidance and joint doctrinal thought. While this may not be a guarantee against errors, it can serve the purpose of limiting them. What can certainly happen as a result of well-intentioned mistakes and constraints of understanding, must not be compounded by procedural weaknesses and limitations. Having a single perspective of warfighting is one such urgent need that must be met sooner rather than later. In its absence, structures will remain structures, without the indispensable thought that guide them.

And finally, how much time do the services need to seek consensus on this issue? A broad strategic guidance must be finalised within three months in conjunction with political inputs and the underpinnings must thereafter be converted into a single military strategy within one year. While the first stage will provide the basis for taking forward joint structures, the latter will facilitate the creation of integrated operational directives thereafter. These directives will provide the direction for theatres to subsequently undertake a follow-up of the same at their level. The ongoing debate yet again reinforces the need for a National Security Strategy and a Defence Strategy, which must become the basis for military strategy to evolve. However, given the present circumstances, the services cannot use its absence as an alibi for stalling the ongoing reform process.

The author is a Research Fellow at the IDSA and views are personal. The article first appeared on IDSA.